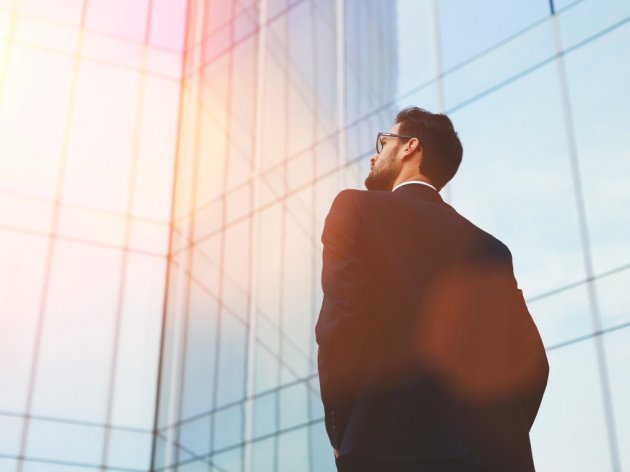 (Photo: GaudiLab/shutterstock.com)
The investment team of eKapija has analyzed and formed a ranking list of the investments and investment ideas that our users found the most interesting in 2018. The results are very interesting. Some are expected, although there are plenty of surprises too, which is why we’ve decided to share this information with you.

We present the most interesting projects in the REAL ESTATE (residential and office space) category.

In only a few years, the capital of Serbia has grown “taller”, getting a whole new look. The trend of “Belgradization” therefore continued in 2018, as expected. Our list is dominated by 20 projects which are being realized in the Serbian capital. We must once again note that, although the skyscrapers look good, if they are not accompanied by adequate traffic regulation, wider streets and more traffic lanes (which hasn’t quite been the case so far), we are looking at increasingly worse traffic jams and other problems.

The list features many well known names, which are expanding their complexes and building more office space, primarily in New Belgrade, such as Navigator and Sirius.

The further growth of investments in condominiums is also noticeable, and they seem to be more popular each year. The list also features several new players outside of Belgrade – in Jagodina, Gornji Milanovac and Leskovac, providing a sliver of hope that modern construction has reached other parts of Serbia as well. There are also inexpensive apartments for security force members, holding a strong position on the list.

Without further ado, the winner for 2018 is… 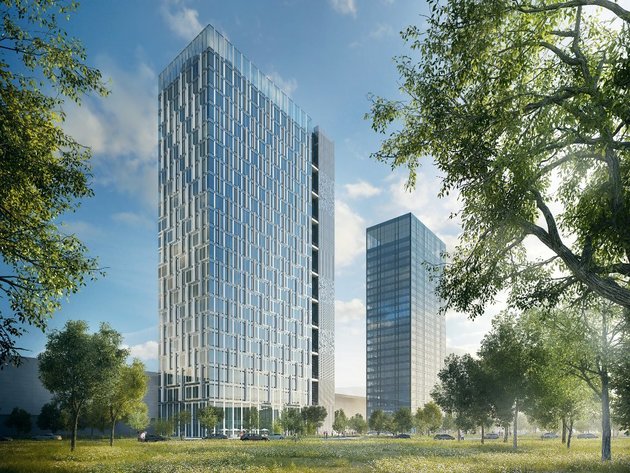 Usce Tower Two, the construction of which began in February 2018. Located on the confluence of the Sava into the Danube, the tower will be well connected to all parts of Belgrade. Designed as an A+ class office building, Usce Tower Two will have 22 floors and 23,200 m2 of lease space. The value of the project has been estimated at around EUR 65 million, and the investor is MPC Properties.

The facility will have an underground garage with a net area of 21,000 m2 with 740 parking spaces.

The completion of the works and the official opening are planned for the first quarter of 2020.

Last year’s winner is now in the second spot – Skyline in Kneza Milosa Street. The Skyline complex is worth EUR 200 million and will consist of three towers – an office tower and two residential towers. This is a project of AFI Europe, one of the leading companies in the field of real estate and investment development in Central and Eastern Europe.

Residential units should take up 34,000 m2, retail space should amount to 4,000 m2, whereas office space will take up 30,000 m2. Furthermore, Skyline will also encompass an underground garage with around 900 spaces, a wellness and spa center, a gym, a Wi-Fi zone, the Tri Kljuca park and many other features.

The first residential tower, with a full underground section, should be completed by the end of 2020. It will feature around 170 residential units and the spa and wellness center and the Tri Kljuca park will be finished along with it. It has not yet been decided what will be built first within the second phase, a business or a residential tower, because, as they say, there’s plenty of interest in both the office space and the residential space.

The third spot belongs to the first condominium in New Belgrade, the Wellport project. The renowned Israeli company Shikun & Binui Group will build Wellport, which is located right next to the first business park in this area – Airport City Belgrade. Wellport is an investment worth EUR 130 million, and 500 modern residential units will be offered in the market – from studios to five-room apartments, which will be built in four phases. 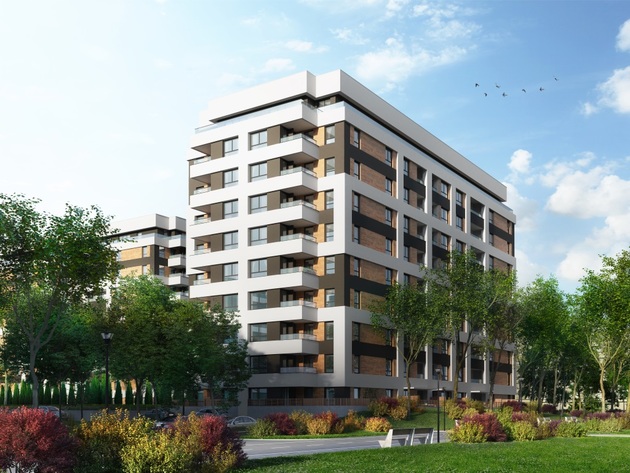 Wellport
The first condominium in New Belgrade was designed by world-renowned Israeli architect Rami Wimmer, and the design is supposed to provide future residents with the premium quality of building, focusing on natural materials and carefully selected equipment in line with the latest technologies and energy efficiency requirements. A special feature is the condominium’s Smart House system, which enables users to switch the lights and heating in the apartment on and off and raise and lower the blinds when they’re not at home.

Belgrade Waterfront has dropped to the fourth spot, and the year behind us will be remembered, among other things, by the completion and the opening of the first BW Residences building. The building encompasses 296 modern residential units of various structures, from two-room to five-room apartments. Designed to match global construction trends, the apartments feature spacious balconies providing a view to the Sava, the city and the Belgrade Tower, the future tallest building in Serbia and a symbol of the capital of Serbia.

Representatives of companies Belgrade Waterfront and Pizzarotti signed an agreement on the execution of the main construction works on the Belgrade Tower in 2018. This building, which will feature 40 floors, will be the central part of Belgrade Waterfront, and the topmost floor will feature the tallest outlook in Belgrade, providing a panoramic view of the city. The Belgrade Tower was designed by the world-renowned company SOM, and the project is being developed by AECOM.

The fifth spot on our list belongs to the complex being raised in the location of the old U.S. embassy in Belgrade – Kneza Milosa Residence. The building was designed by Energogroup, and the urban project lists KMR Development Beograd as the investor. The construction of Kneza Milosa Residence began in August 2018, and the completion of the project is expected in the summer of 2020. They say that around 100 apartments have already been sold. The plan is for Kneza Milosa Residence to have 260 apartments, 500 parking places and over 5,000 m2 of office space, and 250 workers will be employed at the construction site. 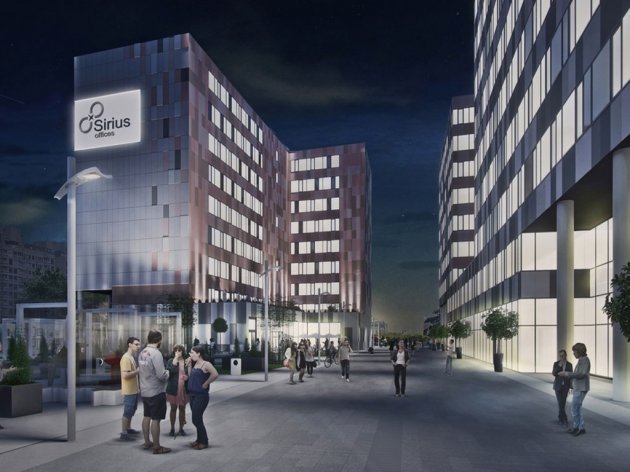 The second phase of the construction of New Belgrade’s Sirius Offices business complex took the sixth spot. Erste Group Immorent is investing an additional EUR 25 million in order to build another 12,500 gross square meters across eight floors, as well as 200 parking spaces. The works began in December, and the plan is for Sirius 2 to be completed by mid-2020 and for the first users to move in the autumn of that year. The total value of the investment, including the first part of the complex, which was built last year, is EUR 65 million.

The project is being carried out in line with the highest environmental standards, complying with energy efficiency requirements and using recycled materials. A-class offices will feature the unique height of 2.9 meters, providing additional comfort to the users. When the first part of the complex was built in late June 2018, Erste Bank was one of the first to move in.

The seventh spot belongs to Navigator 2, the construction of which began in 2018 in Milutina Milankovica Blvd in New Belgrade. This is the second phase of the Navigator project, with 27,000 m2 of lease space and a three-level underground garage with 511 parking spaces. This is a modern, A-class office building, designed and built in line with LEED standards. Navigator 2 will feature eight floors with offices of 3 meters in height and around 3,000 m2 of net area per floor. 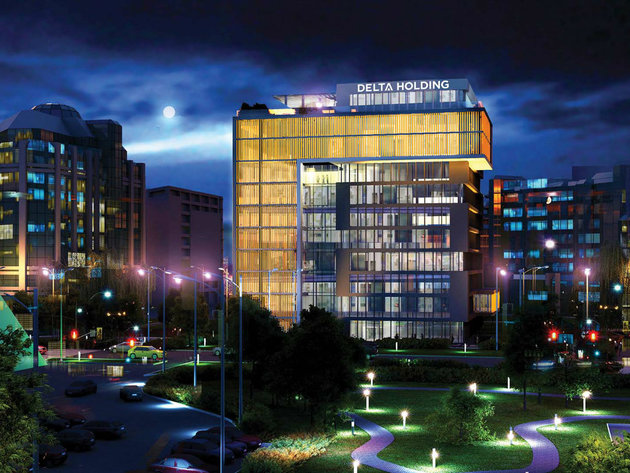 The new management building of Delta Holding took the ninth spot, and the construction should begin in 2019. The investment is worth a total of around EUR 35 million, and EUR 2.5 million will be paid to the City of Belgrade in various fees and costs of issuing permits. The design is completed, and the interior is the work of Paris-based Studio S. The new Delta Holding office building will be located in New Belgrade, between Hotel Crowne Plaza and the Genex apartments. The building’s design follows the latest global standards. According to expectations, the project will employ 300-500 workers a day. Modern solutions are featured in this project, and certain elements will be implemented in one such large project for the first time in Serbia.

Stattwerk’s green building in Zeleni Venac dropped from the previous year’s second spot to number ten. The building of the former Beobanka has a new owner can finally be expected to get a new purpose as well. The first green-façade high-rise in Serbia will have a total area of over 30,000 sqm, and the green facades will take up over 2,700 sqm. In addition to vertical green facede systems, the exterior of the facility will feature additional greenery. The roofs of around 2,600 sqm in total will also be green.

The first project outside of Belgrade on our list is Novi Nis (New Nis), which placed 11th. The investor in this project is the American company Clean Earth Capital. The foundation stone for this luxury residential-office complex was laid in the spring of 2016. Two years later, the works in this neighborhood are well on their way. The buildings are slowly being raised, and the first residents should move in by the spring of 2019.

The 12th spot belongs to the project of Zepter Group and their Chinese partners in the Block 65 in New Belgrade. It is followed by the state housing project of the construction of apartments for members of security forces, which placed 13th, same as last year. In 2018, the state founded seven companies which are to build these apartments. The Turkish company Tasyapi, which will build a total of 376 apartments, has been chosen as the contractor for the works in Nis and Vranje.

Moj Aviv in Zvezdara, with a total of 76 residential units, placed 14th. The investor, Aviv Arlon, has been present in Serbia since 2007 and is known in this market for the construction of the first retail park in these areas, the one in Pancevo, which was followed by the parks in Zrenjanin and Zvezdara.

The 16th spot belongs to Pupin’s Palace in Novi Sad, which should open in March 2019. One of the pioneers of quality modern construction in central Serbia, VIVO Living PARK Jagodina, placed 17th.

The new building in Paunov Breg, called Trg, placed 18th and is followed by the K Distrikt residential-office complex in Dorcol, worth EUR 200 million, in the 19th spot.

Take a look at our list of investments in the REAL ESTATE (residential and office space) category and compare it to your opinions, expectations and estimates.

Also, have you seen which projects caused the most attention in the TRADE CENTERS category?