Memorial complex and museum, documentation and education center and apartment hotel to be built on Cer 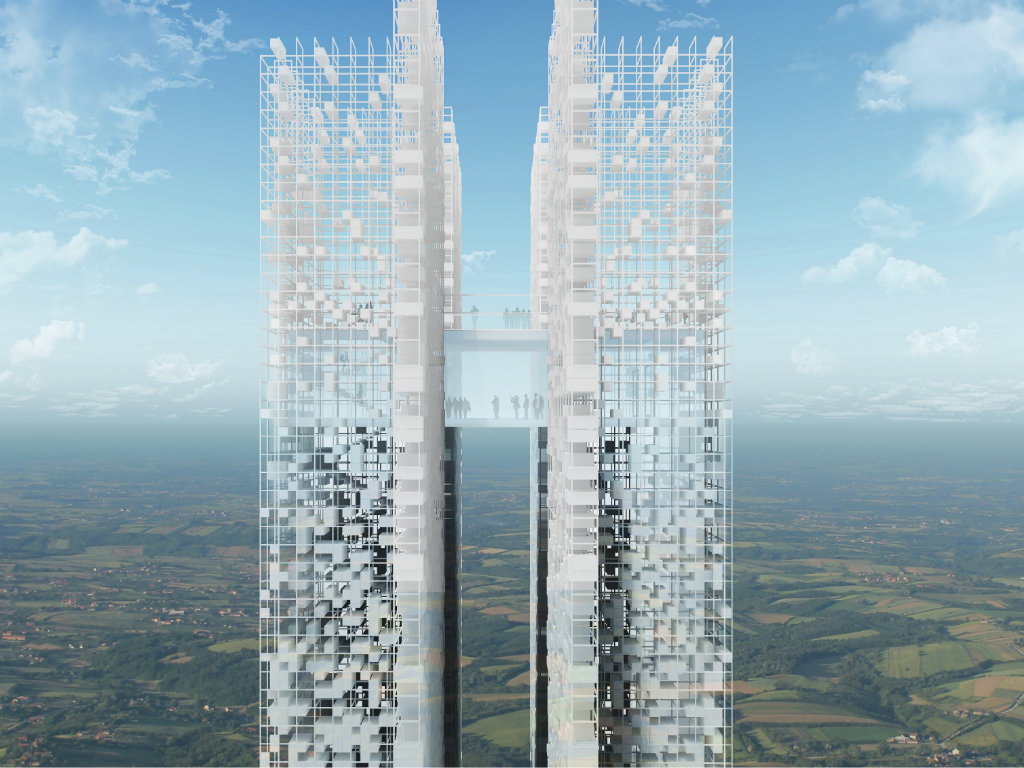 The mountain Cer, located between Loznica and Sabac, could soon get a memorial complex with a museum, a documentation and education center, an apartment hotel and other facilities.

The complex is planned to commemorate the Cer Battle, which took place during WWI, in August 1914. The arrangement is modeled after the position of the Serbian armies during the battle, as per the preliminary design which won the first prize at the recently completed contest organized by the Ministry of Construction and the Union of Architects of Serbia.

The strongly symbolic preliminary design is the work of Ilja Mikitisin, Igor Mikitisin, Miljan Salata and Rajko Andjelic. As they say for our portal, they believe that WWI heroes deserve an authentic memorial complex. In designing the complex, they took into consideration the proportions and spatial relations, as well as movements through chronological sequences, divided into four phases – approaching the mountain, viewing the monument from a distance, direct visual contact with the monument in the location and the experience from within the complex with the cross as the central symbol of the struggle for victory.

– The mountain is rich in Turkey oak and European hornbeam and rises like an island on the outskirts of the Macva area in the bottom of the Panonian basin. As such, it is an ideal location for a tower that would be visible from large parts of Serbia. The concept is based on the position of Serbian armies before and during the Cer Battle – the authors say.

They say that the complex would be located on the second highest cote between the Church of John of Shanghai and the mountain home, on an area of 2 hectares in the forest itself, next to the Roman road, which would connect to it tangentially on the south side. The idea is for the forest and the natural environment to be preserved as much as possible. 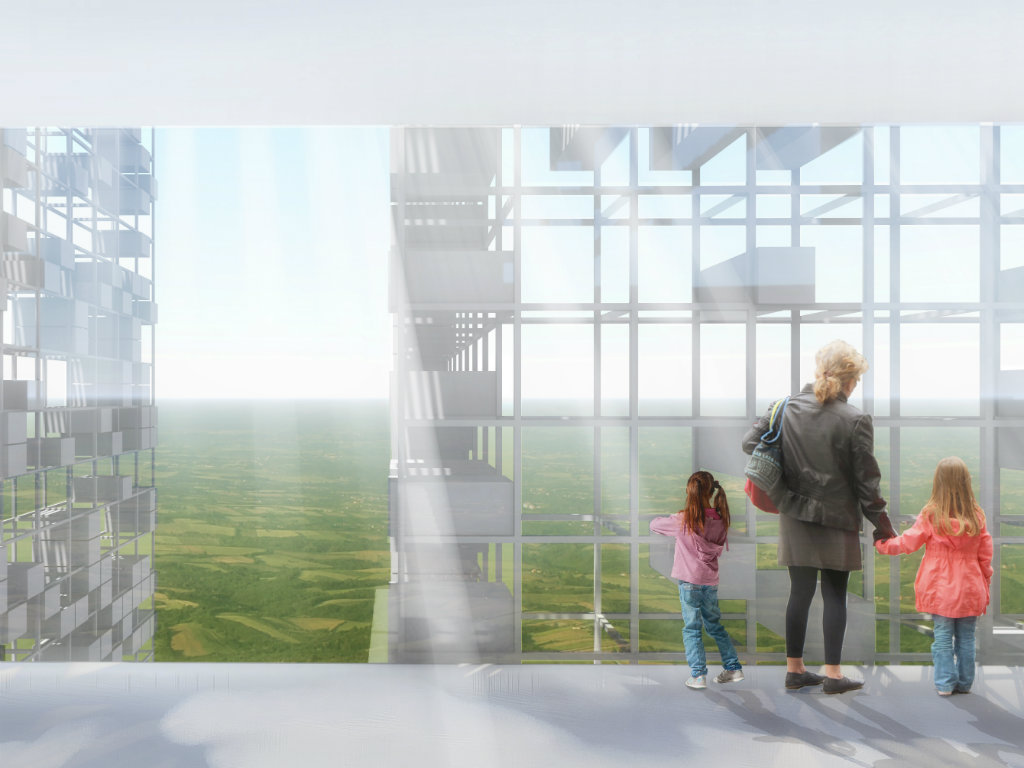 The project should take place in phases, due to the economic aspect of the proposed investment and the rationalization of the construction itself.

The symbolic-historical aspect is closely related to the Cer Battle of 1914, its enormous importance and Serbia’s great sacrifice and victory. The museum and the monument should therefore take the shape of a stylized cross, laid along the east-west direction. The entrance to the memorial complex is designed so as to gradually draw in the visitor along the platform, with a deliberately pronounced effect of entering the trenches. The arrangement and the architectural features of the museum are also meant to evoke the atmosphere in the trenches, leading the visitor to empathize with the participants in these great events.

– The Turkey oak is also present in the museum-documentation zone in small glass atriums and is the main component of the arrangement of the museum’s interior, along with vertical glass panels (walls) and rectangular roof openings (atriums). 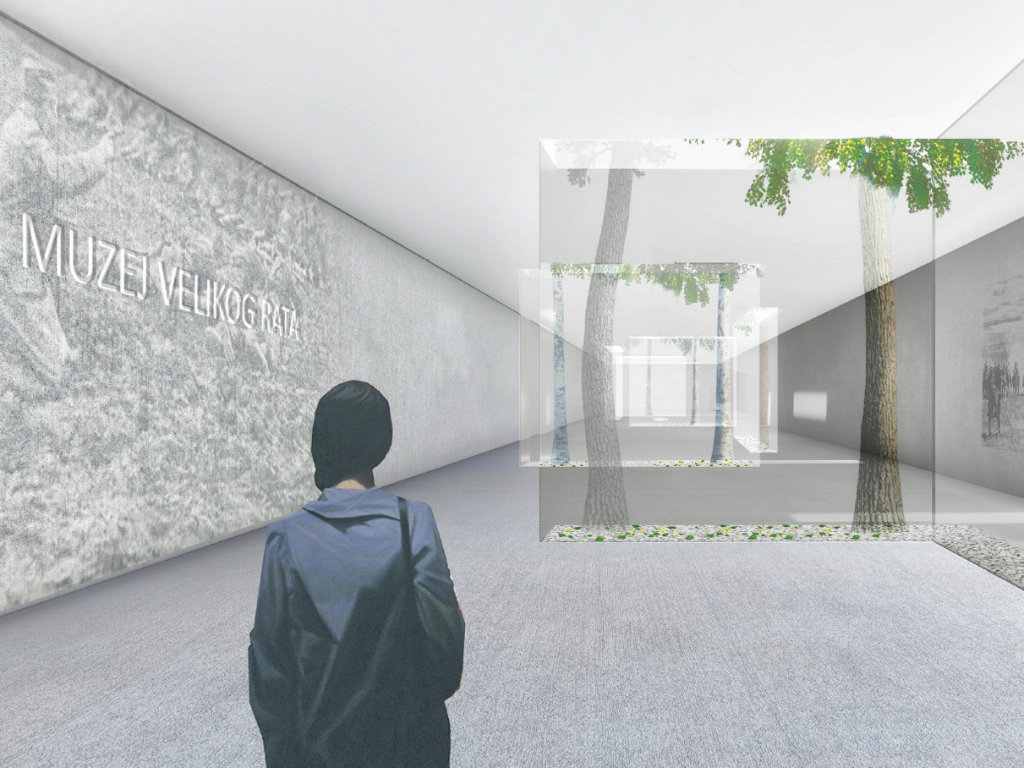 The plan is for the entrance section to feature a hall with a lobby, an information desk, a wardrobe and a gift shop. The temporary and the permanent museum exhibitions with open workshops and rooms for curators are to be located along the side sunlit through the atrium on the fifth façade (roof), whereas the multimedia library, the administrative section and the conservation rooms are located in the documentation section and oriented toward the north, providing a view through a transparent wall, making visitors feel as if they are in the forest. The depots and technical rooms are located in the back of the facility.

The primary structure of the museum and the documentation center should be made of reinforced concrete. The roof slab is pre-stressed, eliminating the need for a skeletal system in the basement area.

This roof is treated as the fifth façade and covered in grass, making it fit with the forest environment.

An overview of Serbia

The 360-degree outlook will be located 40 meters above the ground. It will be fully dematerialized and transparent (glass). According to the authors, it symbolizes victory and provides an overview of Serbia. The pronounced vertical dimension is a metaphor for the road to victory.

The plan is for the monument to be done in a cubic form, with transparent lateral planes along the longer sides of the rectangular base. The structure will feature steel fire stairs and glass panoramic elevators. 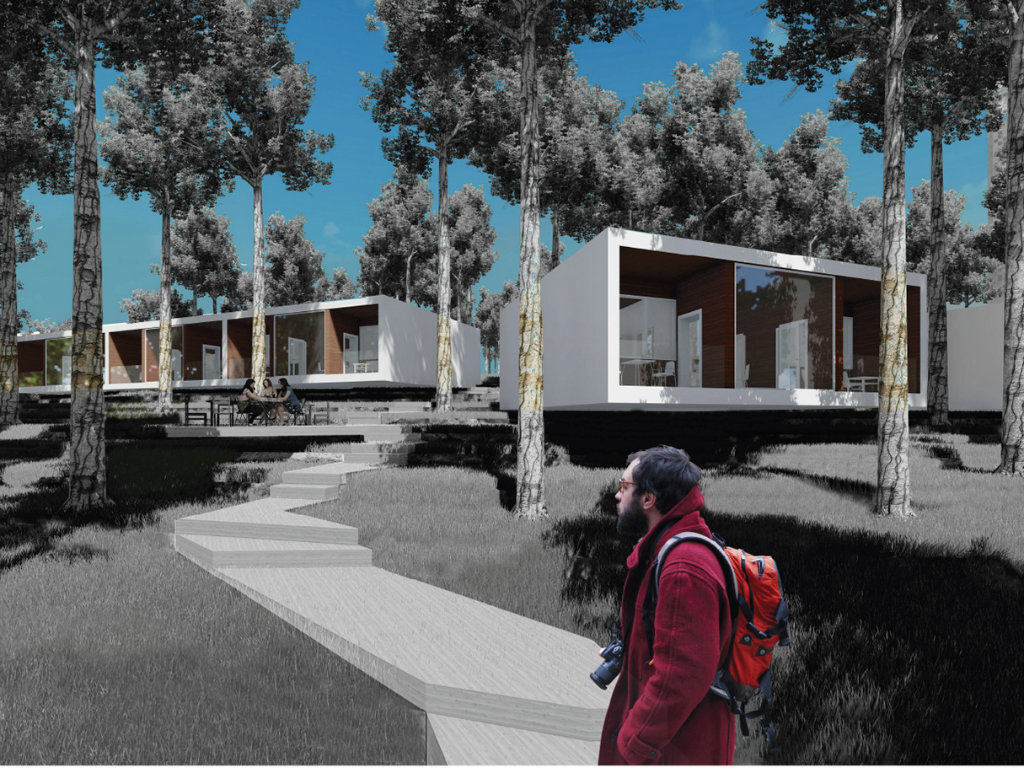 The education center, in the form of a pavilion, is designed in a way that preserves the environment as the integral part of the concept of this monument.

Accommodation pavilions are meant to meet the accommodation capacities defined by the contest.

The education center is organized as a group of pavilions, featuring a research zone, cafes and a multifunctional hall with 270 seats. Each pavilion is cubic in form and covered by semi-transparent, highly reflective glass, so as to fit as well as possible in the forest environment.

The accommodation is organized in the form of pavilions, each of which is a single module with two accommodation units. The primary materialization of the accommodation pavilions is the same as that of the museum, and other materials include the wood from local Turkey oak and European hornbeam trees.

The car and bus parking lot is to be located along the main road. The entire location features meandering wooden paths, integrating all the structures into a single unit. 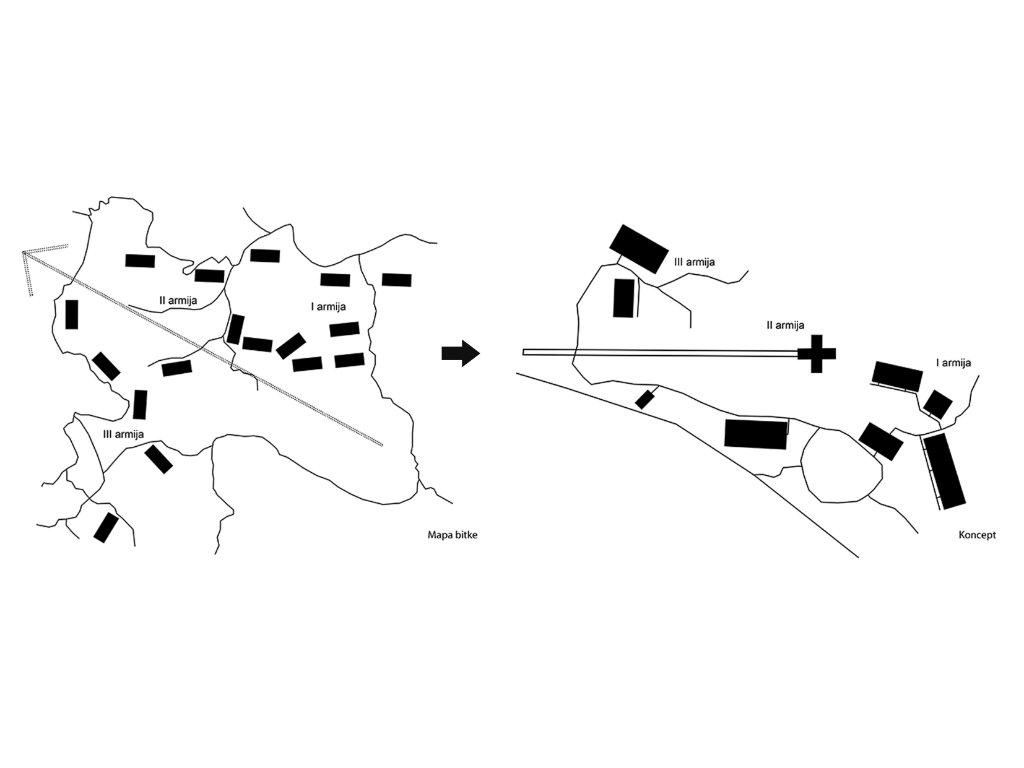 Let us remind that the Cer Battle between the armies of Austria-Hungary and Serbia took place in the area of the eponymous mountain in August 1914.

The armies fought for the control of several towns and villages in the area of the mountain, including the town of Sabac. On August 19, the demoralized Austro-Hungarian soldiers started retreating to Austria-Hungary in thousands, many of them drowning in the river Drina. On August 24, the Serbian army re-entered Sabac, marking the official end of the battle.

Over the course of ten days, the Serbian army lost 3,000 soldiers, whereas 35,000 were wounded. The Austro-Hungarian losses were far greater, with 8,000 soldiers dead, 30,000 wounded and 4,500 captured. This was the first victory on the side of the Entente and its allies.