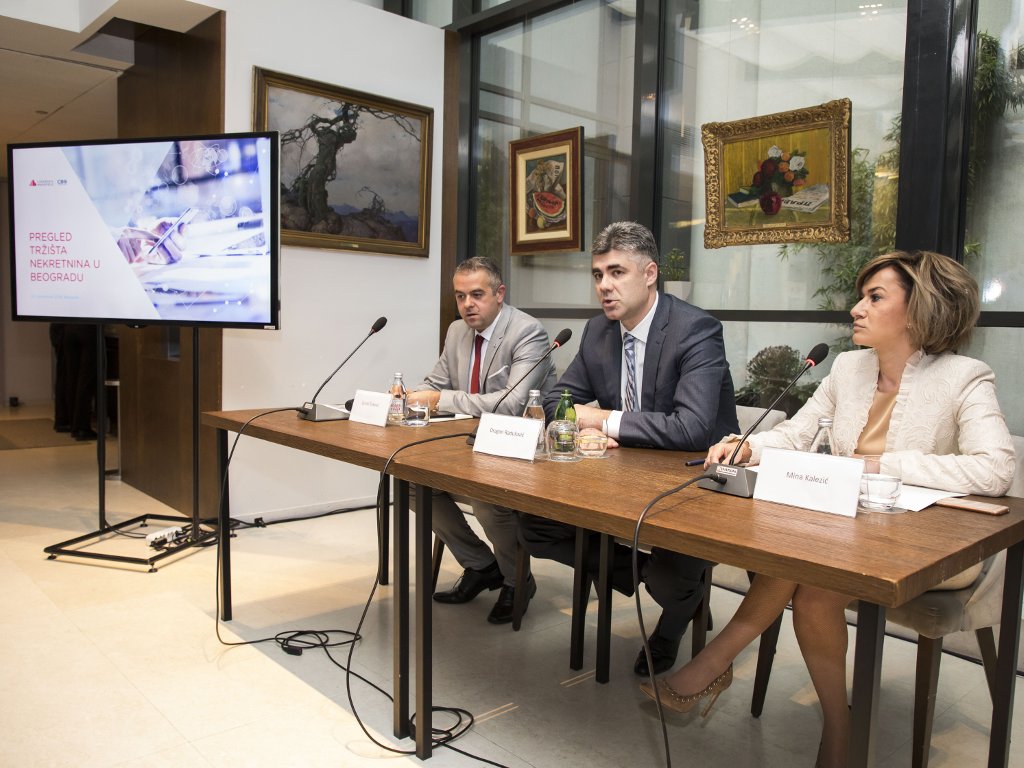 From the presentation of real estate market trends in Belgrade
The leading real estate consultant CBS International, a member of Cushman & Wakefield Group, is ending the year 2018 with a positive assessment of the trends in the real estate market in the next period as well. According to their assessment, the current number of construction sites in Belgrade has considerably grown in the past five years. The company rates the current year as very successful when it comes to the realization of announced investments. In two year, once the projects initiated in 2018 are finished, Belgrade will get its millionth square meter of newly built modern office space. In the total number of transactions realized by agencies, CBS International’s share is 65%.

The director of CBS International for Serbia, Goran Zivkovic, told the press that 100,000 m2 of office space should be traded in Belgrade by the end of the year and that it was “a record in the modern history of Belgrade”.

– The real estate market in Belgrade is very successful and has grown since 2015 – Zivkovic said.

Likewise, the sector of retail space is expected to double, as three new shopping centers will arrive to Belgrade in the next two years, which will enable the expansion of the existing ones and the arrival of new brands. When it comes to the segment of residential real estate, the demand is three times larger than the offer, and CBS International has realized apartment sale of EUR 100 million in the past three years in this segment.

– In addition to office, retail and residential space, there’s also a great potential in the industry sector, that is, the sector of industrial halls. With the arrival of new investors and brands, we expect an increased demand for storage space – emphasized Dragan Radulovic, the regional director of CBS International.

Relying on the good experiences of numerous international investors, big world companies choose Serbia increasingly often for their SEE operations, and, as CBS International experts estimate, the trend will continue in the upcoming years and it can be expected that, when it comes to the offer and the quality of construction, Belgrade will soon be able to compete with Budapest, Bratislava and Vienna, where the real estate market was transformed much sooner than the one in the capital of Serbia.

– We expect the number of apartments sold to exceed the last year’s result by the end of 2018, considering that over 8,000 residential units were sold in the first half of the year alone – said Mina Kalezic, the sales and marketing director at CBS International.

Compared to the same period of 2017, CBS International will realize a revenue growth of 10%, thanks to its portfolio of over 1,500 domestic and international clients. On the threshold of its 12th year in this business, the company also operates in Macedonia and Montenegro.