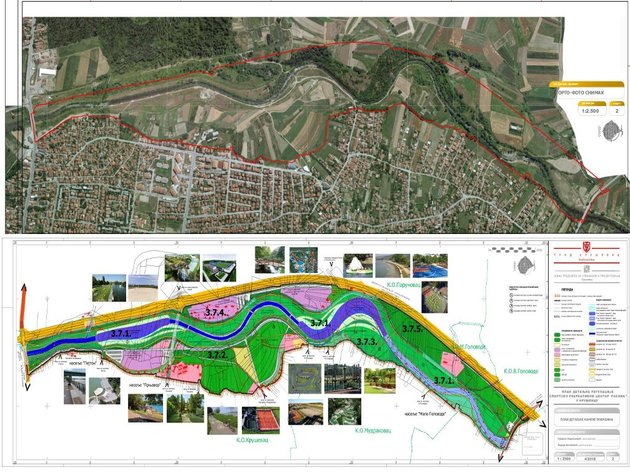 With its characteristics, the area along the river Rasina in Krusevac is an attractive zone for the development and upgrade of all types of sports and recreation, as well as tourism features. The city has therefore decided to upgrade the usage of the water potential and the river banks with the development of the Sports and Recreation Center Rasina on the banks of this river, but also to build new, modern features which this area needs to make it more attractive for both the resident s and investors.

The Detailed Regulation Plan (DRP) of the Sports and Recreation Center Rasina in Krusevac, prepared by the Urban Planning Public Enterprise Krusevac, was presented at the 27th International Urban Planning Salon, held between November 8 and 13 in Ruma and organized by the Serbian Urban Planners Association, where it was also awarded.

The local self-government adopted this DRP in March 2018, and the document envisages the development of the area along the river Rasina as a multifunctional city park.

– The area of the sports and recreation center covers a wide band of the coastal area of the Rasina, from the Parunovac Bridge in the north to the Mudrakovac bridge in the south, as well as the area located between the settlement of Prnjavor in the west to the planned route of the bypass route in the east. The area of the future sports and recreation center Rasina is around 77 hectares – Gordana Nedeljkovic of the Urban Planning Public Enterprise Krusevac says for eKapija.

The main purpose of the DRP is the construction and the development in the said area, which is undeveloped, neglected and of inadequate purpose. This area currently features a traffic route with a parking lot, a park and footpaths on the left bank of the river Rasina. There's also a football court with locker rooms and several office-commercial facilities.

– The plan is to form a unique complex by introducing sports and recreation features, which, together with additional tourist features and commercial activities, enable the mass usage of the area for recreation or leisure. The center should feature outdoor sports courts, all to the end of enabling the use of the area year-round – Gordana Nedeljkovic explains and adds that the organization of the purposes and features is based on the maximum number of guests in the summer period – 26,000.

She says that investors have already recognized the potential of this area. For example, the owner of the Golf restaurant, which is located on the border of the territory encompassed by the DRP, has recently bought the neighboring two parcels, intending to expand his business and build additional sports and tourist features, such as tennis courts and pools. 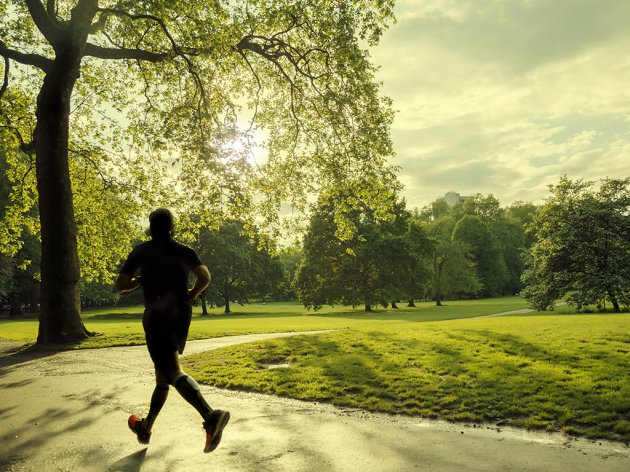 Illustration (Photo: ariadna de raadt/shutterstock.com)
eKapija's interviewee says that the construction of the features in one part of the territory, which is already connected to the urban zones of Krusevac by traffic routes, could start practically right away, as the projects for the artificial lakes are ready, whereas the second part of the plan requires the completion of the eastern bypass route, which the territory of the future sports center leans on. According to her, the city administration has announced that the construction of the bypass route might be included in the local budget plan for 2020, and it is expected that a part of the project finances could come from certain EU funds.

As stated in the DRP, the city park area, which is in fact the biggest section of this area, should be organized as a green area with a special focus on the river and two artificial lakes with sunbathing areas as the reference and target points of user movements. An area for public events is planned in the zone of the artificial lake 1, and the coasts should feature footpaths, bicycle lanes and trim tracks.

Since SRC Rasina is also supposed to be a place for the training of athletes and various educational and specialized sports and recreation programs meant for various types of guests.

– The flow of the Rasina through the area covered by the plan is regulated from the Parunovac Bridge in the length of around 2,000 meters. The left bank is developed as a park, with footpaths and street furniture in the length of around 420 meters, and the flood protection system features earthen levees on both banks. The regulation of the Rasina and the construction of the levees is around 75% complete – eKapija's interviewee says.

One of the priorities of the DRP of SRC Rasina is permanent preservation, upgrade and usage of the water potential and the coastal areas of the Rasina as a natural resource and a positive ecological potential, with the planning of new, modern features the area lacks.

– The plan envisages the functional connecting of the urban zones of Krusevac with the banks of the Rasina, and in the long-term, in several phases, the plan is to introduce passive and active recreation features, as well as competitive sports facilities. The plan is to also implement commercial activities and activate the potentials in this minimally developed and underused area. The features on the left and the right banks of the river will be connected by footbridges.

Within several units, planned as multifunctinal parks, the construction of an adrenaline park is planned, with various gauntlets, climbing structures, artificial rocks etc. A zipline, an orienteering grounds and hanging bridges may also be built. Compatible commercial features, such as hotels, motels, apartments and wellness and spa centers, are also planned.

The southern section of the area should feature a camp with the concept of “minimal investments and environmental impact for optimal nature experience”, and the plan also includes the construction of an aquapark and a zoo.