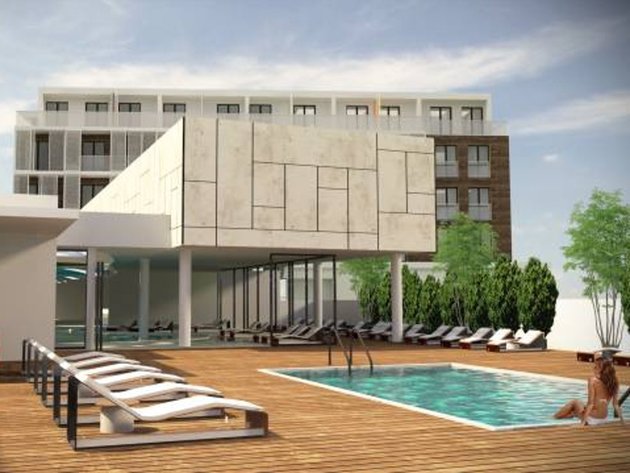 Future look of Merkur Palace
The foundation stone for the construction of Hotel Merkur Palace, the new facility of the Special Hospital Merkur in Vrnjacka Banja, was laid down on July 16 in the presence of Serbian President Aleksandar Vucic.

The foundation stone was laid by Health Minister Zlatibor Loncar and the hospital`s director, Dejan Stanojevic.

Loncar said that this was a great investment, which would pay off for the citizens of Vrnjacka Banja, as foreign guests will also visit the center after the facility is built. As he said, around 50 medical doctors work at Merkur, and if the capacities are expanded in the future, the number of employees will increase accordingly, as will the number of people undergoing specialization, he announced.

Stanojevic reminded that the villa Splendor was raised 94 ago, which defined Vrnjacka Banja as a travel destination in Serbia. He specified that health tourism realized the biggest growth in Serbia and that there would be more and more investments in that type of tourism in the years to come.

He says that there are currently 736 guests staying at the Special Hospital Merkur and that the total capacity is 775, making the hospital 95% full. Stanojevic also points out that there are over 400 diabetics being treated at the hospital, the largest number of these patients in one place in the entire Europe.

He announced that they would employ young people educated in Serbia, in order to have them stay in the country.

The future complex, the construction of which will cost around EUR 8 million, will take up an area of 6,500 square meters and feature 58 rooms and apartments.