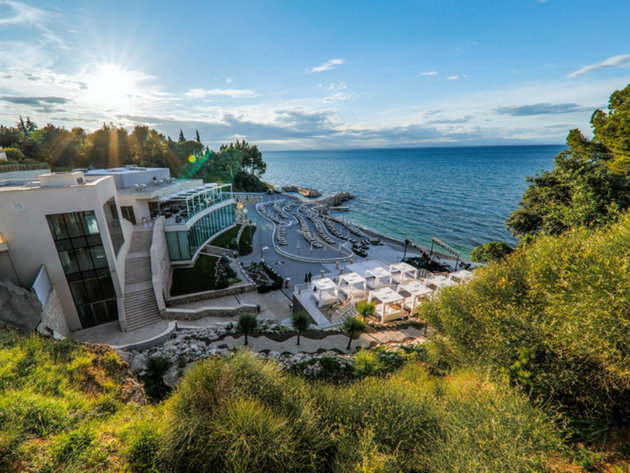 The official opening of the summer season at Hotel Kempinski Adriatic was marked by a concert of regional music star Nina Badric, an event on the newly opened beach and fireworks.

This luxury golf and spa resort in Istria, located not far away from Umag, became ownership of one of the largest Serbian companies, MK Group, last year, and the new owner initiated an investment cycle immediately.

As announced by MK Group, with an investment of nearly EUR 500,000, the beach and new facilities have been modernized and the level of service has been raised to meet the demands of Hotel Kempinski's guests. Next to the beach, the works on which took almost 14 months, the reconstructed Beach Bar is located, which features a roof balcony with a VIP salon, providing a breathtaking view. It is with these investments that MK Group has shown that it intends to strategically continue investing in the development of its hotel sector throughout the region.

– With our investments in the prestigious Skiper Resort in Istria, which also includes the five-star Hotel Kempinski Adriatic, and with the recent official opening of Hotel Sheraton in Novi Sad, we've shown that we seriously intend to become of the biggest regional hotel companies and to connect our businesses in the most attractive locations, from Portoroz, Budva, Belgrade, to Novi Sad. Istria is a region with a remarkable tourism potentials and a quality offer and, as such, it is very attractive to us when it comes to further development of the hotel business – said Nikola Avram, the director of the hotel group operating as part of the MK system.