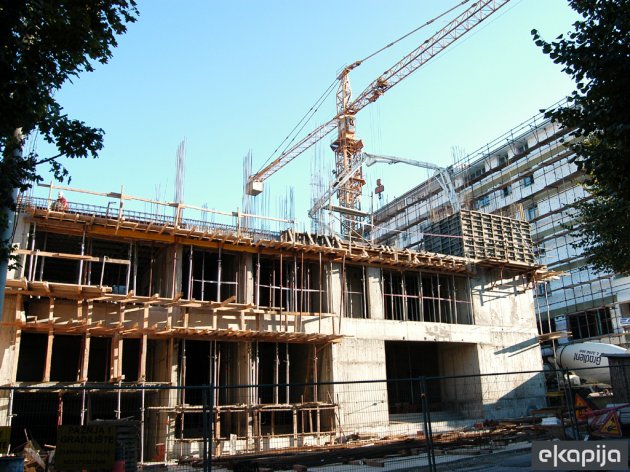 Illustration (Photo: Suzana Obradović)
City locations for the first 350 of the total of 2,000 apartments to be built in Nis for members of the police and the military have already been designated, Politika reports.

The decision for the construction of 200 apartments in the Stevan Sindjelic neighborhood and 150 housing units in the new location Ardija to start this year was reached at a session of the City Council.

– In the big project realized and financed by the state, the local self-government of Nis needs to provide full infrastructure, that is, traffic routes, electricity and a telecommunications network, before the construction starts. The city is ready for this. The new neighborhood Stevan Sindjelic, located on the entrance to Nis, was formed following the bombing in 1999. In the past two decades, eight buildings with close to 400 housing units have been built there. There's still room in this location, and with the potential extension of the infrastructural network, apartments for members of the military and the police will be built there initially – said Mayor of Nis Darko Bulatovic.

The neighborhood Ardija is located above the training grounds of the Knjaz Mihailo barracks, next to the Somborski Blvd. No collective housing facilities have been built there yet. What follows are ground testing works and the preparation of a detailed regulation plan and the technical and urban planning documentation. If all the construction requirements are met, the works might start fairly soon in this location as well, Politika writes.
Companies:
Grad Niš
Ministarstvo unutrašnjih poslova Republike Srbije
Ministarstvo odbrane Republike Srbije
Tags:
Stevan Sindjelic neighborhood Nis
Ardija neighborhood Nis
City Council of Nis
cheap apartments in Nis
construction of cheap apartments
apartments for the military
apartments for the police
apartments for soldiers
military apartments in Nis
police apartments in Nis
Darko Bulatovic
Knjaz Mihailo barracks Nis
Somborski Blvd Nis
collective housing facilities in Nis
apartments for the military and the police in Nis
Share: