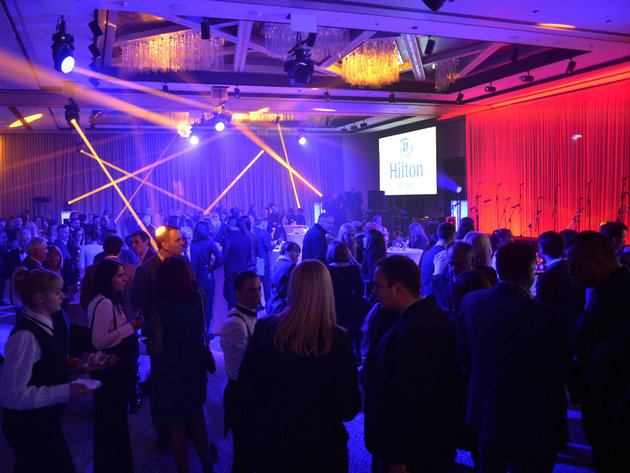 Nicolaas Houwert, General Manager of the hotel, says that the opening for VIP guests was organized last week, but that Hilton is now opening for all guests.

– The service you will experience is a product of team work of more than 130 employees, thanks to whose efforts and hard work each guest will be happy here – Houwert emphasized.

Hilton Belgrade has five stars and 242 rooms, including 19 apartments, and it also has 656 square meters of room for meetings, as well as a ballroom. At Hilton, guests will be provided with spa treatments, saunas, a fitness center, as well as the Two Kings restaurant, which serves Serbian and international dishes. The topmost floor features a “sky lounge”, whose offer is based on Asian cuisine.

On behalf of the Hilton hotel chain, Christian Moore reminded that Serbia had reached a new record in the number of foreign tourists in the previous year, with an increase by 18%. 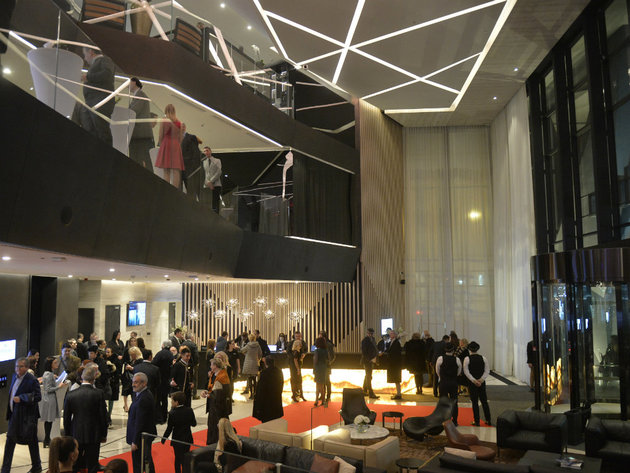 (Photo: Tanjug/Rade Prelic)
– Tourism is a great driving force of this country’s economy. Thanks to this, Hilton also hopes that the majority of the 1.2 million tourists who visit Belgrade will enjoy the services we offer – Moore said. He pointed out that, in addition to the facility in Belgrade, Hilton had also opened a new hotel on Lake Como, Italy, in 2018, as part of the chain’s expansion in Europe.

Moore thanked the hotel’s managers, Bojan Milovanovic and Andrej Jovanovic, who deserve the most credit for having a Hilton open in Serbia, according to him.

The opening ceremony was attended by numerous guests from the world of politics, business and culture – Minister of Foreign Affairs Ivica Dacic, Minister of Labor and Employment Zoran Djordjevic, Miodrag Kostic and actors Svetislav Bule Goncic and Ivan Jevtovic.

The music group Viva Vox entertained the guests, and the program was hosted by Dejan Pantelic and Danijela Jankov.

The construction of Hotel Hilton began in April 2016, and it encompassed a gross area of more than 34,000 square meters, of which 17,000 on aboveground tiers, spread over eight floors. The facility also features a spacious underground garage and an open inner courtyard. The underground garage takes up 4 floors and has 281 parking spaces. The investment was realized by the Belgrade-based company Belaga Management.

You can read about the details of the first Hilton hotel in Serbia in the interview eKapija did with Marybelle Arnett, Vice President of Development at Hilton Worldwide.