Poseidon to invest EUR 15 million in another two retail parks – Capitol Park in Leskovac in 2018, Zajecar in early 2019 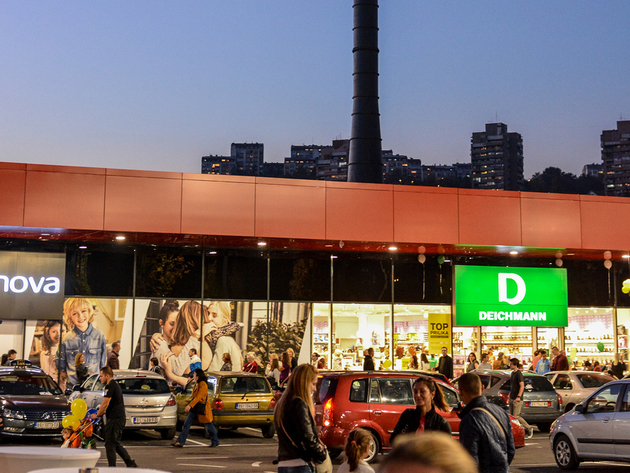 Capitol Park Rakovica
After the successful opening of two retail parks in 2017, the British investor and real estate manager Poseidon Group will expand its network in Serbia in 2018 and 2019, aiming at the number of ten retail parks by the end of 2020.

After Sombor and Rakovica, Poseidon plans to expand the network to southern and eastern Serbia – Leskovac and Zajecar, by making an investment of around EUR 15 million and employing 240 new workers, the group announced today.

Capitol Park Leskovac will open in late 2018, featuring around 6,500 square meters of retail space in the first phase and brands adapted to the local market (hypermarket, clothes, footwear and sports equipment).

In early 2019, Capitol Park Zajecar will open in the town's center, featuring around 9,000 m2 of retail space.

– This spring, Capitol Park Sabac, which opened in 2014, will welcome the renowned fashion brand H&M, and the plan is to open another three stores as well. In late 2018, Capitol Park in Rakovica, Belgrade, will open another 2,150 m2, providing jobs for around 60 workers more – the announcement adds.

Director of Poseidon Serbia, James Gunn, reminded that the investor had opened three retail parks (Sabac, Sombor and Rakovica) and employed more than 800 people in three years in Serbia.

– Poseidon will strive to become the leader in retail construction in the region, planning to build a total of ten retail parks in the Serbian market and invest in other types of real estate in the region – Gunn said.