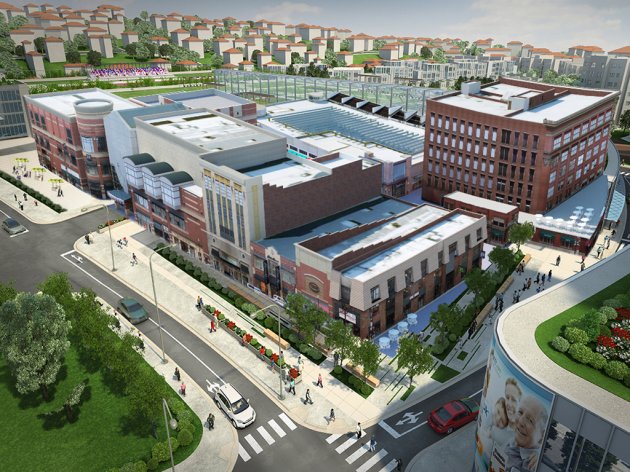 Future look of the settlement
In order to ensure that the American company Clean Earth Capital completes the New Nis project by 2021, the City needs to sign a new banking guarantee with the investor, based on the agreement which envisages the completion of the first apartments in the location of the former barracks Bubanjski Heroji by the end of 2018, says Milan Randjelovic of the Local Economic Development Office.

The first banking guarantee was issued back in 2012 and was valid for four years, and Ranjdelovic says that the new one is tied to the annex to the agreement signed last year.

– When the annex to the agreement was signed in 2016, a new banking guarantee was planned to be issued and to be valid until 2021, the project completion deadline – Randjelovic clarifies.

With the new banking guarantee, the City will be able to cover all potential damage in case the company in charge of building the apartments steps over the deadlines, which have been extended several times already.

However, he didn't specify when the Office was to invite professionals to apply for this job, but he did says that it would take place “as soon as possible”.

The banking guarantee amounts to EUR 10 million, Randjelovic adds, which is also the total value of the works planned for the area of the former barracks Bubanjski Heroji.

– Seeing how this is a very large amount and that we're talking about a foreign company able to use the services of local and foreign banks, the City Council today reached one in the line of decisions important to the realization of this project. It decided to have a consultant hired – a bank which will help the City get valid collectible banking guarantees in communication with the investor – Randjelovic explains.

The City plans to set aside up to RSD 600,000 from the budget for this service.

– We expect this to happen very soon so that the first 4,000 square meters might be completed by the end of 2018 – Randjelovic adds.

In addition to the apartments for members of the Serbian Armed Forces, he says that a “civil housing” part will be built in the location, as well as a shopping mall and commercial buildings, and the construction of universities and hospitals is also possible.

Let us remind that the American company Clean Earth Capital bought the land of the former barracks Bubanjski Heroji for EUR 1.5 million back in 2011 and that the first apartments should have been built in early 2015.