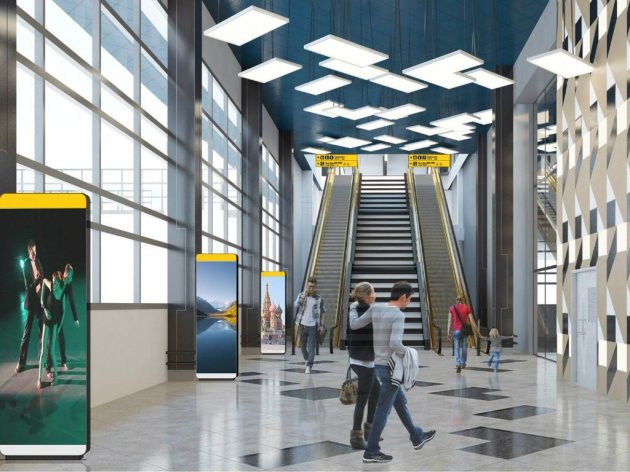 (Photo: RMJM Srbija)
The 2018 FIFA World Football Cup, which is to take place in Russia next year, is expected to draw thousands of people, and for many of them, the first impression of the country will be the Sheremetyevo Airport, the reconstruction of which involved Serbian architects. Located just north of Moscow, the airport is the largest one in Russia in passenger and cargo traffic, take-off and landing operations and airport area.

The company TPS Nedvizhimost picked RMJM Serbia's solution for the interior design of the new Terminal B within the Northern Terminal Complex of Sheremetyevo.

After an extension by a total of 114,000 square meters, the new Terminal B will officially open in 2018, just in time to welcome large numbers of World Cup visitors.

– Everything, from the space organization to the geometric forms and palette used in our design for Terminal B is based on the work of renowned Constructivist artists such as Vladimir Tatlin, Naum Gabo, Alexander Vesnin, Alexander Rodchenko, El Lissitzky and Lyubov Popova. In order to convey the universality and timeless character of art, the Constructivist masterpieces are integrated with cutting edge technology to shape the space around the movement of passengers – RMJM Serbia explains for our portal.

They also designed the new interior for the three tiers of the airport, encompassing the public hall, the luggage department, the departure hall, the access platform and the shopping section. 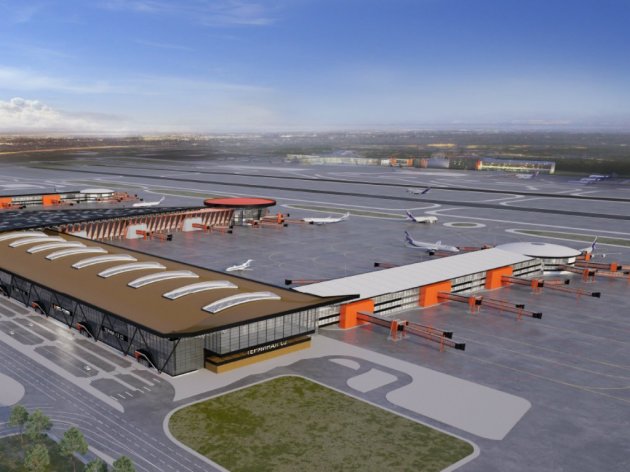 (Photo: RMJM Srbija)
Furthermore, the Serbia team also worked on two inter-terminal stations, the facade of Terminal B and the buildings of Terminals C1 and C2.

RMJM (Robert Matthew Johnson Marshall) is one of the biggest international architectural companies. It was founded in 1956 in Great Britain and has been active in Serbia since 2015. Around 30 architects work within RMJM.