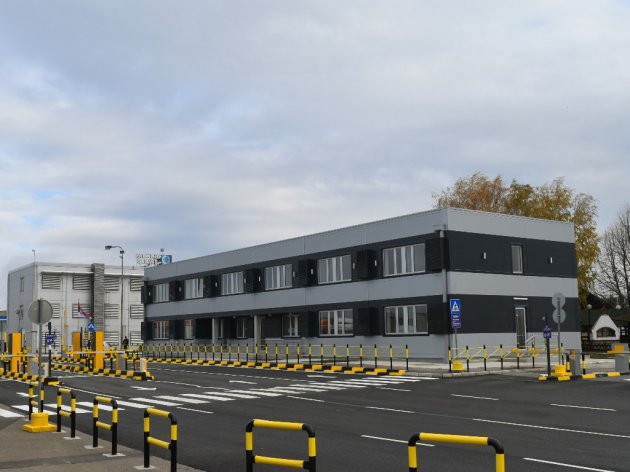 (Photo: Beoinfo)
The Public Utility Enterprise Parking Servis has completed the construction of the commercial building in the Logistics Center in Block 43 in New Belgrade, worth RSD 60 million. A total of 28 forwarding agents will get offices in the new 840-m2 facility and start operating on December 1, Beoinfo reports.

– This is the biggest such center in Serbia. In the first six months alone, we had 150,000 customs declarations here, and 400 to 500 trucks pass through here a day. If such a center didn't exist and we weren't expanding our capacities here, trucks would be passing through downtown Belgrade and the goods would be going through the customs procedure at the Port of Belgrade. This counters our policy of moving truck traffic from the city's center – said City Manager Goran Vesic.

He reminded that the City of Belgrade had also reached the decision to ban truck traffic in the city's center in order to unload the traffic routes.

– In order for us to be able to do this, it is necessary to build such logistics centers on the outskirts of the city – Vesic pointed out.

He repeated that the new building had cost RSD 60 million, but also underlined that Parking Servis would repay the investment in slightly over four years from the profit of the Logistics Center.

The new building was raised in the location of the former barracks at the very entrance to the Logistics Center and features modern equipment.