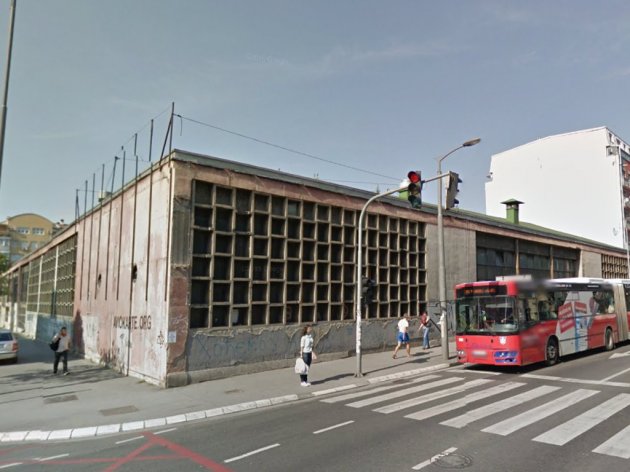 GSP Belgrade garage used as workshop (Photo: Google Maps/screenshot)
After the Depot in the Kralja Aleksandra Blvd, which was bought by Israeli investors for EUR 4.25 million several months ago, another big building in the capital of Serbia was sold today, the depot-garage on the corner of the Despota Stefana Blvd and the Cvijiceva Street, for a price of only EUR 3.65 million.

Unlike certain previous tenders, as many as four companies were interested in this location, and the price jumped from the initial three million to EUR 3.65 million paid by the German supermarket chain Lidl.

Delhaize, Uzor Promet and another company were also interested in this location.

As the tender documentation states, the property has an area of 4,901 square meters, and the facility used to contain, among other things, the Electric and Construction Operating Unit of GSP Belgrade.