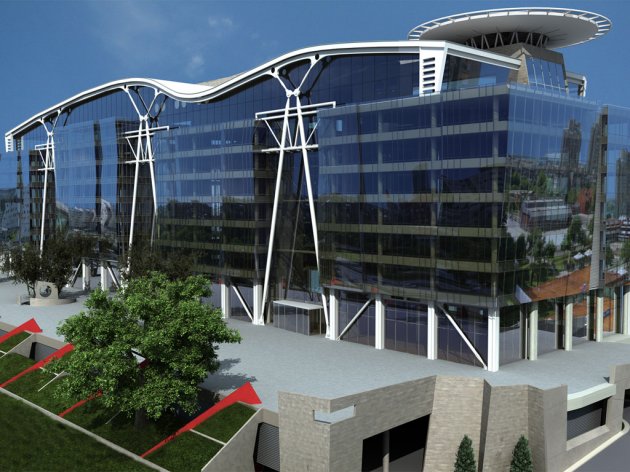 The planned look of B23 Office Park
The commercial complex B23 Office Park, located next to the highway in New Belgrade and featuring a heliport on its roof, will have to wait a little longer for its new owner, as the public bidding, initially scheduled for today, October 23, 2017, has been postponed indefinitely.

The sum of EUR 26.5 million, the minimum price the future owner is supposed to pay, will not change hands yet. It is estimated that Beta 23 Office Park will remain in the ownership of the eponymous company, operating under Verano, by the end of the year, meaning that the 52,604 square meters of this modern palace will welcome the New Year 2018 in the gray phase, from which they have not been able to move forward for the past eight years.

In late September, an invitation for public bidding for the sale of the AAA class commercial building in Block 23, the construction of which has been in the eye of the public for nine years now, was placed. The primary feature that makes this building so interesting to the public is its heliport with 26 meters in radius, a unique structure in Belgrade.