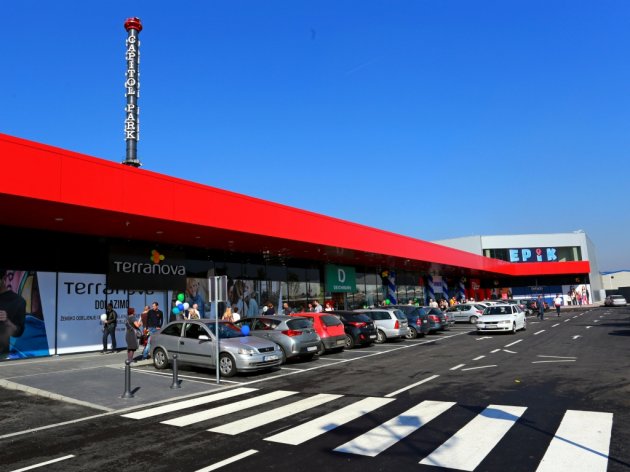 Capitol Park Rakovica (Photo: beograd.rs)
The shopping center Capitol Park Rakovica, built on the foundations of the former tire factory Rekord, opened today. EUR 30 million was invested in it, and it will employ 400 people in the first phase alone. It has over 30 tenants, and the biggest attraction for the residents of this part of Belgrade is the Cine Grand movie theater.

Forma Ideale also opened its salon on 1,200 m2. This is their fifth salon in Belgrade and 34th one in Serbia.

James Gunn, director of Poseidon Group in Serbia, specified that Capitol Park had beed raised in order to meet the needs of over 100,000 residents of Rakovica, but also over 300,000 residents of the neighboring municipalities – Cukarica and Vozdovac.

This is Poseidon Group`s third retail park in Serbia since 2013, and further investments are planned as well. The first one was built in Sabac in 2014, and the next one in Sombor in September 2017.

As the company announced, they also plan to raise one in Leskovac and another two locations, which will be disclosed in 2018.