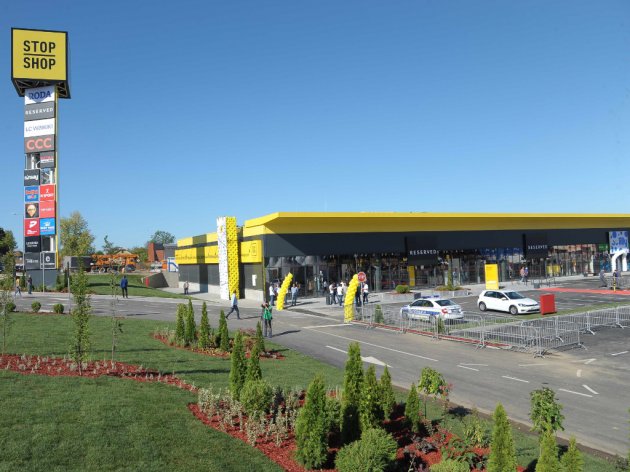 Stop Shop Lazarevac
The fourth Stop Shop retail park in Serbia opened on September 14, 2017, in Lazarevac. As said during the opening, 23 local and foreign brands will be available on around 10,100 square meters of the new facility of the Austrian company Immofinanz, thereby filling out the capacities of this facility.

– Today is a great day for our company, as Lazarevac fits perfectly into our development in Serbia and we are very proud of the fact that we are opening a retail park with filled out capacities – Josko Pitesa, manager of operations of Immofinanz Serbia, stated at the opening.

In addition to the retail space, the newly opened facility has 220 parking spaces, and, according to Mayor of Belgrade Sinisa Mali, the investment is worth over EUR 10 million. A total of 300 people will work at the new retail park.

– Four months after we laid the foundation stone for Stop Shop Lazarevac, the investment has been realized – Mali said at the opening.

Stop Shop Lazarevac is located at the western entrance to the town, close to the crossroads connecting the municipality with Belgrade and its surroundings. 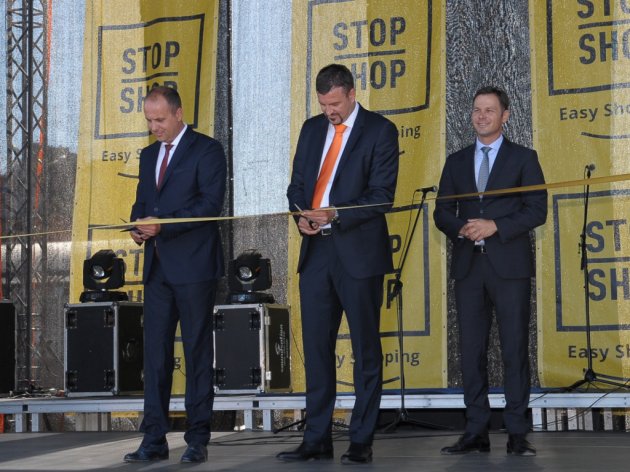 Bojan Sindjelic, president of the municipality of Lazarevac, Josko Pitesa, manager of operations of Immofinanz Serbia, and Sinisa Mali, mayor of Belgrade, at the opening of Stop Shop
After Cacak, Nis and Valjevo, Lazarevac is the fourth location in Serbia where Immofinanz has opened a facility, and they plan to expand their chain throughout the country in the upcoming period.

– During this and next year, we will complete the facilities in Pozarevac and Vrsac, which should open in 2018, and we will also start building a facility in Sremska Mitrovica, which is to open in 2019 – Pitesa says for eKapija and adds that the company will be looking for new locations as well during the next year.