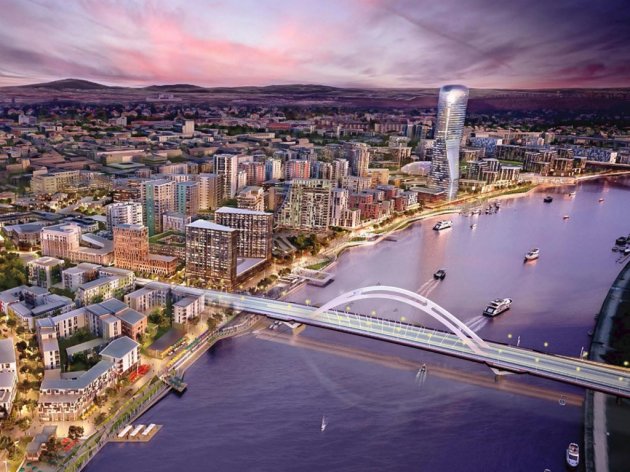 (Photo: beograd.rs)
(New look of the bridge at the Sava - first award) The Old Sava Bridge in Belgrade will be relocated and construction of the new one will start by the end of September 2018, Sinisa Mali, the mayor, has announced today.

In Belgrade, today, results of the urban-architectonic competition for the reconstruction of the Old Sava Bridge which lasted for five months were communicated. The first prize went to the Traffic Institute CIP, the second award was not assigned while the third went to DB Inzenjeringa from Belgrade and one purchase was also assigned.

During the competition, architects had the task to preserve the existing structure and to fit into new solution or to design a new bridge, which will with its arched structure repeat recognizable element of silhouettes, keep the memory of the old bridge, and with its functionality enable greater flow. After competition results, it is certain that citizens of Belgrade will get a new bridge. The award-winning solutions will be implemented in the drafting of the final project, which should be finished by the end of the year, it was said at today's presentation of the results.As the mayor announced, the new bridge should also be a new symbol of Belgrade. Estimated cost of construction is EUR 30 m and outlined by Mali, he will be made for three reasons - traffic, security and aesthetic. 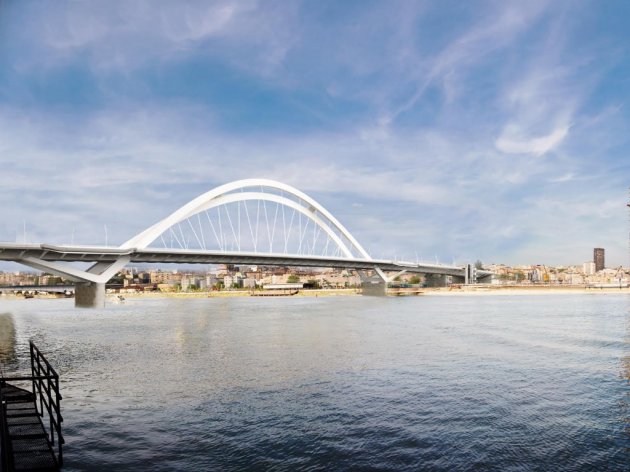 (Photo: beograd.rs)
-- Finally, we will solve the problem of traffic congestion in this part of the city through connecting new Sava Bridge and tunnel from the Faculty of Economics to the Pancevo bridge, which project is expected by the end of the year – Mali explained.

New bridge will fit into the plan of taking the city to the rivers and the look of the Belgrade Waterfront, he added.

Rade Mrljes, member of the jury and an architectural engineer of the Bureau for protection of monuments of culture of the City of Belgrade also outlined the importance of the new bridge construction.

– We cannot keep the image of the city through keeping the bridge. New bridge will keep memory of the Old Sava bridge but will have functionality which lacks the current one –Mrljes said.

Construction engineer and a jury member, Aleksandar Bojovic, outlined that current bridge is 16 meters wide while planned width of this bridge is 32 and 35 meters and that thus it will fulfil traffic capacities.
– New bridge will give us a modern construction which complies with all technical requests and will be designed as it is done it whole Europe - Bojovic outlined.

New bridge will be pedestrian, cycling and road one.

It replaced the Bridge of King Alexander I

Let us remind, the Old Sava Bridge was placed by the Germans during World War II, after the former bridge across the Sava - Bridge of King Alexander I died in April 1941 bombing. During the war, it was named Prince Eugene, and citizens of Belgrade after the war called the German bridge. The bridge was designed and built by the German company from Dortmund. During the war, the bridge suffered damages due to bombing, and in later years numerous adjustments due to changes in the type and size of load were made The first awarded solution of the CIP Institute is available in the gallery:
PHOTO GALLERY: