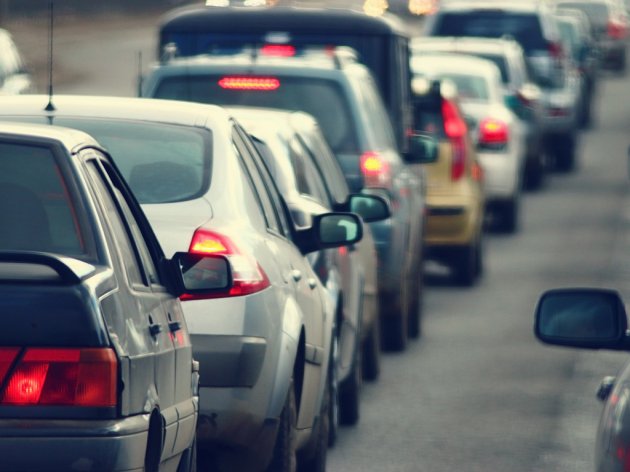 Since 2000, in Belgrade, 40% registered vehicles more (Photo: Kichigin/shutterstock.com)
Leaders of the City of Belgrade presented on Friday, June 9, 2017 to the interested investors the project of public-private partnership for the construction of four underground garages and invited them to participate in this work. In the future, public call is expected.This is a project for the construction of four underground garages - at the Students Square, Republic Square, in Vlajkoviceva street and in Fruskogorska Street, whose total value is estimated at around EUR 50 m.City planners Milutin Folic explained that one underground garage will be built in Fruskogorska street below Kosancicev venac i.e. Park nesvrstanih zemalja (Park Non-Aligned Countries). The second one will be built on the StudentSquare, and it will have 700 parking spaces.- For it, there is already a building permit and it will be located under the trolleybus turntable, not under the Student park and no tree will die – Folic underlined.

The third underground garage will be beneath the park and Staklenac building at the Republic Square and the fourth in Vlajkoviceva street, below the park at the Assembly of Serbia.

Folic added that consultants who carried out analysis identified these four garages as the ones with the most potential.- We have a huge interest, more than 20 stakeholders – Folic said.Deputy Mayor Borko Milosavljevic said that as of 2000, the number of registered vehicles in Belgrade has increased by 40%, while EBRD Director in Serbia, Daniel Berg, said construction of garages will facilitate life everyone in the capital.The Conference at the Old caste was attended by potential partners of the city in this project - investors, designers, contractors, etc.
Companies:
Grad Beograd
EBRD Evropska banka za obnovu i razvoj
Tags:
javno privatno partnerstvo
podzemne garaže u Beogradu
podzemna garaža
podzemna garaža Studentski trg
podzemna garaža Trg Republike
podzemna garaža Vlajkovićeva
podzemna garaža Fruškogorska ulica
Milutin Folić
Borko Milosavljević
Danijel Berg
garaže u Beogradu
JPP
Share: