Expropriation of land for construction of logistics center in Pirot starts 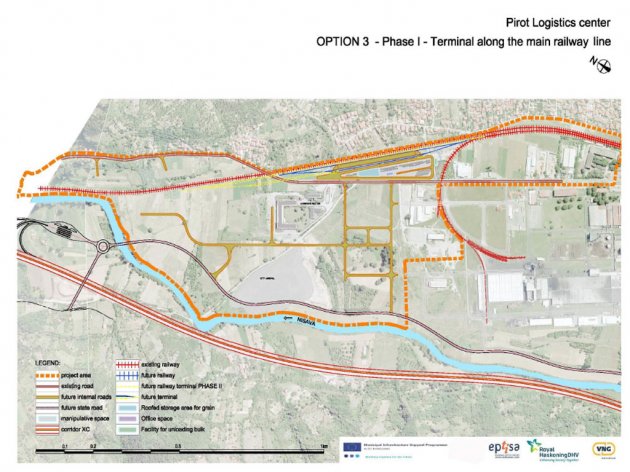 The preparations for the construction of a logistics center in the Pirot Free Zone have started.

The Government of Serbia reached the decision on public interest for expropriation of land for the purpose of construction of a logistics center in early May, based on which the Public Attorney's Office of Pirot proposed the expropriation.

– The proposal for expropriation encompasses building land in 15 to 20 parcels, not featuring any facilities – the Department of Economy and Property Affairs of Pirot says for eKapija.

It is up to the department to contact the owners of the parcels and determine the situation, based on which it is to reach the decision on the expropriation, following which the Tax Administration is to determine the amount of reimbursement for the land. They assume that the funds for the reimbursement will be secured from the projects of cross-border cooperation. There won't be compensation, as the Law on Expropriation doesn't envisage it.

As they say for eKapija at the department, they can't guess how long it will be before the decision is reached, as the data they receive often don't match the situation in the field.

– At best, the talks with the owners of the parcels will take 30 days – they add.

The director of Pirot Free Zone, Dragan Kostic, says for eKapija that this is just the first phase in the purchase of land, and that direct agreements with some of the owners of the parcels bordering the free zone might take place in the second phase. He says that they are currently working on establishing cooperation with the competent ministries and developing the technical project documentation.

The Pirot Free Zone presented its plans for the construction of a logistics center along the existing railway, the value of which is estimated at EUR 13 million.

Let us remind that the future center is supposed to take up 38 ha and contain a rail cargo terminal, a logistics and an industrial section. The plan is for the logistics facilities to be located in the privately owned warehouse section, whereas the industrial part will be suitable for light and medium industry.