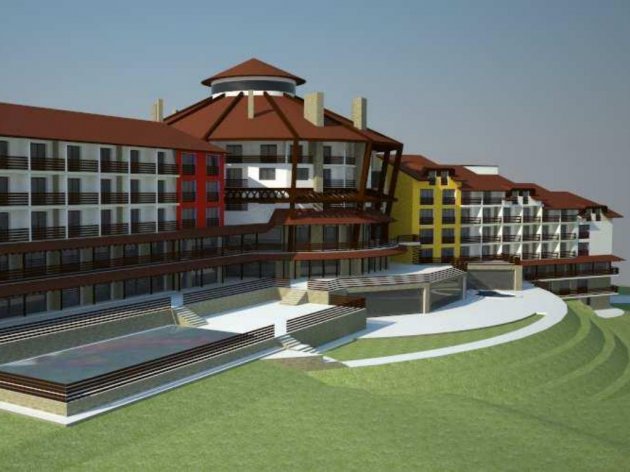 Conceptual design of the hotel
When the plans for investments in Stara Planina, worth several millions, were made public some ten years ago, they were accompanied by ideas about making the mountain center one of the hosts of the 2018 Winter Olympics. The plan was for Stara Planina to be turned into a big ski-center and to be equipped with a ski-track system with the entire accompanying infrastructure.

In reality, however, the plans didn't come true. Early next year, skiers and their colleagues in other winter sports will compete in South Korea, whereas Stara Planina is still waiting for the long-since promised projects to be realized.

Goran Antic, who owns around 25 hectares of land on the mountain together with his partners, says in his interview for eKapija that, at the moment, aside from the Stara Planina hotel, there are only two other serious facilities and family apartments in the villages at the foot of the mountain, whereas the parcels owned by the Public Enterprise Stara Planina are still waiting for an investor.

Antic nevertheless says that there are many reasons to invest in the land and facilities in Stara Planina and adds that the center has great potential.

– The skiing infrastructure is very good. Many people don't know that the Jahorina Olympic Center has 14 kilometers of ski tracks, whereas Stara Planina currently features 13. Furthermore, the plan is to have a total of around 150 kilometers of tracks and as many as 41 lifts here in the final stage of the development. The capacities of the skiing areas far exceed the accommodation capacities, and these two aspects need to be brought in line – he says.

He also says that, in terms of prices and utilities, potential investors find Stara Planina more attractive than the much more expensive Kopaonik and Zlatibor, whereas the times of unplanned, illegal building has passed, which is another argument in favor of making investments.

Also, he adds that the investor which opts for construction will certainly be aided by the state and the local self-government through subsidies, as well as qualified workforce, the price of which is considerably lower than anywhere else. 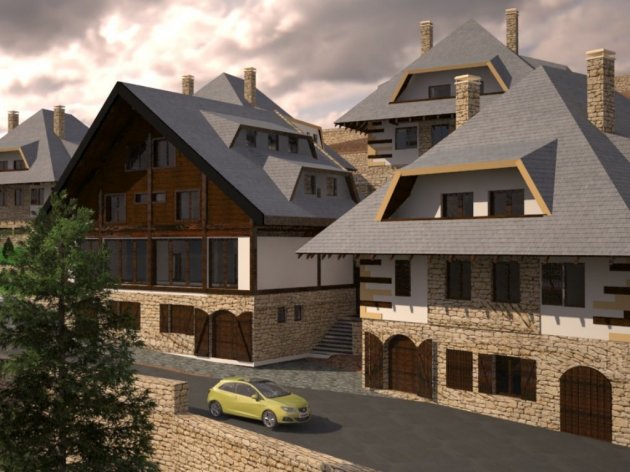 Conceptual design of the mountain resort
Antic suggests potential investors should use land positioned in several units in locations most attractive for future construction of accommodation capacities and subject to all kinds of agreements.

– Several options are at hand. The sale, which is the easiest one, a joint investment, but also paying in installments, as well as exchanging it for some other attractive pieces of real estate – he explains.

Antic says that the location in Jabucko Ravniste is divided in 4 parcels, which allow for the construction of around 45,000 m2, i.e. several facilities (5-6 hotels and 15 apartment buildings).

When it comes to plans for the land as of yet not registered as building land, he says that they filed the initiative for the preparation of the DRP of the 3rd phase to the authorities of the Municipality of Knjazevac last week, encompassing around 120 hectares of land. A mountain resort should be built there, featuring strong coefficients of construction and environmental protection.

– The DRP would encompass all our parcels in Stara Planina – our interviewee says.

Four locations ready for construction of hotels and apartments

The building land in Jabucko Ravniste is divided in units.

Location 1, with 11,701 m2 of area, is located around 550 meters south of the existing gondola. The location is oriented southward, with a view to the south and southwest and without the possibility of obstructing the view. 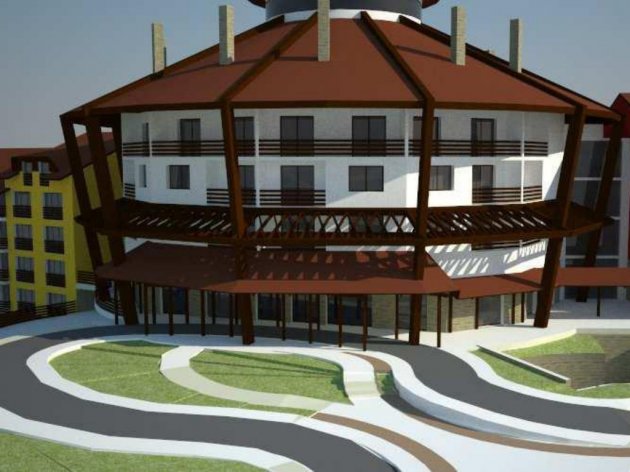 The conceptual design of the hotel envisages 517 beds and a number of features. The hotel is to be in the 4+ category and to feature more than 150 parking spaces in an underground garage, a spa center with a large indoor pool and a smaller indoor/outdoor pool, two restaurants which can be merged into a large one, numerous outlets and cafes with gardens...

Location 2, next to the first one, has 10,278 m2 in area. The coefficient of construction is 1.2, and there's a possibility of the urban project envisaging the construction of 3-4 hotels with a total area of around 16,000 m2. The infrastructure is identical to that featured in the previous location.

Location 3 has around one hectare and allows for the building of houses, with the coefficient of construction of 0.4 (per parcel). There's also the conceptual design featuring 10 apartments per facility. The paved road is 300 meters away from the location, and the Ministry of Tourism has set aside RSD 40 million for the utility infrastructure in 2017, which will solve the problem of water supply and sewerage in those parcels as well.

The planned three lifts will be located 250 meters away from the location and the existing gondola is 550 meters away.

Location 4 has 4,030 square meters, the coefficient of construction is 1.0 and the floor area ratio is 30%. The characteristic feature of this location is that it doesn't require the preparation of an urban project, and the future three lifts are 50 away. The infrastructure is located next to the parcel.

Antic says that there has been interest in these locations, especially since late 2016, when the DPR of the 2nd phase was adopted. The improvement of the transportation infrastructure has also contributed to this.

– The first time I visited Stara Planina, back in 2005, there wasn't a single road sign, a normal road, nor even a suggestion of a tourist center. In all these years, the transportation infrastructure has been developed and numerous roads have been repaired, whereas plans are being prepared and funds secured for others at an increased pace – Goran Antic says.

Once the infrastructure is completed, the potential of Stara Planina will become even more prominent, because, as he says, “the richness of the plant and animal life of Stara Planina is unparalleled in Southeast Europe”.

– Stara Planina is primarily conceived of as a mountain center, not a ski center. The focus is thereby on the summer months, as there are 5-6 waterfalls, the Zavoj Lake, the highest peak in central Serbia – Midzor, as well as numerous picturesque areas far more impressive than those of Kopaonik and Zlatibor, only a dozen kilometers away – Antic concludes.