Zlatibor planning to have 1 million tourists annually by 2027 – Construction of Golden Town, development of Ribnica Lake, reconstruction of promenade planned

Zlatibor (Photo: Aleksandar Parezanović)
The building season and preparations for the upcoming summer season are at their peak in Zlatibor. Investments in new infrastructural project and the development of the tourist spots and localities in the entire territory of the municipality are generating new private investments and an increase in tourist turnover. The construction of the gondola, but also the development of the Golden Town, at the interim station next to Ribnica Lake, as well as investments in the aqua park and other entertainment features, are expected to enable the Municipality of Cajetina to reach the number of over a million visitors annually in 10 years.

The construction of the Gold Gondola in Zlatibor, which started in February 2017, continued on May 1. The working action this time acted as a special kind of a protest by the local self-government over the fact that state institutions have yet to resolve the dispute over the ownership of the land with PK Zlatibor, across which a part of the gondola route, 9 kilometers long, should pass.

The agreement on the construction of the gondola was signed by the Municipality of Cajetina with the consortium of several companies, headed by Jedinstvo Uzice, as director of PE Gold Gondola Zlatibor, Bojana Bozanic, says for eKapija. 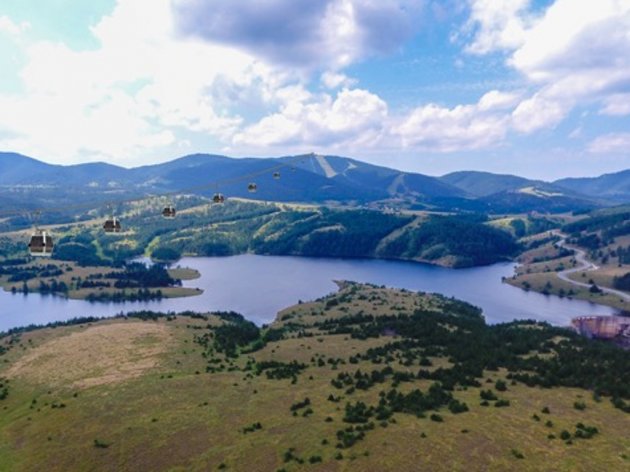 The Golden Town or New Zlatibor project is one of the plans with which the municipality aims to enhance the offer at the mountain and attract as many tourists as possible. According to Bozanic, the Golden Town will feature sports facilities and high-category hotels.

– The idea is to develop residential tourism in the entire zone, on more than 200 hectares, the development of which will be carried out in line with the Master Plan, which is being prepared – Bozanic says.

In order to increase the number of visits and reach the planned number in the next ten years, they announce, in addition to this project, the development of the promenade, a shopping mall with floor heating, moving and constructing a new bus station, the construction of a youth center, the development of Ribnica Lake...

Some of these projects have already started, among them the construction of the Youth Cultural Center, initiated in 2016. According to our interviewee, the building has been raised and the tender for the second phase of the works, i.e. interior development, is in progress. The center is located next to the building of the Tourist Organization of Zlatibor and should be fully completed by the end of 2017. This multifunctional facility will have a movie theater with 225 seats, a theater, a gallery, a library, several small halls and offices, which will be used by organizations from the Municipality of Cajetina. 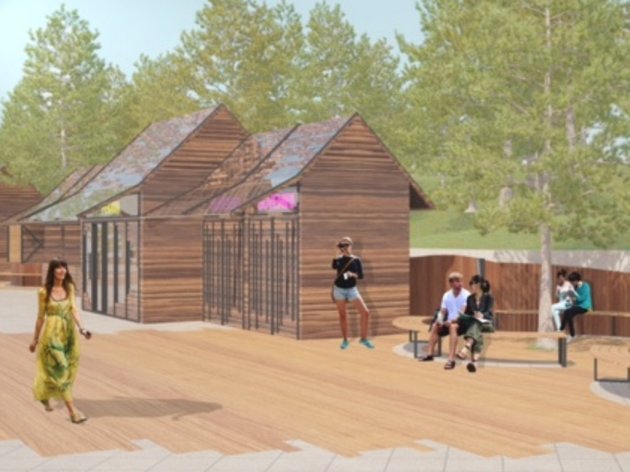 Future look of Zlatibor promenade
In 2016, the project of the development of the promenade and the shopping mall in Zlatibor was completed. The tender for the reconstruction of a part of the promenade, the Trgovacka Street by the lake, is in progress, and, according to Bozanic's announcement, the funds have been set aside and the works are expected to be completed by July 1, 2017.

– The municipality will raise standard facilities along the street, to be rented to users. The promenade will be paved with interlocking plates of various colors and shapes. Floor heating will be installed beneath the plates, modeled after the Royal Square. In the coming period, we will initiate the second phase of the reconstruction of the promenade, from the Dunav hotel to the Square, along with the development and the paving of the shopping mall – our interviewee explains.

The development of the park beneath the Koliba kod Milunke restaurant in Obudojevica, towards the location of the waste water treatment facility, is also planned for this construction season. The construction should start in July and be completed by the end of the season. There are also works on developing the river bed and the construction of a traffic route along the pedestrian and bicycle lane.

The long-term plans of the Municipality of Cajetina entail the construction of a new system of water supply from the Susica Springs and the river Dobroselicka. Ribnica Lake will thereby become a tourist attraction for swimmers and water sports aficionados.

– An agreement was signed with the Slovenian company Hydro Engineering, in consortium with Jedinstvo and Beohidro, and the funds have been secured, partly from the budget, partly through donations. The procedure of acquiring the building permit is in progress, as the location on the parcel is state-owned and is to be transferred to the Municipality of Cajetina by the Government for the purpose of the construction of a public facility – Bozanic says. 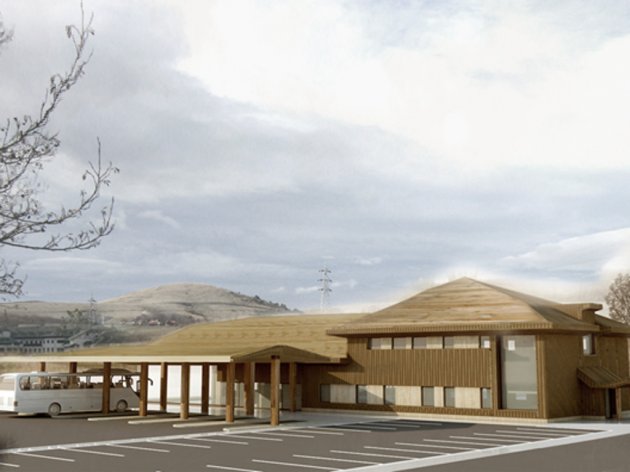 Future look of Zlatibor bus station
Another new feature in Zlatibor is the relocation of the bus station. The new one will be located at the entrance to Zlatibor, across from the Olimp hotel.

– The conceptual design has been prepared and the development of access roads is currently in progress. The plan is for the bus station to have a large parking lot for cars and buses, in addition to the platform area. There's an option of building the station through a public-private partnership and the municipality is preparing the documentation to the end of realizing the project and completing the station in a year – Bozanic adds.

Aside from building new infrastructural facilities, the municipality encourages private investors to invest in entertainment features and high-category hotels. One such project is the construction of an apartment hotel with 10,000 square meters on 0.59 ha in the center of Zlatibor. According to our interviewee, the works started in late 2016, and the investor, Trend Centar Gradnja, expects everything to be completed by the end of the current season.