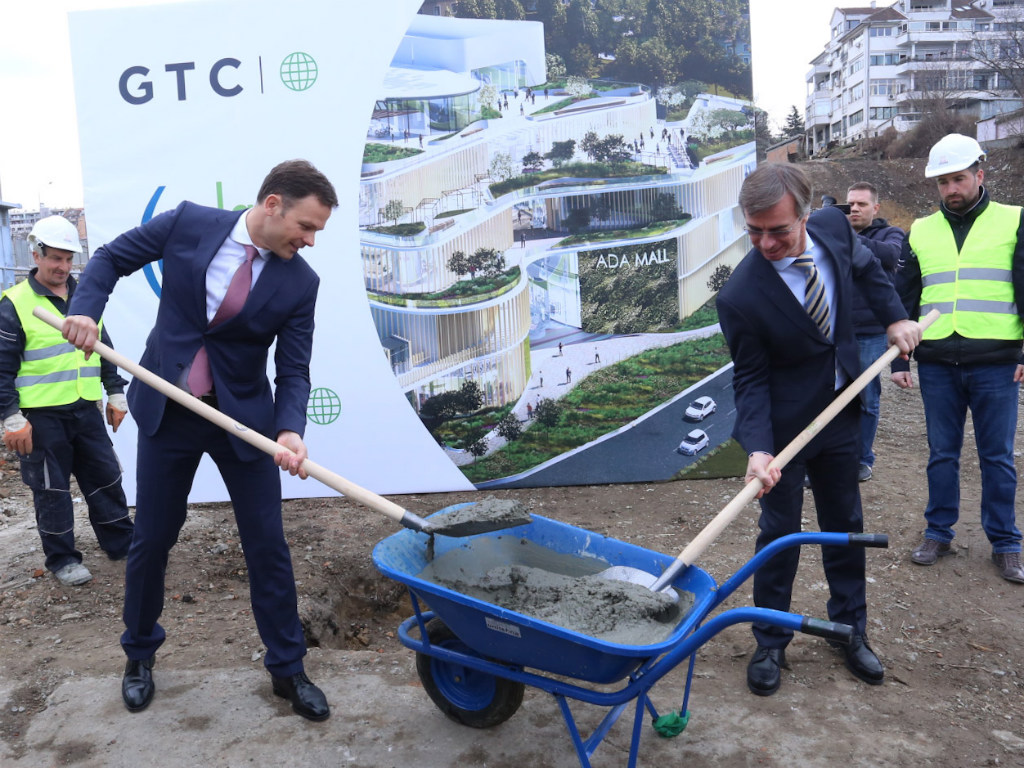 Sinisa Mali and Thomas Kurzmann (Photo: beograd.rs)
Globe Trade Centre S.A. (GTC), one of the leading commercial property companies in this part of Europe, laid down the foundation stone for the construction of Ada Mall in Belgrade on March 7.

The shopping mall will be built across from Ada Ciganlija, in Radnicka Street, on the former Minel factory location, and the opening of this facility, worth around EUR 100 million, has been planned for November 1, 2018.

The construction itself has been put in charge of Gradina and Energoprojekt Oprema, and around 1,000 people are expected to be employed on the works.

The commercial area itself will amount to around 34,000 m2, placing the facility between Usce and Delta City in size. Stores and boutiques will be located on the first three floors, whereas the rest will contain cafes, restaurants and other features. The fourth floor, meant for hospitality features, will also have special working hours, so that it could be available to visitors at night as well.

Pedja Petronijevic, CEO of GTC Serbia, said that the share of hospitality features would increase by 10-15% and announced new restaurants and cafes, as well as new stores. He added that the facility would not have a vehicle entrance from Radnicka Street, so as to avoid jams, but that there would be three entrances from the surrounding streets.

As said during the ceremony of laying down the foundation stone, Ada Mall will be the first shopping mall of the latest generation in Belgrade, featuring the biggest amount of green areas of all shopping malls in Serbia. GTC adds that special attention has been paid to the look of the building and that the proximity of Ada Ciganlija has influenced the shape and the design of the building, as well as the choice of the materials to be used in the construction. 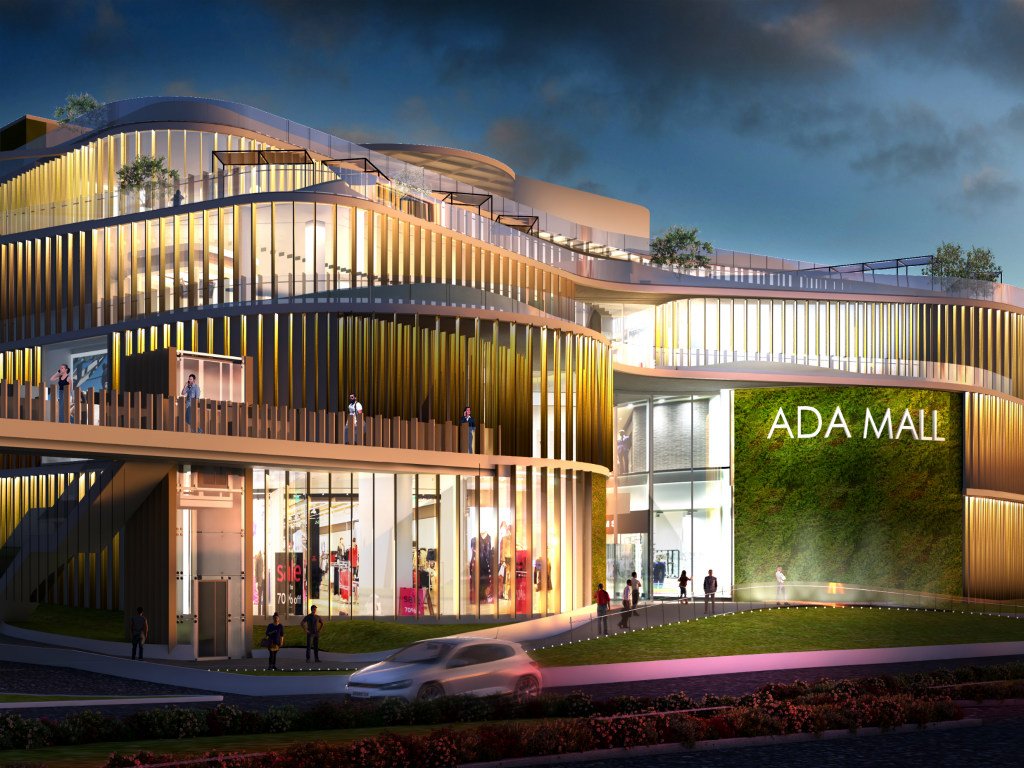 Future look of the EUR 100 million facility
– Through constant investments, GTC is turning Belgrade into a modern city oriented towards the future and a new era of business, implementing the highest environmental standards and an international business spirit in the heart of the capital of Serbia. GTC has been developing Belgrade for 15 years now and is planning to continue doing so with its future activities – Thomas Kurzmann, President of GTC Management Board, said and added that “the laying down of the foundation stone for Ada Mall is only another step in that direction”.

Mayor of Belgrade Sinisa Mali, who laid down the foundation stone together with Thomas Kurzmann, said that “the success of GTC is at the same time a success for the entirety of Serbia, as it shows how active the construction industry is and how trustful foreign investors are of our country and our city”.

– This shopping mall next to Ada Ciganlija is of great significance for the Municipality of Cukarica, as it will give a whole new look to that part of the city. Furthermore, once it's been completed, 1,500 workers are sure to find jobs there – Mali said. He added that the estimate was that there would be more than EUR 500 million of investments in Belgrade in the next four or five months, activating the construction industry and the economy and creating new jobs.

Let us remind that GTC has built more than 80,000 square meters of office space in Belgrade. Four complexes raised by the company have opened so far – GTC House, GTC Square, 19 Avenija and FortyOne.