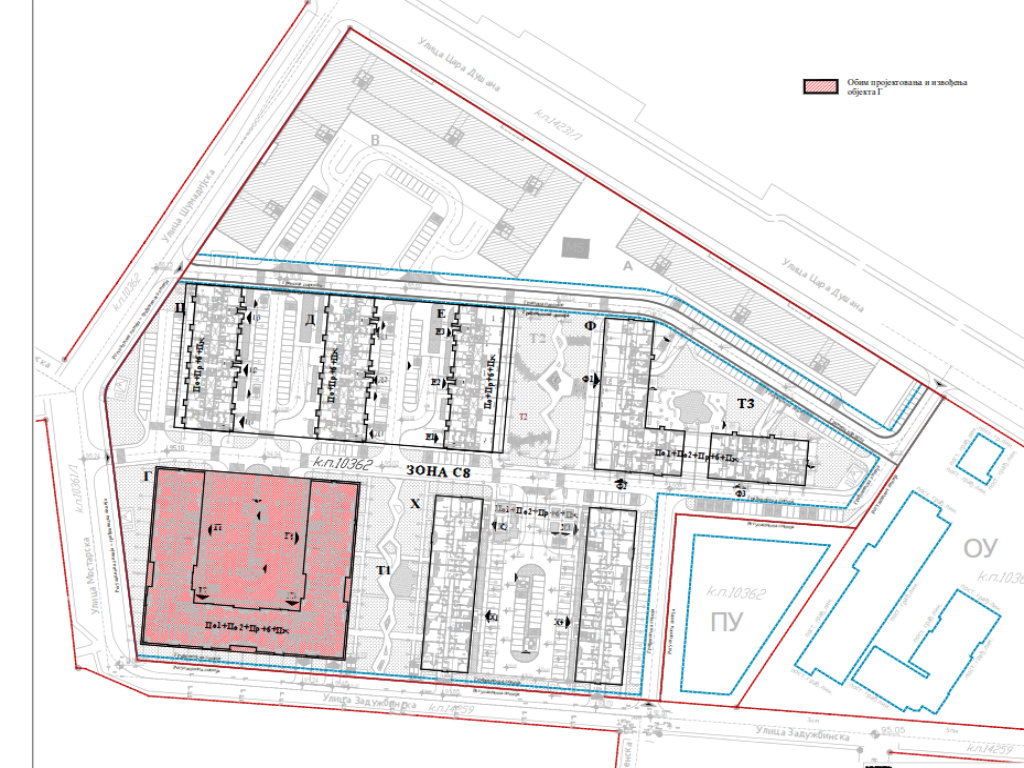 The future settlement’s plan
The Building Directorate of Serbia (BDS) has announced the beginning of the construction of another settlement in Belgrade – Zemunske Kapije.

The new settlement will be located in the area formerly occupied by the Aleksa Dundic barracks in Zemun – at the intersection of Cara Dusana St, Zaduzbinska St. and Sumadijska St. A total of six facilities will be built in the Zemunske Kapije settlement, as stated in the tender documentation.

The architectural and urban plan envisions structures C, D, E and F in the north section of the parcel and structures G and H in the section next to Zaduzbinska St. All facilities are meant to be residential, except for structures E and F, which will contain commercial facilities on the ground floors.

The public invitation opened on December 30, 2016, encompasses the execution of all preparatory works, preparation of technical documentation for buildings C, D and E and building G, infrastructure and landscaping on the plot and peripheral roads, construction works on buildings C, D and E, construction of prefabricated facility-showroom and building G etc. The deadline for submission of offers is February 6, 2017, and details of the public procurement can be found HERE.

The new project in Zemun has been called “The New Stepa”, that is, a complex which should resemble the Stepa Stepanovic settlement in Vozdovac.