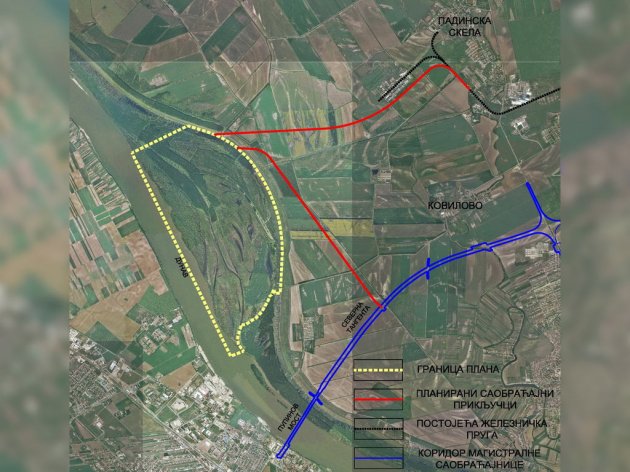 Urban plan
Step by step, the area for the construction of the new port in Belgrade is being prepared. The plan to build this transport-logistics structure on the left bank of the Danube not far from the Pupin Bridge in the municipality of Palilula has been known for some time. New details have been revealed recently, since the spatial plan of the new Belgrade port is currently at the early public review.

The planned area amounts to around 873 ha. The construction of 1,350,000 m2 of storage and service capacities is planned on this enormous area, as well as 870,000 m2 of traffic routes. The scale of the project becomes even clearer when one considers that the current Belgrade port spreads on 90 ha.

The port area will spread on around 328 ha and will encompass docks, port terminals and logistics centers meant for various port activities: nautical services, transport services, other business activities...

The development of all subsystems of a modern logistics center is planned within the new port's complex, and the accompanying activities will include storage, transport services, distribution, vehicle and container maintenance, managing and administrative activities...

The plan is for the logistics center to link various types of goods flows (water, railway and road traffic).

The port complex will be linked to the city's road network by a new traffic route in the direction from the port to the planned intersection of the North Tangent and the road to the Borca neighborhood. The length of this access route will be around 3.5 km. 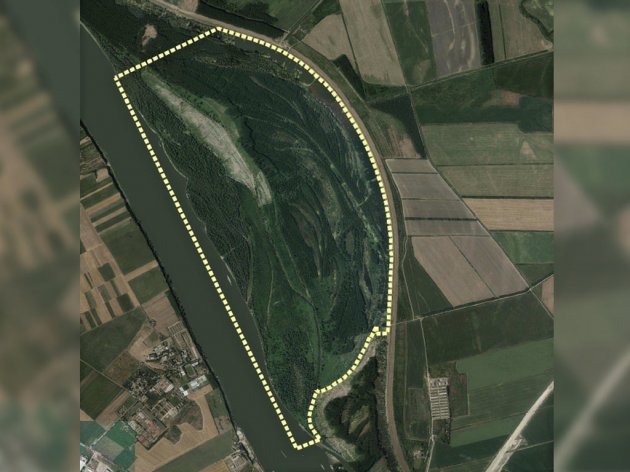 The railway link is planned through an industrial track diverging from the existing Belgrade-Pancevo railway at the Ovca railway station towards the sugar factory complex in Padinska Skela. The length of the new railway link which will connect the port complex and the existing railway in the Padinska Skela zone will be around 5 km.

The development of an internal road and railway network in line with the estimated needs and technological activities is also planned within the port complex.

The planned commercial zones span across around 270 ha and the area is meant to be a part of the Belgrade Free Zone.

The main limitations to the construction and the preparation of the area include: the lack of traffic and utility infrastructure, a terrain not suitable for urban planning, unprepared water regime and a high water table, the fact that the area in question is part of Serbia's ecological network...

As eKapija wrote earlier, the planning documentation is being prepared in line with the memorandum signed by representatives of China Environmental Energy Holdings and Minister of Construction, Transport and Infrastructure Zorana Mihajlovic.

The Ministry earlier said for eKapija that it was possible, after the preparation of the documentation, that the construction of the new Belgrade port would start in 2017.