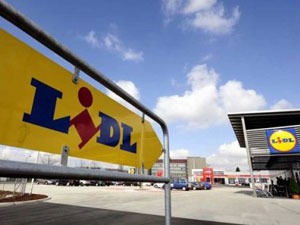 Illustration
The construction of a Lidl supermarket in Vojvode Stepe Blvd in Novi Sad hasn't started yet, because the tender for the preparation of the construction site hasn't been completed.

As 021.rs has learned, the Public Enterprise for City Construction and Development of Novi Sad has not yet completed the public procurement procedure for the choice of the contractor for the works on preparing the roads, the sewer system and the public lighting. One of the reasons is the vagueness of certain sections of the documentation, and the other one is the complaint by one of the bidders.

The tender for the preparation of the ground was placed in early May, and the decision by the Commission for the Protection of Rights in Public Procurement Procedures regarding the complaint hasn't been reached for nearly a month now.

By the way, before the complaint was submitted, the commission of the PE for City Construction and Development, in deliberating between the bid made by AD Vojvodinaput-Pancevo and the one made by Put Invest d.o.o. of Backi Petrovac, chose the former, as the Pancevo-based company offered to perform the construction work for RSD 24.4 million instead of RSD 27.7 million.

It remains to be seen when the Commission will reach the decision. If the tender is canceled, which automatically means the new public procurement procedure, it doesn't necessarily mean that the construction of Lidl between Novo Naselje and Detelinara will be late, as the German supermarket chain intends to open a supermarket there in 2018.