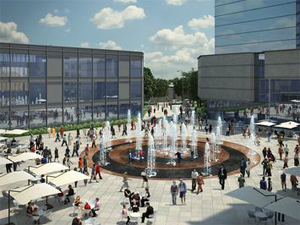 On Tuesday , April 19, foundation stone for the construction of the Novi Nis complex will be laid in the barracks Bubanjski heroji , the mayor of Nis, Zoran Perisic said . He added the government adopted a conclusion according to which for five years, deadline for construction of apartments for the Army of Serbia is extended

Novi Nis communicated to have received a constriction permit.

- We are grateful to everyone in Nis and Belgrade who helped us in achieving this objective. We will have a formal ceremony next week, after which we will, in a very short time , with our partners start construction of the first stage of the Novi Nis project – they announced.