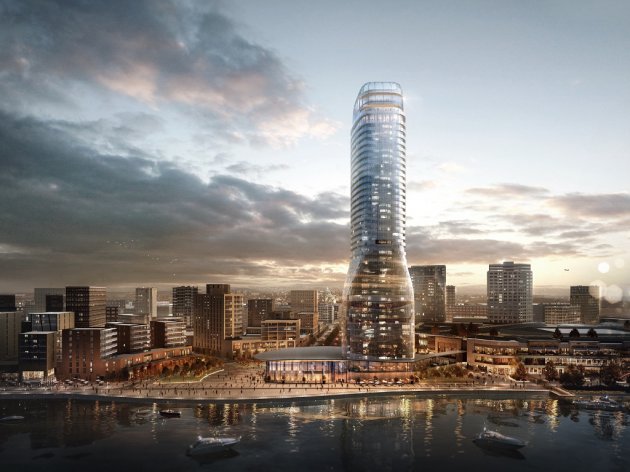 Tower of Belgrade will occupy 50,000 m2, it will have 40 floors and will be over 160 m high, which makes it the highest tower in the Balkans. In addition to the hotel facilities, the building will have residential units, a special attraction will be the highest city viewpoint, which will provide a panoramic view of the capital.

Mohammed Al Albar said the tower will have a luxury hotel St.Regis and he mentioned the W hotel, whose construction should begin in the next few months. According to him, the Tower of Belgrade will "bring the world to Serbia," and will certainly contribute to GDP growth.

Vucic said that the tower will become a symbol of Belgrade and Serbia. He pointed out that the project "Belgrade Waterfront" will speed up development of tourism, employment and development of further investments in Serbia.

He added that local companies as subcontractors will be engaged in the tower construction which will become “a landmark of Serbia”.

Author of architecture for this project is an American firm Skidmore, Owings & Merrill LLP (SOM). Although the earlier project implied the tower is 220 m high, a team of designers from Chicago estimated that the facility of less height would fit better in the perspective of Belgrade. 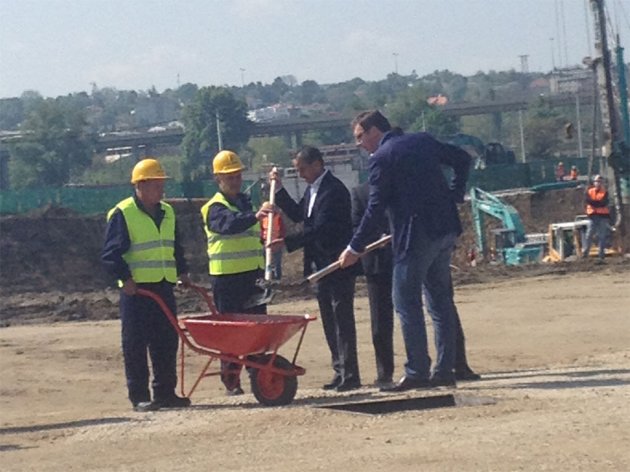 (Laying the corner stone for the Tower of Belgrade) Multifunctional complex will have 222 residential units, while the St.Regis hotel will have 9 floors and 125 rooms and suites. The hotel will have a restaurant on the top of the building, St.Regis bar, spa, and swimming pool and meeting rooms. Owners of apartments as well as hotel guests, will be provided with underground parking on two levels.

According to project documentation, it was planned that the tower is connected with pedestrian with the future shopping mall, which will be built within the Belgrade Waterfront.

Completion of the construction is planned for April 2019.

Apart from Aleksandar Vucic and Mohammed Al Abar, the event was also attended by the mayor of Belgrade Sinisa Mali and the Ambassador of the United States of America Kyle Scott.