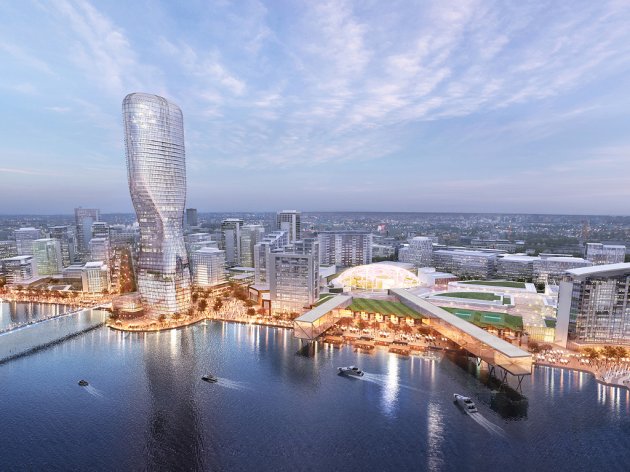 Preparation works on the construction of Belgrade Waterfront project , according to mayor, Sinisa Mali will speed up. The new thing is that, apart from previously announced buildings, as of the fall, two residential skyscrapers will be built.

Big lift for goods transport will be removed until June and this is pre-request to set space free for two residential towers more. Their constriction would start in the fall this year, Sinisa Mali announced for Studio B.

As Novosti finds out , in line with the plan, at this part of land, facilities of over 60 meters will be built which will be planned for residence.

Although it was announced that Lasta’s station will relocate in March, this work will be done by June. As of mid-summer, buses will start from Block 42 . Investor should decide if, at the space of today’s terminus will be facility with business purpose or these will be residential buildings. In line with the plan, both can do.

As previously announced, all construction affairs are entrusted to domestic companies and construction workers at the first two towers will be operative workers of Energoprojekt.