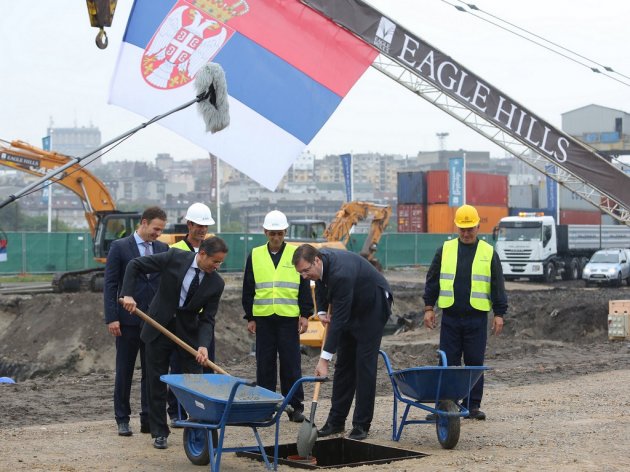 Serbian Prime Minister Aleksandar Vucic said that the start of construction of Belgrade Waterfront also signified the beginning of new epoch for Belgrade and Serbia.

Vucic said that the first effects of implementation of the Belgrade Waterfront project were already visible although construction works had not commenced yet because the entire area looked incomparably better without the dump, awful shacks and ship wrecks.

- It already looks great, and the real, big construction work is yet to start. Three days ago we signed an agreement to build W Hotel, the most beautiful building in Europe, more beautiful even than the one in Barcelona - said Vucic.

Mohammed Al Abbar noted that the heritage in the location of Belgrade Waterfront would be preserved, adding that the construction of the luxury hotel W would kick off shortly after the start of construction of residential towers, which would give a new quality to Belgrade.

The first phase of investment will cost EUR 350 million, whereas the entire project is valued at EUR 3.5 billion. As it was announced, minimum 50% of the project must be finished within the next 20 years, while the deadline to complete the entire project is the year 2045. The fist A phase will see the construction of six facilities with a total surface area of about 300,000 square meters.

Two residential towers on a surface area of about 60,000 square meters will feature a total of 296 apartments, and the registration of all those interested in buying these apartments will begin October 3rd, when the price per square meter and the size of each apartment will be unveiled.

The second phase will see the construction of remaining 1.7 million square meters of residential and commercial space.

For more information on the project, construction and contractors from Serbia, click HERE.