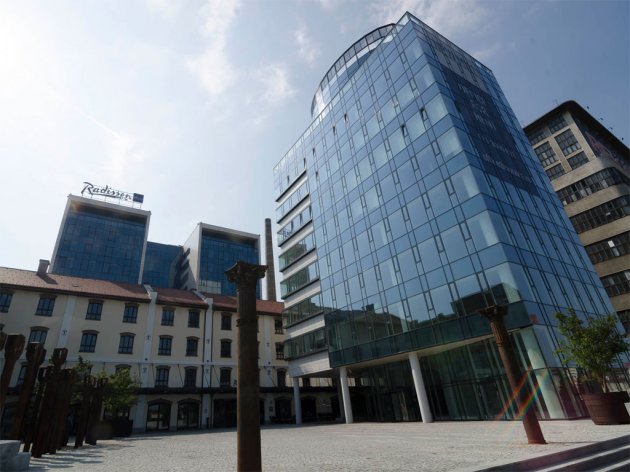 Austria's Soravia Group yesterday signed an agreement with Halkbank to open the first office in Belgrade on the ground floor of New Mill business building. This agreement was signed between Soravia Group CEO Clemenz Scharnz and Chairman of the Halkbank Executive Board Kenan Bozkurt.

Halkbank, which entered the Serbian market by taking over Cacanska Banka, is one of the largest banks in Turkey with a total of 886 offices. Their plan is to open the first office in Serbia and Belgrade this October. A complete design and plan for the space have already been completed, to a mutual satisfaction, people at Soravia Group told eKapija.

As they said, Halkbank representatives like the Old Mill complex very much, especially because of the vicinity of Radisson Blu Old Mill Hotel.

After Halkbank moves in, New Mill business building will be left with 1,500 square meters of A-class office space to offer to prospective tenants.