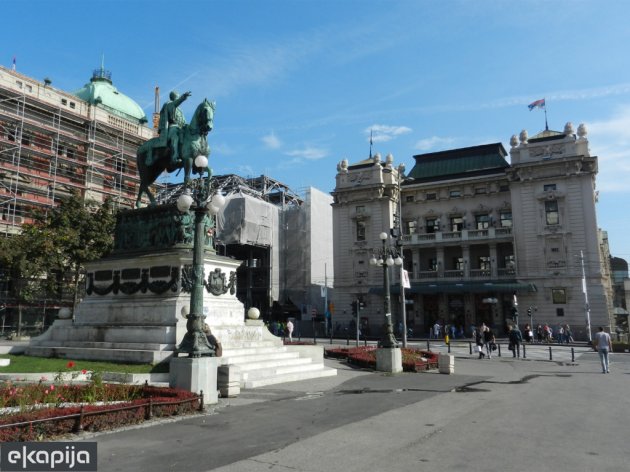 The Directorate for city land and construction of Belgrade together with Association of the architects of Belgrade released competition for architectonic solution of three squares at the city center, Terazije Square, Nikola Pasic Square and The Republic Square.

– When solutions arrive at that international competition and when the jury picks up the best ones, we will in the upcoming years start developing the squares. We think it is very important to develop the city center which should start looking like developed capitals of Europe and this is the first step in that objective implementation – the city manager, Goran Vesic said, Beoinfo reports.

According to him, during the next year, development of Terazijska padina which is now undeveloped will start.

- Apart from that, early May should see rehabilitation of the Cvetni trg, at the area where now shops are. This part will be integrated into a whole and it will be one of more beautiful squares in Belgrade. We are doing it with Delhaize and we will not use funds from the budget for the project. We planned the Monument to Borislav Pekic here, our famous writer –the city manager says.

He announced that next year, at least hundred mini parks will be developed, forty of which developed this year.

The subject of the competition comprises three central city squares and public areas of streets connecting them into a functional whole on 13,6 ha. 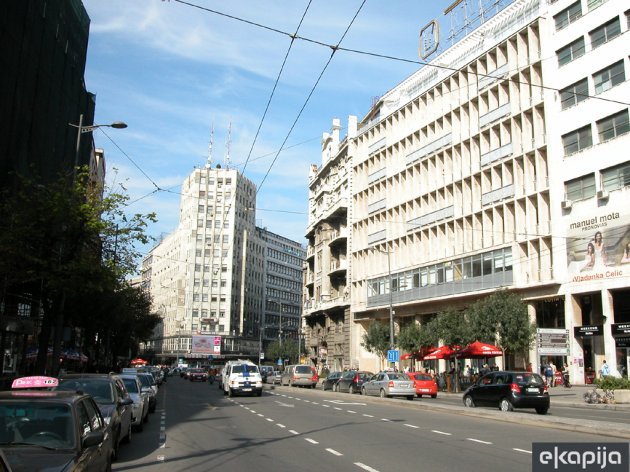 The Republic Square – removal of Staklenac, relocation of the Monument of Branislav Nusic


First of all, it is necessary to give suggestion of program and design solution for this development of free areas of Square.

Apart from that, it is necessary to define new public facilities in the part of the block between Brace Jugovica street, Makedonska, the Square itself and the Bulevara despota Stefana street. Temporray facility of Staklenac should be removed. Specific purpose of construction in that area has not been defined. After that, recommendation of the Bureau for protection of the monuments of the City of Belgrade is that all facilities behind the cinemas Balkan and café Zora which represent heterogeneous structure inadequate to the environment of the city core and cannot be integrated in the future square transformation, are removed. 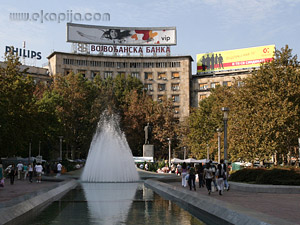 Architects should examine positions of entrance and exit in planned underground garage in the zone of the Republic Square, provide proposal of the garage and in line with the proposed solution, having in mind future metro station.

The Monument to Knez Mihailo and the "Millennium clock" will stay at the existing locations at the existing condition. Option of relocation of the Monument of Branislav Nusic to convenient location can be considered. Apart from that, connection between the central part of the Republic Square and the block between Brace Jugovica, Makedonksa and Bulevara despota Stefana streets via pedestrian connections should be considered. Apart from that, it is planned to increase greenery quality at the square.

It is necessary to give proposal for partner development of the Terazije Sqaure in context of uninterrupted public space, from Kalemegdan to Slavija. The solution should enable multi-practical space usage.

Terazijska cesma and Spomen obelezje obesenima 1941 monument (the monument to the hung 1941) will stay at the existing locations. Architects should pay attention to increase of green area quality. It is possible to design artistic installations in order to create visual identity of this part of the city.

The Square of Nikola Pasic – Monument of Aleksandar at Assembly, urban pocket in Nusiceva


As defined in the competition, they are planning development of free zones at the Nikola Pasic Square as well as development and equipping of open space at the National Assembly building. 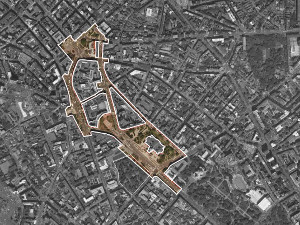 Competition scope
Special attention should be paid to placement of Monument of king Aleksandar I Karadjordjevic within the area of the National Assembly. Solution of new urban pocket within Nusiceva which has been losing the character of transit passage and has been becoming a place of staying, gathering and meeting should be considered. In that sense, traffic solution in Nusiceva should be designed so that the area would be free maximally. New visual and program identity of underground pedestrian passage of Decanska-Nusiceva should be designed.

Monument to Nikola Pasic stays where it is.

Special attention should be paid to development and equipping of area between the Square of Nikola Pasic towards Cumicevo sokace.

Next summer to see presentation of works

The competition is open, preliminary and two-levelled.

All physical entities with high degree in architecture, landscape architecture and design can participate. The competition was released December 17 and deadline for questions if January 15, 2015. Deadline for submitting works in the first stage is March 6, 2015. After that, five works most will be selected for the second round, by March 20 latest. Delivery deadline for second-levelled works will be May 5 and competition results should be published by May 15.

The results will be published at the page of the Association of the architects of the City of Belgrade, Directorate for construction land and the City of Belgrade and the portal of the Directorate for public procurements. Exhibition of competition works and public discussion will be organized by mid-June 2015 latest. The first prize is one million, the second 500.000, and the third RSD 300.000.