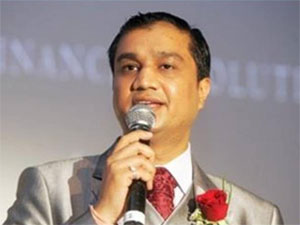 Arun Panchariya, an "Arab" investor who invests in Serbia's infrastructure, has been in the spotlight over the past few days. In an exclusive interview with eKapija, Panchariya confirms that he is going to invest in the highway on Corridor XI because it is an important strategic project for them given that it connects the Adriatic Sea with Romania and Ukraine, but he also denies any plans to buy Belgrade-based football stadium Marakana.

Namely, Construction Minister Velimir Ilic last week signed a Memorandum of Cooperation with the GIDC company - a joint venture of the Serbian government and the company Global Capital Advisors Management from the United Arab Emirates which will finance the preparation of technical documentation for Corridor XI, from Pozega to the Montenegrin border, with 15 to 20 million euros.

However, this Arab company is not headed by any of the sheikhs who have been visiting our country lately, but by an Indian - Arun Panchariya. His position and the company's nontransparent roots (connections between India and the Emirates) have attracted numerous comments in Serbia - who is he, is Serbia heading into another trap, etc.

In his first interview with the Serbian media, Arun Panchariya speaks about how a temporary ban on operations as a result of malversations in India affected their global business, as well as about their future plans for our country.

eKapija: How did you decide to invest in Serbia?

- We were part of a delegation that came to Serbia from Abu Dhabi (the United Arab Emirates) and we decided to invest in your country during that visit.

eKapija: Who was the one to contact you and how did you come to the idea to establish GIDC, a joint venture of your company Global Capital Advisors Management and the Serbian government? 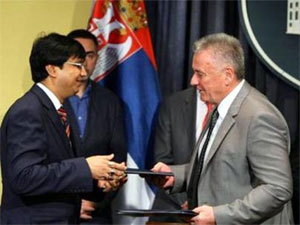 at the memorandum signing ceremony

- We made contact with the Serbian government thanks to the UAE government and their bilateral agreement with your contry.

eKapija: Can you give us more details about the projects on Corridor XI? Why that stretch?

- The highway E-763 (Corridor XI) on which GIDC will be working is a very important strategic project for use because it is a route connecting the Adriatic Sea with Romania and Ukraine.

eKapija: What do you plan to do in Serbia in the future? If I understood you well, the project on Corridor XI is only your first step.

- GIDC is currently working on the Pozega-Boljare stretch of the highway E-763 (Corridor XI). Aside from that, we also work on the Aviation Cargo Center and logistics projects in Ladjevci, solar power plant in Cacak, and the highway E-761 that connects corridors X and XI.

eKapija: Some time ago you expressed interest in buying Serbia's largest football stadium Marakana and building a shopping center and the number of other facilities in that location?

- That is not part of our current business plan.

eKapija: When you first came to Serbia and signed a memorandum of cooperation and investment in infrastructure projects, the media started to bring you in connection with numerous business frauds in India and the Emirates. After doing the check ourselves, we found out that the stock exchange watchdog SEBI (Market regulator Securities and Exchange Board of India) had forbidden the Pan Asia Advisors company, which is now a part of Global Finance and Capital, and you to do any business in India over the next ten years because, as they said, you "participated in frauds involving global depository receipts -GDR. What is your comment on this?

- There were some wrong claims in this case, which is why we disputed it on 30 September 2013 and the watchdog lifted its ban.

eKapija: How did this ruling and temporary ban affect your operations around the world? Did they influence your decisions on where to invest, and were you forced at that moment to find new markets to invest in, given that you were disabled to invest in your home country?

- At first, this ban affected both my personal life and my business. However, I firmly believe that every person must pursue his or her passion with all their heart, and my passion is work.

eKapija: When we speak about Global Capital Advisors Management and your other companies, what are your objectives for the following period?

Arun Panchariya has more than twenty years of experience in investment banking, asset management, commercial banking, textile industry, production and trade and other financial services. According to the official website of the newly established company GIDC, he concluded a number of contracts in the Near East, south Asia, Africa...

Panchariya started his career as the manager of his own company in India before moving to the Gulf in 1998.

At the moment, Panchariya is the chairman of the GIDC Serbia Supervisory Board, the director of Global Capital Advisors Management headquartered in Dubai, and the director of the broker company Al Brooge Securities LLC in Abu Dhabi.

Since August 2008, he is also the director of Cardinal Capital Partners Limited from Mauritius. At the same time, he's been managing London-based company Global Finance & Capital Limited for as many as nine years, and he is also the majority owner of this company.

He only completed a secondary school - Rajasthan Hindi High School.