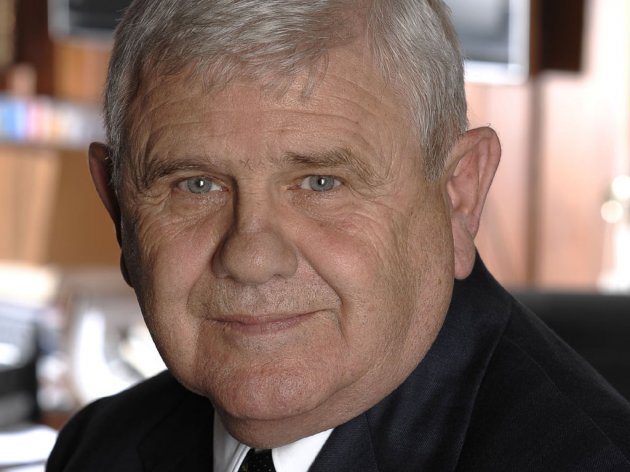 In the times when social ownership was flourishing in ex Yugoslavia, he opted for private business. Products of the crafts rubber shop, Neopren, reached even America and he enjoyed the status of the most successful businessman in Yugoslavia. Until the nineties, he was in the rubber production and then developed hyperbaric medicine in Serbian to the world class level.

In the world of medicine, he admits, he has not fit in yet, but when it comes to hyperbaric, he enjoys a huge respect on all continents.

Miodrag Zaric, the founder of the Hospital for Hyperbaric Medicine is the man of the world, He is a connoisseur of different things. A passionate diver and fisherman, modest fan of poetry and he also participates a bit in publishing.

He has a resume many people would envy for but he stands firmly with his feet on the ground and shares his success generously with other people.

In his interview for eKapija, he evokes memories of his life seven decades long.

- I do not know anymore whether I really remember my childhood or I just remember it from the stories of other people. I remember I participated in the release of Belgrade and that I was shooting - he started his story through laughter.

He grew up in Lekino brdo in a house of honest people, craftsmen. He was six when he sewed dresses for girls in the street and he learnt craft from his father. He often, even today, represents himself as a goldsmith Zaric.

He finished high school of chemistry and the Technological Faculty and started working in Belgrade-based Rekord. There, he acquired basic knowledge of rubber industry, made progress very fast, headed development and spent majority of time preparing new recipe.

He spent three years in Rekord and then, in early seventies, he dared to start his own business. 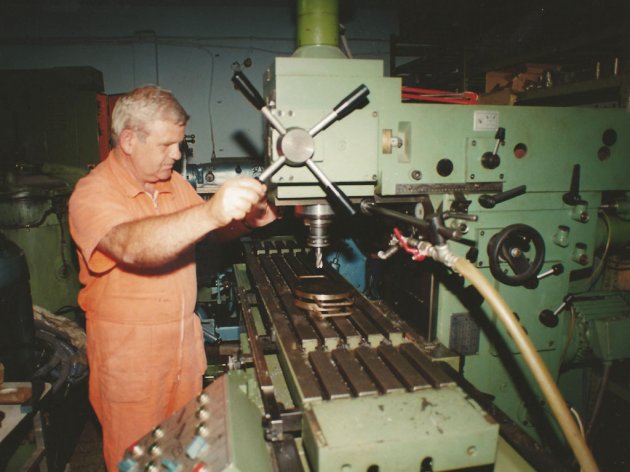 Regardless of a degree, in order to register privately-owned shop, he needed rubber craft. He passed that exam at a colleague from Rekord he was superior to. That was just one of absurd of that time, as he says.

- Today, everybody is businessmen and being a private owner was not very much appreciated at that time. Mother cried for a month for having left secured job and my friends felt sorry for me.

He was developing rubber industry in Neopren, mostly what was imported in order to decrease import. He has some 400 products, 10 staff, and in 1976 he became the biggest private owner in Yugoslavia.

- There were three shifts and I was always in the shop, dirty. I was just like any other owner, and was not bossy. In the time when Zastava Jugo America project was going on, I had bigger profits than the whole Zastava. We were exporting to England, Finland, America and Nato alliance.

Pneumatic pillows for weight lifting are product which upgraded the level of his work so far. Cupola at the Sveti Sava Temple in late eighties was built with the help of these pillows. He conquered production on his own and in early eighties he got a license and the name of the English producer, Holywell from New Castle. Merging took almost two years and then Holywell moved its production to Belgrade-based Neopren.

- The job went well. We were generating multimillion exports indollars during the eighties and then the nineties came.

The last shipment I sent to America was welcomed by sanctions before goods was unloaded in New York. Problems appeared and when one looses this kind of a big market once, it is difficult to get it back – Zaric is speaking honestly.

Collocutor of eKpija is a passionate diver. He was fifteen when he dived for the first time, he put on equipment with 17 and he bought the first car by diving into the Danube. He remembers, it was January, the river was covered with ice and it was necessary to clean the pipe of the cotton combine Grocka. He finished the task in a few minutes and he stayed another half an hour under the water because he was ashamed for finishing so quickly. He bought Fiat 850 from that fee which served him well in the next years.

This hobby later on led him to the world of the hyper baric medicine where he has successfully been managing for two decades now. 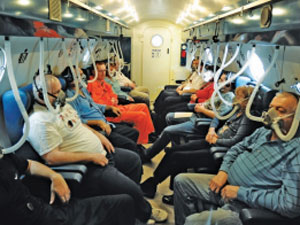 - During diving, I went deeper and deeper where hyperbaric chambers were additional equipment. Hyperbaric medicine and diving are very close and many people from the world of diving works in hyperbaric field as well because they have a touch for pressure. I knew that other patients cure there and when Yugoslavia was hit by war, every injury was followed by amputation.

In a year he visited 15 producers, 40 centers worldwide and in 1994 he started business. Serbia had only three chambers at that time with one place. The first one Zaric provided had 12 places. Great expert of hyperbaric medicine dr. Nikola Dekleva, welcomed them and opened them the door of the world.

- During the war period, we were treating 300 gas gangrene, It is deadly in 90% of the cases and nobody who does not enter the chamber can survive it. Death rate is 7% in cases of chamber treatments. We had 0. Person who came alive to the chamber, he or she came out very quickly.

The hospital was firstly named after Zaric company, Holywell-Neopren and then it became a bureau and a hospital. It was included in the health system so patients are treated at the expense of the state.

Daily, the Special hospitalin Belgrade hosts 300 patientsand the results are above the world ones. u According to the European Committee for Hyperbaric Medicine, it is the best at the Old continent. It has departments in the Clinical Center of Serbia, the Institute for Orthopedic Diseases, Special hospital Merkur in Vrnjacka Banja and the movable center in Bujanovac. It has fifteen chambers, technologically equipped which are education base for the Faculty of Medicine at the University of Belgrade. The staff is technically educated so expert help Zaric and his associates are required from the countries all over the world – from UAE to Bolivia. 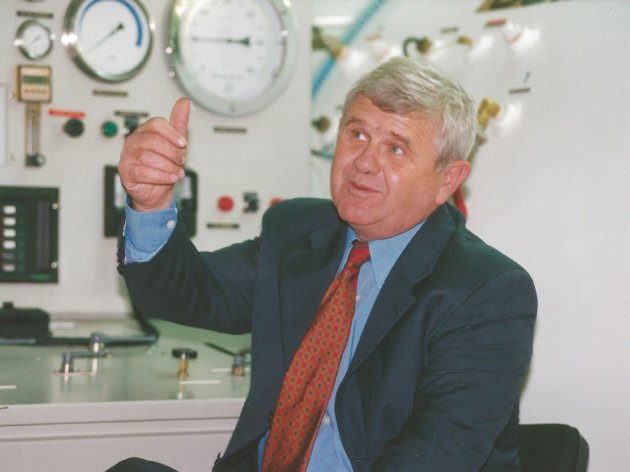 The hospital will soon become the European Center for Autism since it treats every day 30 autistic kids from all around the world but Zaric does not think of himself as a humanitarian.

- To deal with medicine is a human job if you do it humanly. Work with these kind of kids is very difficult and it is recommended to continue the treatment since results are very good.

In September, he will share his experience in hyperbaric medicine with colleagues for the Old continent at the European Congress of the Hyperbaric Medicine at the La Reunion Island in the Indian Ocean. That will, at the same time, be his holiday.

Officially, he was not on holiday for 23 years.

He travelled half of the world, for business or privately and he enjoys mostly travelling to London. It his second favorite city, after Belgarde. He was there in 1968 for the first time. 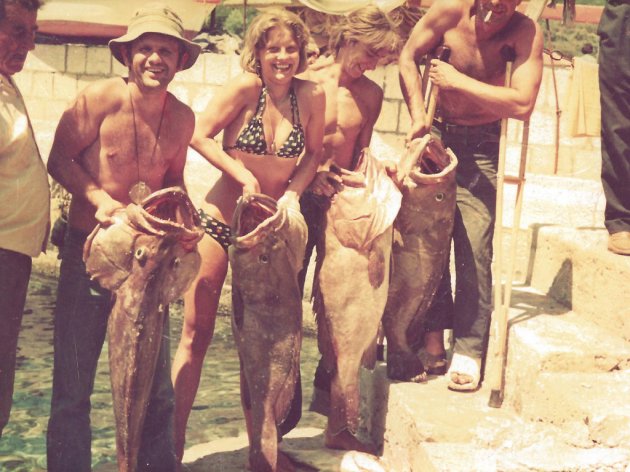 - I remember I was encountering a man who resembled Hickok. He wore white gloves and black shiny shoes and he was a cleaner. I talked to him and liked their lifestyle and then I fell in love with London.

He promised a travel to the English capital to his friend Mika Antic but the death of a Serbian poet prevented them in the intention. Antic reached London however because the English edition of the Legend of a Bird which Zaric published reached the top of the the most successful English bookstore. He dedicated it to his friends and it was given to the children suffering from cerebral paralysis in the island country.

- Your Mika Antic is better than Pervert, they told me.

He will soon publish another book.

He spends his free time fishing and he enjoys mostly when with his family. He has two children and is a proud grandfather of three grandchildren.His son Petko is a mechanical engineer, technical director in the hospital and his daughter Olga will run an exclusive restaurant which they are building near Belgrade.