Pavle Marjanovic, General Manager for Serbia and Montenegro at Actavis - We need people with eye shine 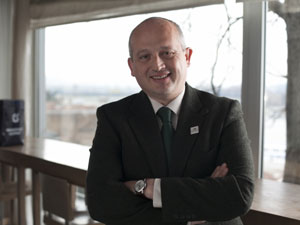 The General Manager of Actavis for Serbia and Montenegro is revealing for eKapija what is a soul medicine why he keeps his office doors always open and why “eye shine” is a secret ingredient of the good cooperation.

eKapija: How did a doctor opted not to make career in “white coat”?

- I worked as a doctor for a very short period of time because there was no work so I have actually been working in the pharmaceutical industry from the beginning. Although it was not my first choice, I have to admit that this "transfer" was very interesting and I was motivated to do my best and to and keep learning. I started practically from "the bottom". I got my first job in 1991 at the Janssen Cilag branch office.

During my work later, I went through all the sales steps - I was an associate, sales manager and area manager until I reached the position of a country manager.

eKapija: Medicine and pharmacy have a mutual noble mission but they also differ. How did you find the success formula?

-Doctors at the University learn nothing about sales, so I had to start from the beginning in that field. Apart from learning in the field and through practice, I have invested a lot for years in theoretical knowledge. I think those two things must be combined, neither practice can survive without theory nor vice versa.

I developed my skills at the French Insead, the British Cranfield, I attended management program…Wherever I went, I used to buy expert literature so today I have very big library in the field of marketing, sales and negotiations.

eKapija: Where have you learnt your "school of life"?

- You learn your business life school from your first superior. Along with that, you meet people, realize how some things work even though, of course, you have to accompany that with academic knowledge. My first superior, Mihajlo Misa Stefanovic, is my role model.

eKapija: You have worked as a sales trainer for years. Is there a recipe for a successful seller?

- First, you have to realize that sales is not some kind of manipulation or a lie. You must know well your product or service and know the market needs. If your product has it, if it's really good, you'll sell it. There is no secret.

You can manipulate people one or two months, or six but you cannot do it in the long run. In the end, it all comes down to whether a user is satisfied with what you sold him. You should always be aware of the potential product weaknesses be able to talk openly about it.

eKapija: How does a working day of the Actavis General Manager look like?

- Very interesting, very demanding. Every day is a challenge. 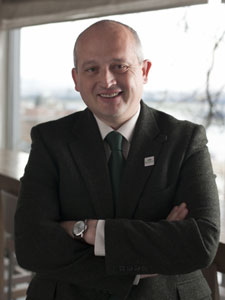 The core is a good team and associates who are excellent in departments they are accountable for. A General Manager shall coordinate and not to think that he is better or smarter than the Marketing Manager, Chief Financial Officer, or any other departmental manager.

Modern management is not a dictatorship; it is not a strict hierarchy but the creation of quality team where everyone is doing their best. The easiest meeting is the one in a cold atmosphere where a director gives a monologue and everybody else remains silent. It is more difficult with strong people who know their work and have their own opinion. But, that's the point and this leads to success.

The organizational structure of our company is very specific, for example, I have a direct superior to some 14-15 people, I communicate with them directly. Also, I do not have a secretary because I am strongly against it and the door to my office is always open - whoever wants, can come for an interview.

eKapija: How do you choose people you cooperate with?

- I need people with shine in theur eyes, nothing else.

eKapija: What does it mean?

- to want to work, to have one driving enthusiasm and positive energy. Not to say to every new idea: No, that's impossible, that no one has ever done, it does not work. To have a long-term vision of personal growth and development of the company.

People who try, succeed or fail, but if they make a mistake, they get up and move on. The point is to have an open relationship in the branch office, to talk openly about everything and that people can in a normal way, without fear, say if they were wrong.

eKapija: What is your current objective?

- When you enter business, you think you know something, and after several decades of work, you realize how little it is actually. Therefore, I always try to learn, I'm reading .... Actavis is a global company with tremendous support for personal development, for which I am very happy here.

We are facing in Serbia with big and important tasks since the market is unsaturated with modern therapies. The potential development of new drugs is enormous. There are many old drugs, even from '50 and '60 which are inefficient, but there are modern significantly better ones. Our mission is to launch the generation of drugs, at affordable prices. It's a "win-win" model for all participants - the patient gets better medicines and the Republic Fund for Health Insurance pays the same.

- No matter how "worn out" it sounds, crisis is an opportunity. Actavis proves it since we are growing. It all depends on your point of view - positively or negatively.

There is a famous story about two sellers whose job was to sell semi deep shoes in Africa. The first immediately gave up - what to sell, when it's hot there, everybody walks barefoot and they do not need it. The other one sold a truck of shoes, just for the same reason - they are all barefoot, they needed to be explained why it was easier to run in shoes that would protect them from stones, thorns ...

eKapija: If you had not been in the pharmaceutical industry, what would you do?

- There is only one job I would like - to be a sales trainer. It is likely that I would go back to that later. I think about as the end of my career.

eKapija: Pharmacy today heals almost everything. What is the cure for the soul?

You must see happiness in everyday joys and enjoyment, in small successes. In the Obrenovac wood, in the afternoon running, for example.

eKapija: Where has been your personal “bottle of enjoyment” these days?

- I attend a sailing course with my kids on the river Sava and really enjoy it. I'll try it at sea. Two months ago, I was on a basic course in Portoroz. Sailing is the real contact with nature, no motors, no modern technology ... It requires practice, quick thinking and team spirit. Also, I try to do recreational running three times a week for half an hour.

eKapija: How did you spend your last vacation?

- In my parents’ cottage in Tomasevac. I often use holidays to read since I do not enough time during working days. The last book I read was Murakami's book "1Q84".

Along with a career in the pharmaceutical industry, he has worked as a sales trainer from 1993 to 2001. In 1999, he published one of the first books in this field in Serbia - "Short sales manual”.