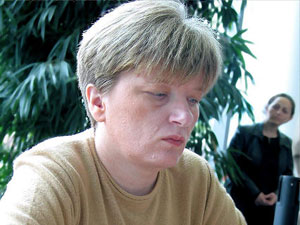 Jordanka Belic, a surveying engineer, specialist for gas pipelines and a co-author of plans for the Nord Stream pipeline, has proved that queen is not the strongest piece only in chess. This board game taught her to take risk and rely on her intution and took her to the country of beer, sausages and good cars, where she built her career in the field that is traditionally reserved for men.

After spending twenty years in Germany, this grandmaster and the last chess champion of SFRY is again in the city she remembers from her student days at Lola dormitory.

The engineering company imp GmbH, where she used to work, decided to form a subsidiary in Serbia. Jordanka thus became the director and co-owner of the newly founded company JIE Engineering in Belgrade two years ago.

As she says, in chess, the same as in life and business, she takes risks and relies on imagination and intuition because she did not study variants, strategy and tactics from books.

- I am a self-taught chess player from Ivanjica - Jordanka says through a smile. 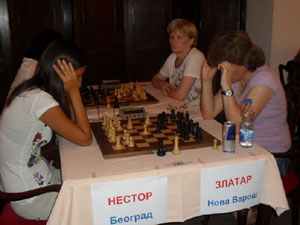 She made her most important move in life in Dortmund in 1987, when she met her husband.

After graduating from the Civil Engineering Faculty in Belgrade, Department of Geodetics, she was offered to stay at the university as an assistant professor. At the same time, Germany invited her to join its national chess team.

She decided what to do few days after student protests in March 1991.

She played chess for Germany at European championships and chess olympiads in Moscow, Yerevan and Bled. In 2010 her chess club USV Volksbank Halle from the city of Halle an der Saale won the national chess championship. She earned the title of Grandmaster in 2000.

- Now I even speak German in my dreams, while when I first moved to that country, I did not know to say a single word of German. I've learned it spontaneously, through talking.

She began her engineering career in 1996 at the company Zeichentechnik Rosenbaum from Essen. In early 2001 she started working for Blank GmbH, which was taken over four years ago by imp Holding GmbH.

Although she participated in various projects, Jordanka points out that she has always been primarily an "expert on gas pipelines." The most demanding and most challenging project she has worked on is, undoubtedly, Nord Stream. She is a co-author of plans for that gas pipeline 160 kilometers long, a part of which was built under the sea.

- That is an incredible project. It was my pleasure to participate in it because everything was organized very well and the productivity is extremely high. When the contruction kicked off, 2,500 people worked on the site.

Belgrade, for the second time

(JIE Engineering, with the owners of imp GmbH)

Two decades later, she is back in the city where she studied.

- For both business and private reasons, I am very happy that I have returned to Belgrade. Running a company like JIE Engineering poses a great challenge to me. We've hired about ten young engineers, and I am extremely satisfied with their performance. I believe that we do not lag much behind our colleagues in Germany.