Vesna Jecmenica, director of the furniture distribution company Nitea - In renovated space of Kompresor as of February 2012

Functionality, creativity and quality are the criteria that Belgrade-based Nitea has been guided by in its operations for more than 15 years. Together with its partners, among which are some of the world's most famous companies in this industry, this company sets new standards for quality and design in the Serbian market. Lovers of good office furniture can find pieces of the most various shapes and colors, made by Vitra, Herman Miller, Sedus and others, in the building of Kompresor, 19 Zorza Klemensoa Street.

That is where we were received by Vesna Jecmenica, director of Nitea, who announces, in an exclusive statement to eKapija, the reconstruction of that building and the arrival of new neighbors to eKapija.

- Kompresor will be turned into a space that will accommodate seven interior furnishing companies instead of current four. The space will be reconstructed in January, and the building of Kompresor, with a brand new look, will later be reopened. Nitea will be the only company engaged in office furniture. There will also be three domestic furniture makers - Life Mode, Catra and Enterier Jankovic, two companies engaged in the import of household furniture and apartment furnishing - Haus and Dezen, and the German franchise Kare, which is already in this building. The existing space will be left by the company Micros.

eKapija: What will the reconstruction of Kompresor include, and how much money will be invested?

- We have agreed to turn the entire space into a big showroom. The total value of the investment is still unknown. We are doing our best to use as much as possible what we already have now. Kompresor spans about 2,000 square meters, and the plan is to utilize the gallery as well. Each company invests in its own space and decides how to change and adopt it to its own needs. As far as Nitea is concerned, it will be a significantly smaller investment than it was at the beginning because we already occupy a space where main changes have been made.

eKapija: When do you expect the reconstructed building of Kompresor to open?

- Kompresor's current hall was opened on 18 February 2009, so it would be nice for the reopening ceremony to take place in late February. Nitea will use that opportunity to present a new piece of furniture in its offer - a chair from the product portfolio of Herman Miller - Sayl, as well as a new chair by Vitra - ID, designed by Antonio Citterio.

- Although our business results were not that good as we wanted them to be, they were better than in the previous two years. In 2011 we became an authorized agent (for Serbia, Montenegro, and Macedonia) of another supplier - the U.S. company Hawortt. We started to work with companies Uniflair, Forbo and Tarkett, rendered more services related to partition walls, and inked several good agreements when it comes to furnishing.

eKapija: Since its formation in 1995, Nitea has been cooperating and representing some of the most prestigious furniture makers such as Vitra, Herman Miller, Office&co, Frezza, Sitland. In which way does Nitea choose its partners? 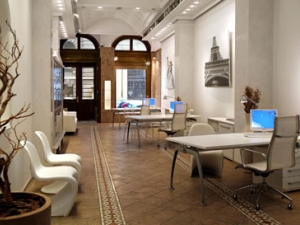 - Our aim is to work with the best because that is, primarily, a guarantee of quality. When you work with companies that are famous because their quality made them the best in their respective domains, then you can follow the trends in that field and learn a lot. Nitea today mainly cooperates with 8 suppliers: Vitra, Herman Miller, Hawortt, Sedus, Office&Co, Frezza, Sitland, and Pedrali. These are companies that invest much in research, development of their products and adaptation of products to today's needs of a working man. A big attention is paid to materials, care for the environment and ergonomy.

eKapija: Do you have any domestic partners?

- When it comes to domestic partners, Nitea works with the upholstered furniture maker Catra, the metal components producer Exing, Xylon, and Simpo. We are happy to cooperate with domestic manufacturers when they can offer us a quality product and good service in terms of speed and reliability.

eKapija: Are domestic producers able to meet the criteria set by foreign ones?

- Yes, they are, especially in the field of upholstered furniture. We are quite demanding when it comes to other fields, so it is not easy to find a domestic product that meets the criteria. Panel furniture is made on machines thatproduce a large number of processed panels in a very short time. In order to exploit such machine to have your investment returned, you must have a market that can absorb a big number of furniture pieces. It is not a secret that Serbia is not such market. What we were trying to do is find a company that would agree to make panel furniture exclusively for Nitea for certain number of days per month, without selling the same furniture to any other company, but we failed to find a partner in Serbia interested in doing something like that.

eKapija: How tough is competition in the Serbian market?

- In the field we are focused on, and that is office furniture, there are only few competitors. 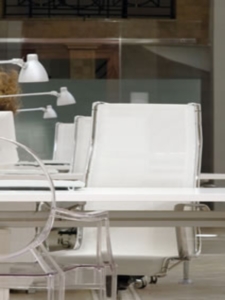 - Although we've been focused on office furniture from the start, Nitea has expanded its offer, introducing some new products, so that today it also includes equipment for hotels and restaurants, ergonomous furniture for children, as well as prefabricated partition walls, raised flooring and floor covers.

- This will be a difficult year for the economy sector. It is important to us to survive, and we cannot expect a fantastic business progress. Our business is in close connection with investments and people's standard. A remark made by Robert Clark of Retail Week about the problems of HABITAT, famous furniture store chain, is very interesting. He says that the first things people stop buying at the time of a crisis are: men's suits and furniture. Since our suppliers always ask us to give them a forecast for the next year, I am afraid that the answer will be very short this year - survival. However, in spite of circumstances, we hope for an improvement.