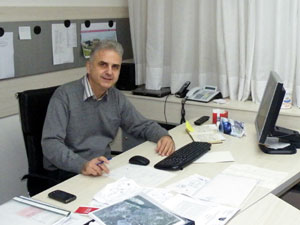 He opposes the idea of viewing a city as a static whole and prefers Belgrade, Lisbon and Istanbul to Barcelona, Paris and Prague. Architect Vuk Djurovic was once a trainee at the Urban Development Planning Center (CEP) and now holds the position of CEO at that company.

Born to a painter mother and journalist and literary critic father, Vuk Djurovic has had a different view of the world from his early childhood. The house of the Djurovics has always been full of artists and interesting people. Creativity and creations were the light motives of his growing up.

- Is there a better area than architecture for shaping a better space for a better world - Vuk Djurovic says when asked how he chose his profession.

While a student of the 14th Belgrade Grammar School, he loved to go with his friends to the centers of urban and cultural life in Belgrade - SKC, Kinoteka, Akademija.

- I've wanted to study architecture ever since I was a kid because it seemed to me that architecture was a perfect ground for the most divine creativity that had broader ambitions than classical arts in terms of social responsibility and important social component.

Belgrade instead of London 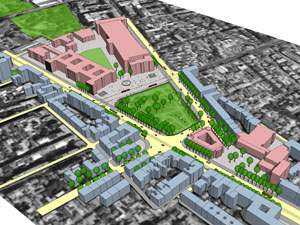 At the time when he graduated from the faculty, there were no jobs in the field in Serbia and many of his peers left the country for London. He, as well, was on his way to depart for the capital of Great Britain.

- However, I got a call from people at Belgrade-based Urban Development Planning Center (CEP) who invited me to work on a project. At that time, CEP was a quite avant-garde town planning company that was famous for innovations in whole of Yugoslavia. As one of my senior colleagues said, it was not money that was important at the time, but the opportunity to learn, develop and affirm yourself.

The Bobic brothers, Vlada Macura, Miodrag Ferencak, Misa David are only some of the people he has learned from.

Faithful to one company

Vuk Djurovic is still working at the same company that offered him his first job ever. He believes that that does not have to be a "limiting factor."

- Maybe I've come to this conclusion because CEP is more than just a company: it is an open ground that offers various development opportunities. Another reason for such conclusion may be the fact that I came to CEP when I was already clearly focused on urban planning. CEP has always served as an "incubator" for both ideas and people. Namely, many of us went further, as top experts, to assume positions that were at certain times significant for urban development of Belgrade, as well as Serbia.

In the late 1990's, during the period of a general chaos in society, Djurovic worked as a consultant for Urban Planning at the Faculty of Transportation for four years. He says it was a magnificent experience involving the exchange of energy with young people, as well as a special psychological relaxation in dreary times. 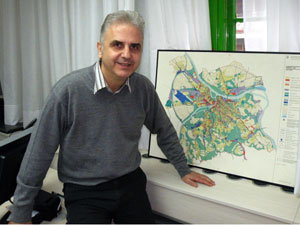 Although he passed all the exams, he has never defended his master's thesis to get the degree because he has always been preoccupied with his job. He says he does not regret that.

After the famous October 5th, Djurovic was invited by Belgrade's Deputy City Manager Ljuba Andjelkovic, also an architect, to assume the position of City Secretary for Urban Planning.

- It was a challenge for me. I wanted us to rebuild the dilapidated system of urban planning and, thus, encourage the implementation of construction projects and other activities aimed at developing Belgrade. My opinion is that we have succeeded in that. After 30 years we have prepared and adopted new Spatial Plan and Master Plan for Belgrade and over 100 zoning plans.

Speaking about over 5 million square meters of new residential and office space that were built while he was part of the local government, he shows us the Urban Development Formula:

After leaving the position in the city government, Djurovic again returned to CEP.

- In 2005 CEP became a private company, and three partners and I, as a co-owner, started to develop the concept of a contemporary consulting company in the field of urban planning and architecture. As the chairman of the Managing Board, I wanted us to form a respectable team consisting of over 40 employees who now respond to the requests of large foreign investors. Our comparative advantage lies in the fact that we can offer three important aspects of consulting in the construction industry in one place: technical, esthetic and formal. 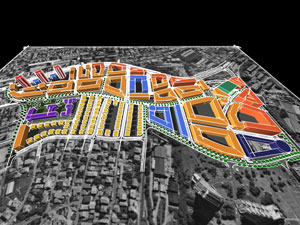 Most proud of Kralja Aleksandra Boulevard

He is the author of many projects, but the one he takes most pride in is the Plan for Kralja Aleksandra Boulevard in Belgrade.

- That is a 300-hectare area where all epochs of Belgrade's development are interwoven, and it features all morphological forms of construction. That is, primarily, the most significant street in Belgrade and, maybe, the only real boulevard in classical sense.

Djurovic won the Grand Prize of the Urban Planning Salon in 1996 for that Plan.

When asked what the position of urban planning as a discipline in Serbia is, he says it is exactly the one we deserve.

- Urban planning is always only a reflection of the situation in both society and economy.