Lazar Kuzmanov, owner of Kuzmanov&Partners - I sing my blues... 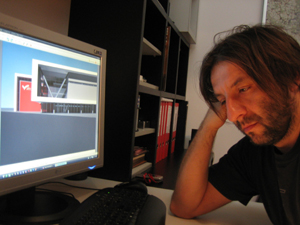 When he entered the building at 73 Kralja Aleksandra Boulevard he felt as if he had climbed Mount Everest, although his peaks in architecture were yet to come. He worked as an architect at the Town Planning Institute in Novi Sad, assistant at the Department of Architecture at the Faculty of Technical Sciences in Novi Sad, provincial secretary for architecture, town planning and development, and he has founded an architectural studio and presided over the Association of Architects of Novi Sad... He was even in politics after October 5th, continuing from where he left off when he was a student involved in the 1990's protests.

Lazar Kuzmanov, owner of the architectural bureau Kuzmanov&Partners and singer in Old Fisherman's Blues band, speaks to eKapija about his career and some other things.

- My work at the Town Planning Institute in Novi Sad helped me choose global planning as my professional focus, understand what a city is, and get an idea for some future mould of town structure. At the same time, I worked on various projects with my colleague Ilja Mikitishin who also helped me a lot. The work on these projects awakened a real architect in me, and then everything took its predestined course – says Kuzmanov. 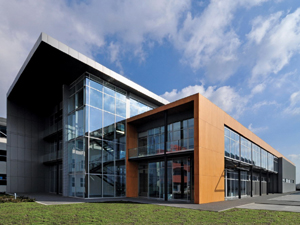 - The latest awards we've won is the one for the business building of Pin Computers in Novi Sad. We are also nominated for the EU Modern Architecture Award - Mies van der Rohe 2011.

The list of facilities on the website of Kuzmanov&Partners says nothing about many nights without sleep, running to and from building sites and other problems.

- I sometimes wonder - is it possible that I drew plans for so many buildings? The job of an architect is very hard. You must meet the requirements set by investors, technical standards, regulations... That is a "mine" a man can never come out from.

He believes that architects do a specific job because they are able to see the product of their work after certain time.

- I've noticed I choose to walk the streets that feature the buildings I drew plans for. I admire them every time I see them, but I also regret not designing them a bit different. This second thought comes more often. However, I remember the advice I got from professor Brana Mitrovic – "When you finish your work on a building, take a photo of it and never walk through that street again."

Log in to view complete information:
Forgot your password? Click here HERE
For free test use, click HERE
Latest
Most read
Another 1,000 Jobs in Loznica by Mid-2021 01.03.2021.
AstraZeneca Sells Moderna Stake for Over USD 1 Billion 01.03.2021.
Vlasina Lake, Tourist Pearl That is Yet to Fully Shine – Reconstruction of Hotel, Construction of Spa Center and New Vacation Houses Planned 01.03.2021.
Tendering for Reconstruction of Celtic Settlement in Indjija Opens 01.03.2021.
Application of Employers for Payment of Half of Minimum Wage Begins on March 1, Citizens to Start Applying for EUR 60 Aid from April 28 01.03.2021.
Preparations Ahead of Beginning of Construction of Railway from Novi Sad to Subotica – Contractors Have 33 Months for 108 km Section 01.03.2021.
Lidl Distribution Center, One of the Biggest in the Balkans, to be Built in Lapovo 28.02.2021.
Railway from Belgrade to Novi Sad Most Probably to be Operated by Stadler’s Two-Tier Trains 01.03.2021.
Weather
Weather forecast