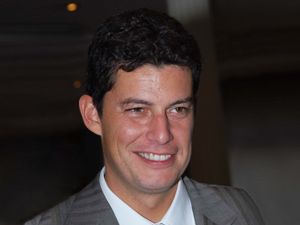 Fighting to conquer space, he puts a facility in the background. Colliding with movements and styles, he designs a unique spatial concept. When creating his works, he approaches them from the beginning, making the author's signature difficult to recognize since every facility is unique.

Mihajlo Lujak, an architect and assistant at the Faculty of Architecture in Belgrade, says in an interview for eKapija that the 20th century was marked by the work limited by rules, period or style, and adds that that is not the case today. He cites Jean Baudrillard saying that "today all architectural facilities are unique facility of architecture" and adds that he advises his students to be independent of both people and rules.

- I strive to create a space, and not a sole facility. The space does not refer to interior but atmosphere that gives excellent results in both internal and external space. The focus of architects of the 20th century was on facility, while creators of the 21st century focus on the issue of spatial concept, that is, the space itself.

This teacher and architect says he cannot give up any of his titles. Although he has not entered his forties yet, he already has big projects in Serbia and abroad behind him and another significant in Belgrade ahead of him - a new sports hall of Partizan basketball club.

He was in the company of boys gathered around Miroslav Vujatovic in Banja Luka. It is said that Vujatovic, former director of the Town Planning Institute of RS and current director of the architectural company Project AD Banja Luka, used to find the economic patriotism the most important and that he loved to gather young, talented and educated people. Giving them jobs and "European salaries", he wanted to keep them in the Republic of Srpska.

With the same boyish smile, Mihailo Lujak remembers the beginning of his career and the open contest for the design of the main square in Banja Luka.

- Everything started when Brana Mitrovic advised me to participate in the open contest for the design of the main city square in Banja Luka. I won the first prize at that public contest, seven months upon my graduation. That project was implemented when I was 29 and that is how I started working with Miroslav Vujatovic and the architectural company Projekt AD Banja Luka, which exists for more than 12 years. I designed a large number of projects in the Republic of Srpska and spent two exceptional years there. In addition to Trg Krajine square, my most significant project was the facility of a sports hall in Laktasi near Banja Luka, which is currently used for practice by Igokea basketball club, member of the Adriatic League. On the occasion of the ceremonious opening of the facility, which was opened by President of the Republic of Srpska Milorad Dodik and Laktasi Mayor Milovan Topolovic, in October 2010, a spectacular game was played between Igokea and famous Panathinaikos from Greece.

Speaking about that hall, Lujak described his work as a modernly designed facility based on two dominant themes: athletic activity and the need for certain representativeness on the level of the region.

He met President of Partizan basketball club Predrag Danilovic in Banja Luka and continued to work with him as his associate for the construction of a sports hall in Belgrade so that it is likely that the club's new sports hall will be authored by Mihailo Lujak.

He was born in Belgrade, the same as his parents, although the Lujak family originates from Dubrovnik. Lujak's ancestors were extremely respectable and rich noblemen. After the World War II, their reputation remained, but the wealth disappeared.

- We have recently been contacted by people from the institute in Ljubljana, informing us that Jozef Plecnik, the most famous Slovenian architecture, drew the plans for my great-grandfather's house. Since they were preparing a study in Plecnik, they asked as to send them the project. What is also interesting is that my family is connected with famous Marco Polo. He is from Korcula and our families connected with each other in the 18th century. When I go to Dubrovnik to see my grandmother, after whom my daughter is named, I also go to Korcula to see my dear relatives - the Depolo family.

He completed the secondary architectural school in Belgrade. He was first enrolled in the Faculty of Civil Engineering, but after completing the first year, he changed the faculty, with the support of his parents, determined to study architecture.

He won the first prize at a large student contest in 1996, occasioned by the conference Architecture and Town Planning at the Threshold of the Third Millennium, for the Third Millennium Tower at Big War Island. He was also one of the authors of the book about Perast, which was on display in the pavilion of our country at the expo in Lisbon in 1998.

- That was the first time to leave the country after several years. I was able to see the buildings of modern architecture for the first time and I saw many significant works by Jean Nouvel, Alvaro Size, Peter Zumthor and other contemporary architects who marked the 1990's.

He also won the award for the best diploma work in 1999 and was nominated for the Rector's Award. 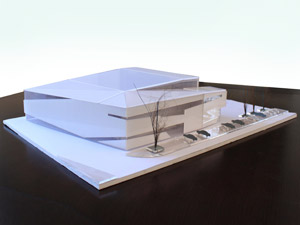 His students write on forums that they attend all Lujak's lectures because they can learn a lot from them, whereas Lujak says there are people he can learn from as well.

- The project in Laktasi enabled me to work with famous architect Boris Podrecca. I got the offer to come to work at his office in Vienna. But that happened three weeks before I became father and that is the reason why I stayed in Belgrade. However, we resumed our cooperation and worked on several beautiful projects together.

Testing his talent for arts, he got involved in the appraisal of young talented painters.

- That is my passion!

He says he feels very happy every time he buys a new work of art.

- It's been eight or nine years since I bought my first painting. My wife Duska, art historian, helps me choose the works for my collection. We love to support young artists who will, in our opinion, become famous. Slavko Krunic, Sasa Marijanovic and Milica Salaski are some of them who have already become affirmed artists and, what is even more important to us, our family friends. That is a very interesting experiment for me.

He finds the Museum of Contemporary Art, designed by Ivan Antic and Ivanka Raspopovic, the best facility on the territory of former Yugoslavia.

Because of my origin, it is not odd that I was a very successful swimmer and diver, says our interlocutor.

- I am lucky that my job allows me to spend nearly two months at the seaside.

He also drew plans for some houses and weekend cottages in Dubrovnik and on Korcula.

He is now close to finish his PhD thesis. However, he is preoccupied by his three-year-old daughter Pavla.

He says Pavla is his greatest happiness.

- It may sound as a stereotype, but Pavla has definitely changed and made everything more beautiful and more valuable - our interlocutor concludes.

Log in to view complete information:
Forgot your password? Click here HERE
For free test use, click HERE
Latest
Most read
Startups from Serbia B-Fresh, ServerBytes and Glober Conquering Chinese Market 25.02.2021.
Products from Serbia at Gulfood Fair in Dubai – Numerous Meetings with Potential Partners 25.02.2021.
City of Vranje to “Forgive” Yumco’s Debt of RSD 1 Billion in Exchange for Permanent Stake in the Company 24.02.2021.
Action Plans for Green City and Sustainable Energy in Belgrade Envisage Projects Worth EUR 5.2 Billion 24.02.2021.
Demolition of Pinki Hall in Zemun and Construction of Multifunctional Sports and Recreation Center Planned 24.02.2021.
Do Entrepreneurs Have the Right to a Sick Leave and Compensation While Not Working? – Salary Depends on the Number of Employees 24.02.2021.
Western Balkans Without Roaming from July 1 – A Step Toward Lowering Prices of Roaming with EU 24.02.2021.
NBS Innovates QR Code Payment Order Service 24.02.2021.
Weather
Weather forecast