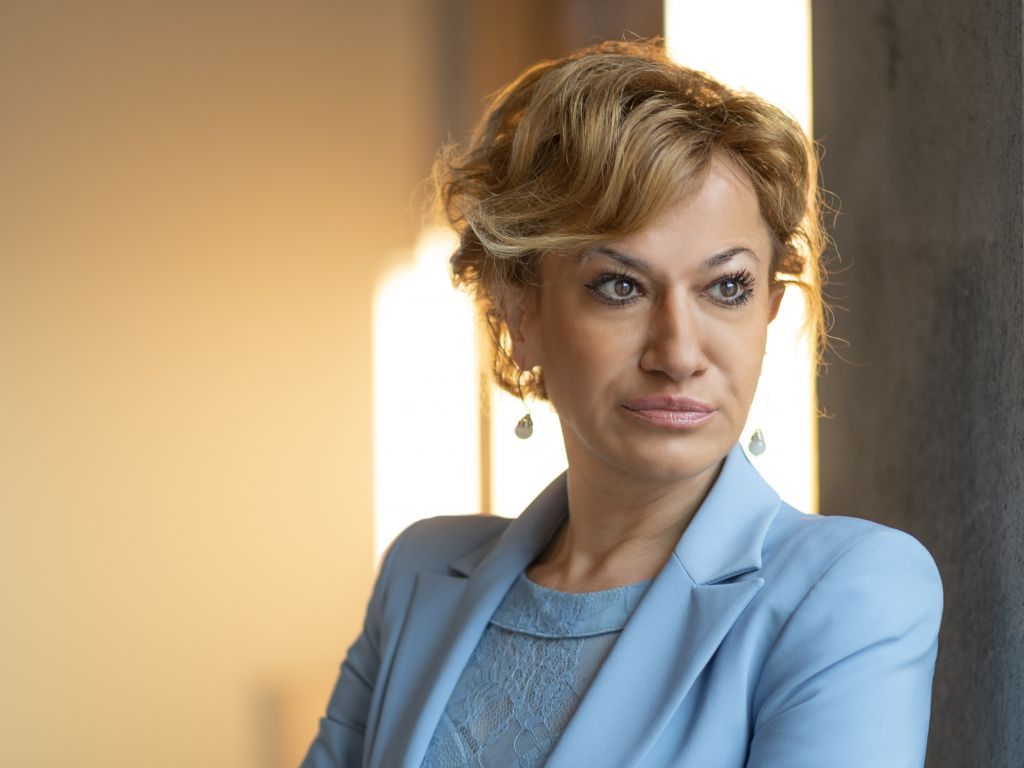 The residential real estate market is the segment that has recorded the quickest recovery since the second half of 2020, and new buildings make up for over 40% of the total number of sales transactions. As Mina Kalezic, Sales and Marketing Director of CBS International, says for the Diary of Success, we can expect investors to primarily focus on locations which enable a multi-phase construction and, with that, a potential for further increase in the price per square meter, which is in corelation with the increasing construction costs that are yet to escalate.

We also talked about the development of Belgrade, the advantages of new buildings compared to old ones and projections for the coming period.

In which direction will the development of residential property market in Serbia go – where is room for growth and investments?
- Although we cannot still talk about a post-pandemic period in the property market, we may say that residential property market is the segment that showed the quickest recovery since the beginning of the pandemic, more precisely, since the second half of 2020. The continuously positive trend of demand several years before the pandemic, which was primarily reflected in the several times higher number of sold units in a calendar year than the number of built residential units, is continuing to grow as it is considered the safest way to invest in our market. The primary demand of the buyers is still oriented towards new buildings, which comprise more than 40% of the total number of sales transactions.

Although the micro location itself is the most important parameter for investors’ when choosing the location that is the best in the long term for the expected return on investment and profitability, with the escalating costs of construction, limited supply chains and availability of workers, the outskirts of the urban zone of Belgrade are also recording unexpectedly high prices per square meter, such as Karaburma, Mali Mokri Lug, where there are projects where the price of a square meter in new buildings reaches EUR 1,700 to 1,800 per square meter, net of VAT.

Also, the increasingly popular secondary locations, those most attractive for vacation rentals, such as Avala, Kosmaj, Zlatibor, Vrnjacka Banja, are recording prices per square meter of nearly EUR 2,000, even more in some projects, whereas at the beginning of the pandemic, the first projects of this type ranged between EUR 1,100 and 1,300 per square meter for an apartment or a house.

The number of buyers which opt for an investment purchase of an apartment for the purpose of further rental has considerably increased since the pandemic, especially in multi-phase projects at locations attracting medium to the highest price grade, i.e. those that preserve the value of the property. There is also a noticeable growth of the number of buyers who, by buying in an early phase of the construction and further selling the apartment upon the completion, gain up to twice the value of the square meter relative to the initial investment within two to three years.

How do you see the development of Belgrade in this respect - which apartment building concept will be dominant?
- In the long term, considering the lack of available locations in the downtown area, but also the fact that such locations dictate a considerably higher price of construction, as the highest quality of the finishing works attracts the highest target group of buyers, we can expect investors to primarily focus on locations which enable a multi-phase construction and, with that, the potential for further growth of the price per square meter, which can respond to the increasing construction costs.
The market is very receptive to large residential complexes with 300+ residential units, which offer a content-rich concept rather than a single unit, numerous modern amenities as fully infrastructurally independent settlements, since the experience shows such that such properties preserve the value of the investment and record a considerable increase in the price per square meter of up to EUR 1,000, from the first up to the final phases of the construction.
Also, modern multi-storey buildings attract the highest price per square meter, but also some of the technologically most advanced trends in construction with the level of maintenance and management service which resembles that of the most luxurious hotels. These are precisely the examples of apartments for which the most demanding and highest niche of tenants are interested to rent, namely foreigners who live and work in Belgrade in large international companies, in embassies and diplomatic missions, which makes them an excellent investment with a secure return on the investment.

Do you expect any changes in the residential market, in the sense of demand, but also prices, and in which period?
- Since in the world of real estate it all comes down to cyclic trends that last 3-5 years, we don't expect considerable changes in the prices, but rather a moderate growth of the prices in new buildings, in projects which are conceptually different and which offer to the buyers more than just an apartment, which imply a larger number of phases, which, over the years, entails an increasing value of the purchased property, but also the price per square meter for the investor.

On the other hand, the current variety in the sense of locations and the number of investors, where a considerable number of investors build from their own funds and have no support of the banks as project financiers, as well as the increase in the construction costs, could influence a further reorientation when it comes to the selection of the right location for development, which carries the biggest construction potential, while preserving and, with time, increasing the value of a square meter.

Less attractive locations, which imply currently high price per square meter, but has never before and require a long-term development of the supporting infrastructure, kindergartens and schools, do not attract buyers when it comes to investments and will be increasingly less attractive to investors, especially considering the inevitable further increase in the prices of materials, which already makes these locations quite expensive for investors in the light of a potential return on the investment in the medium term.

What advantages of new buildings compared to the old ones would you highlight and how is this reflected in the prices?
- With the development of modern projects which offer a remarkable quality of construction, professional maintenance and additional amenities, such as playgrounds for children, sports courts, pet corners, a private park for the residents, or a pool and a spa centre in the most luxury segment of the projects, older buildings are becoming less attractive, and do not represent the primary interest of the buyers.

On the other hand, in terms of prices, they are not too different from new buildings when it comes to the most attractive locations, which do not lose value, but some are even equalling the highest pricing per square meter in Belgrade. Of course, these are unique locations, where new buildings are either very rare or non-existent, such as the most central city area of Kosancicev Venac Street, the area around the Cathedral Church of St. Michael the Archangel ("Saborna crkva"), or the first lines of the streets across the Kalemegdan Park, which is of course the case in all the major cities of the world as well.

What further increases the investment and, with that, the final price of a square meter for such properties is the fact that they certainly require additional investments in refurbishment, inability to influence the look and the state of the façade, or the entrance hall, or the insufficiency or lack of professional maintenance.

Also, certain parts of urban zones which the buyers prefer, but in which new buildings are rare, such as Bezanijska Kosa, or the area around the Arena Sports Hall in New Belgrade, are recording almost constantly equal prices of square meters in old and new buildings.

The pandemic is behind us, but there is a new crisis caused by the increase in prices. How is all this reflecting the residential market and what are your projections for the period ahead of us?
- Compared to Zagreb, Ljubljana, but also Romania, Bulgaria, which are members of the European Union, Belgrade entered the pandemic period with the highest prices per square meter, a rising number of issued building permits and, with the exception of the first half of 2020, continued to record even higher demand as well as prices per square meter in 2021 and 2022, which is also the case with numerous cities throughout Serbia, as well as in the secondary tourist-attractive location where there haven't been examples of such an intensive construction or considerably higher prices of square meters or purchasers' interest before.

We can therefore expect the slight growth of the prices per square meter to continue, primarily in newly built buildings and complexes that are built in several phases, as well as an increased demand, considering that investments in real estate in our market are by far the safest and most lucrative modus of investments, but also a wise saving.