Belgrade Waterfront – Global Scale Project in the Heart of Belgrade

(Zorana Burlic) “Belgrade Waterfront has kickstarted the local economy, bringing a whole new concept of housing to our areas. It fully transforms the right coast of Sava, brings back access to the rivers to people of Belgrade and enables them to enjoy them every day”, Zorana Burlic, the director of Belgrade Waterfront, the project which changes the look of Belgrade on a daily basis, making it a more beautiful and modern place for living, says in her interview for eKapija.

How far has the construction progressed and what are the plans until the end of the year?

– From the first draft, Belgrade Waterfront is designed as a modern urban settlement which offers to its tenants world-quality housing and to people and guests of Belgrade a place to enjoy themselves and relax. So far, around a million square meters has either been built or is under construction, of the planned 1.8 million in total. We strive to hire, as much as possible, local construction companies, designers and subcontractors. It is very important to us to cooperate, to incite and hire local resources and we do so whenever possible. The quality of construction and the materials we use are world-class, and the purchasers recognize the excellent ratio of the quality and the price. This is also shown by the fact that we have sold over 3,500 apartments, over 870 of which have been occupied so far. Due to the great demand, the construction works have been stepped up, and this year, BW Terraces will be occupied as well, half a year before the planned completion. Also, during the autumn, we are expecting the completion of another two buildings – BW Arcadia and BW Aurora, so we will have a total of over 1,500 occupied apartments. 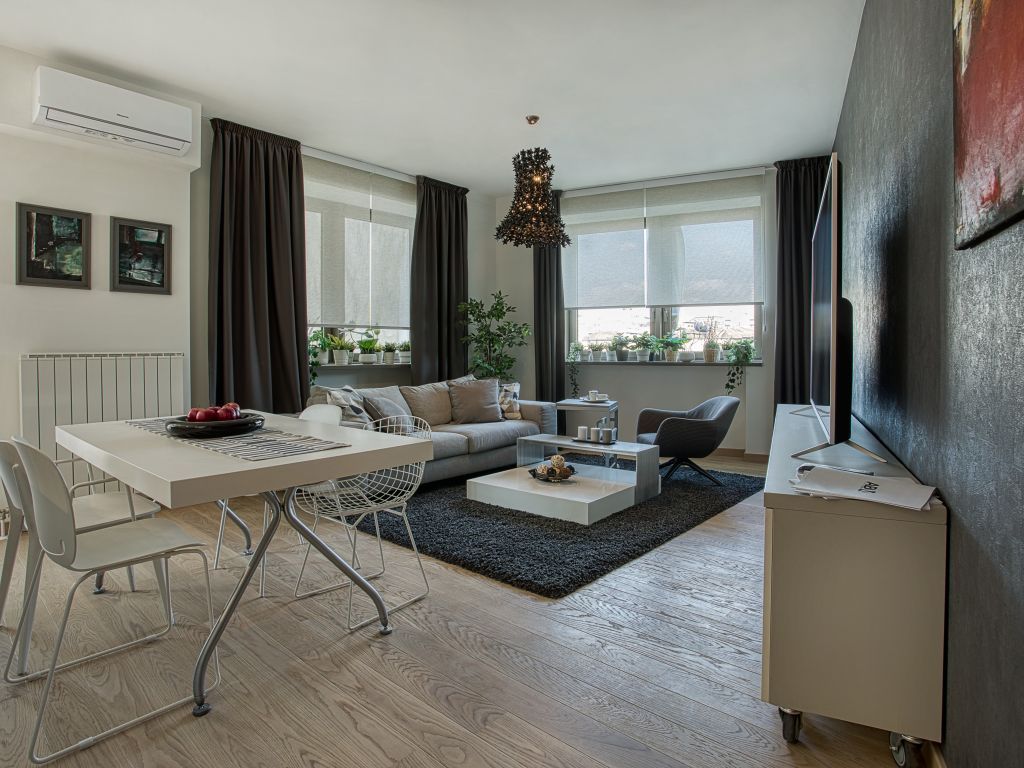 In the upcoming period, we are looking at another important moment – the completion of the façade on the Belgrade Tower, the future symbol of the city. This architectural masterpiece will thereby get its final exterior look, and the culmination awaits the fellow citizens and guests of the capital of Serbia on December 31, when we will welcome the New Year with a spectacular event at the foot of this tower.

What is it that attracts buyers to start living at Belgrade Waterfront?

– We are building a planned settlement where modern man has everything he needs for a quality life within reach. The ground floors of the buildings feature numerous stores, cafes and restaurants, whereas Galerija, the biggest shopping, gastronomic and entertainment destination in the region, is a few minutes’ walk away. We have transformed the river bank into one of the most beautiful city promenades, and the Sava Park is a favorite location for those into recreation and sports. The imperatives in each stage of the construction are flawless building and top-quality materials. Along with all this, Belgrade Waterfront’s location is such that the key points in the city are reached very fast, and the view to the river, the greenery of the park, or the panorama of Belgrade can hardly be matched by anything. With competitive market prices, favorable loan terms even at an early stage of the construction and the fact that real estate is the best investment – an apartment at Belgrade Waterfront is a safe choice for a carefree future. 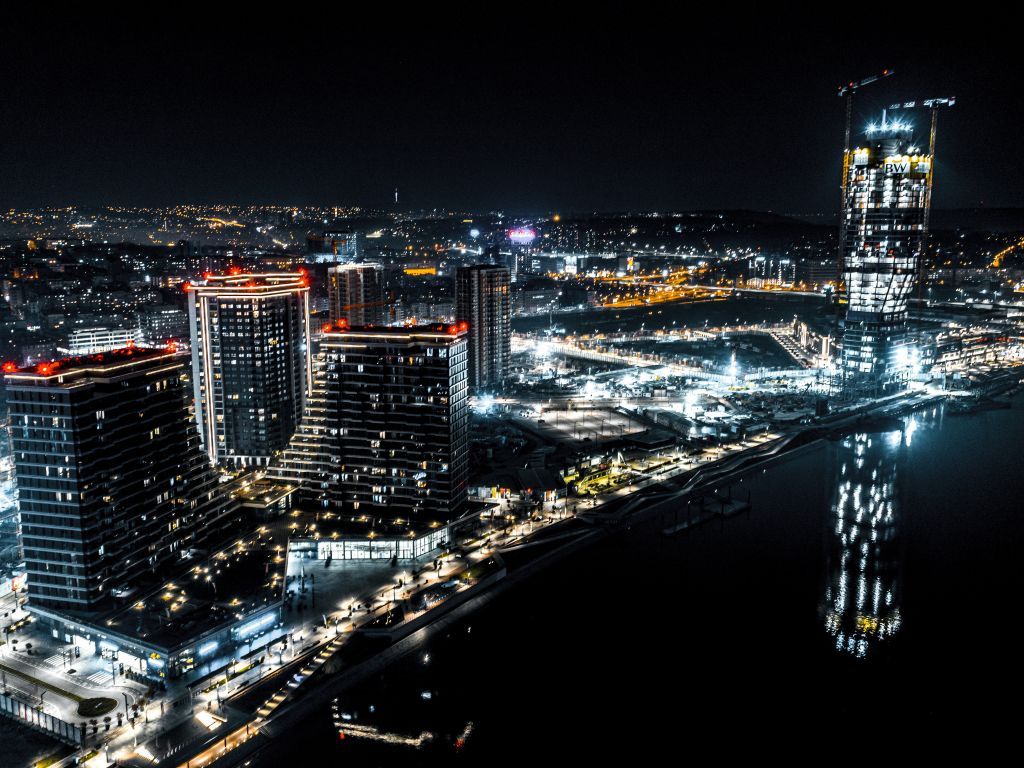 You have mentioned the possibility of crediting and an affordable price, however, according to the data from the real estate market, some buildings at Belgrade Waterfront exceed the average market prices. What real estate is this?

– It is true that the price per square meter of certain apartments exceeds the Belgrade average. These are branded St. Regis and W apartments, which operate under Marriott International and offer the kind of living standards that have not been seen in these areas before.

However, it is important to note that the majority of the apartments at Belgrade Waterfront is sold at prices that are comparable to the prices of apartments in new buildings in other parts of the city. For an initial price of EUR 2,950 per square meter, the VAT included, you are not buying just the walls that you will call your home, but an entire lifestyle which entails numerous amenities. In addition to the numerous features which are located nearby, the tenants are also provided with various services which make everyday life simpler. All the buildings have reception desks with security and maintenance service which takes care for everything in the building and around it to function without a hitch. 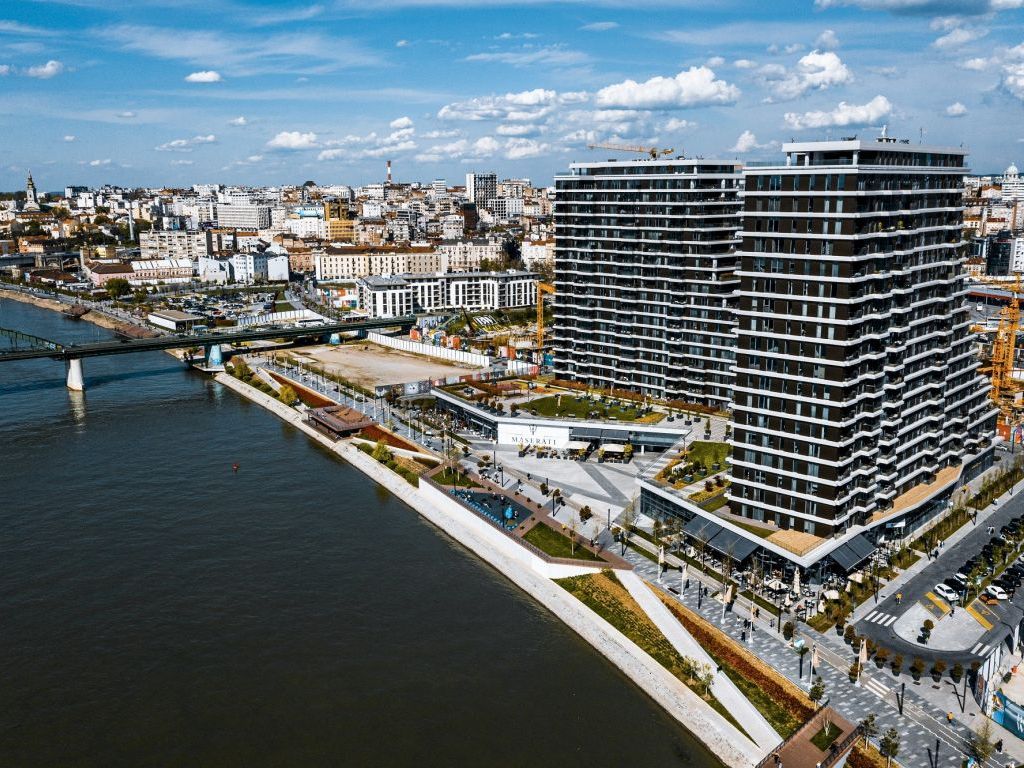 The tenants tell us that they especially enjoy the developed shared yards which are maintained by gardeners. For the highest quality of living, a concierge service is available as well, which will reserve transport, tickets for various events or a medical check for you.

We have enabled numerous possibilities for crediting to our purchasers, as well as special exemptions. A monthly loan rate is available starting with EUR 499, and the interest rate in the first year of repayment for the purchasers of real estate at BW Arcadia and BW Aurora, the buildings that we are to finish this autumn, is only 1.99%. Thanks to the specially created loans for Belgrade Waterfront, non-residents may also take out a banking loan. This is especially important for our diaspora, because they have recognized, in Belgrade Waterfront, a place in their homeland that provides them with the kind of housing standards that they are used to in large cities of the world. 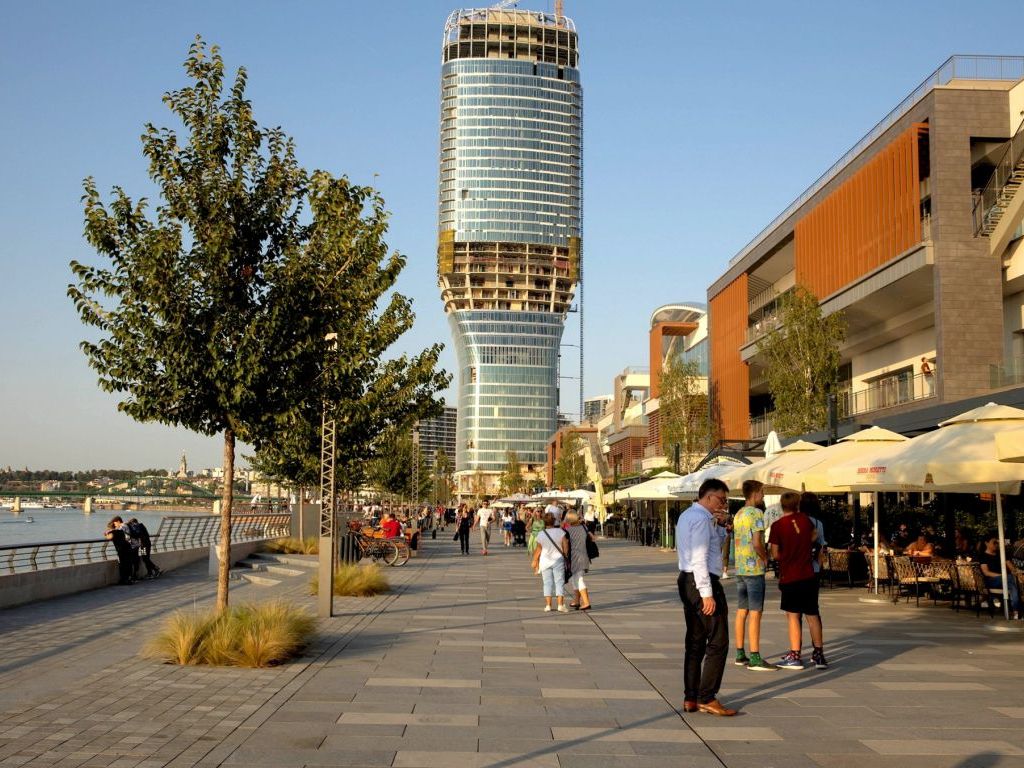 – The Belgrade Tower, with its height, its characteristic “swirling” shape, which symbolizes the nearby confluence of the Sava into the Danube, and its position on the very bank of the river, is an architectural masterpiece, a future symbol of the Serbian capital and a special tourist highlight. The tower is a kind of an homage to Belgrade and a structure we can all be proud of, and its value also lies in the legacy we leave to the generations to come. This edifice confirms that Belgrade is keeping up with the world and it is our great honor to have the Tower be the address of the famous hotel and branded apartments The St. Regis. Marriott International carefully chooses the places it operates in, so their decision to bring their top-quality brands – St. Regis and W – to Belgrade, testifies to the fact of what a great potential our city has for the further development and progress.