Vladimir Kovac, Founder of DigiTalk – The transformation of the way of thinking, leading companies and, above all, leading people is crucial 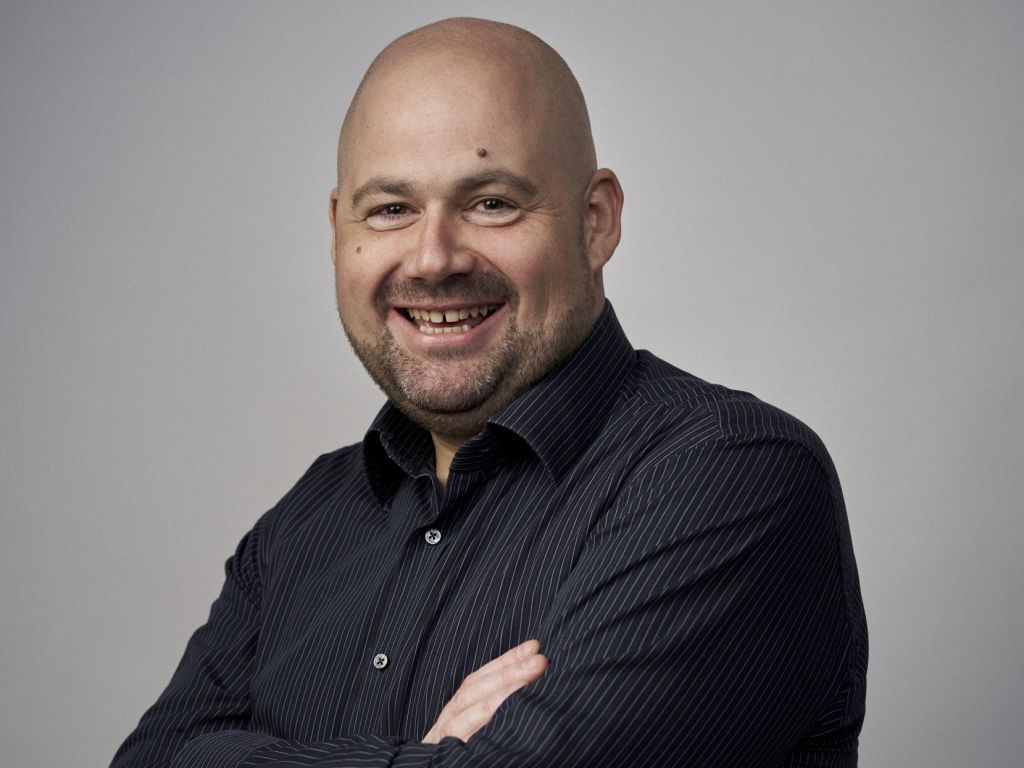 (Photo: Stefan Đaković)
Vladimir Kovac is known to many as the director of the Webiz conference, to which he has been dedicated for eight years. In April 2021, he entered a new field – he is a founder and a host of the podcast called DigiTalk, which he launched with his friends Ivan Minic, the editor of Pojacalo, and Vitomir Ognjanovic, the founder of Juzne Vesti. This is a community of fans of technology, innovations and marketing.

In his interview for eKapija, he reveals why it’s important to share knowledge and connect companies and what kind of a role platforms such as DigiTalk, but also conferences, play. He emphasizes the importance of digital business operations in the time of the digital economy and highlights the importance of the development of smaller areas.

eKapija: You have been in marketing, brand development, but also digitization, for years. How did you enter this field? What was your education, professional development and experience like?

– I have been in marketing for a full twenty years. I first encountered the world of marketing at the Faculty of Economics in Belgrade, which was immediately a combination of theory and practice, which I believe is a winning combination. I had top-quality professors who knew how to get us students interested, and on the other hand, from day one, I was active in students’ organizations, which were going through their own revolution in 2000 and which had the need to show themselves to students in a different light. That is when I did my first marketing campaigns, and considering that this was a period when you had to be resourceful, creativity had to be there if you wanted to produce results.

I have to admit that my professional development in marketing, communications and brand development mostly followed an informal route, primarily through activities in students’ and non-governmental organizations, because that is where teams of people who wanted to change the world in those days would gather. We had plenty of energy, desire and passion for what we did, so creativity practically flowed from us. We weren’t event aware that, in the process, we were developing the skills that would be required for what we’re doing and creating now.

When it comes to digital, it’s something that developed on its own. Considering that in the first decade of the 2000s we were young, eager for knowledge, that the internet had become relatively available, we quickly adopted social networks when they appeared, but also the communications services that appeared before the social networks (forums, ICQ…). The quickness of communication, the ability to send a message to a large number of people in a short amount of time, all this caused the digital field and digital technologies to become our favorite tool and channel of communication.

eKapija: DigiTalk brough the idea of a community, of connecting big companies with small entrepreneurs. Why is this important and how do you see the role of the platform?

– The idea of a community in fact came from us three, Ivan, Vita and me, who are behind DigiTalk. All three of us practically come from the same community, we have met an incredible number of people thanks to our years of work on the community’s development and growth, and the number of business projects we’ve realized thanks precisely to those new people is huge. We truly see DigiTalk as a platform where we share knowledge and experience of people who have results behind them, but who primarily do their job with passion and want to share their knowledge with others. That is the essence. The role of DigiTalk is to educate and connect.

Today, digital economy gathers those who are small or big, those with great experience and those who are just starting out. It is precisely platforms like DigiTalk that have the opportunity to connect all those who are part of that digital ecosystem and give to each one what they need at the moment: a communications channel toward other members of the ecosystem, knowledge, visibility…

eKapija: There is a plan to have DigiTalk turn into a conference. What will its main function be? What is it that this kind of a meeting needs to possess in order to make sense?

– The initial idea when it comes to DigiTalk was for the three of us to combine our years of experience in organizing and producing big events and offer to the market a new brand of conferences that truly fosters the community spirit and promotes the values which say that those who are big should share their knowledge and experience with those who are small.

A digital platform is something that arose from necessity and the new social circumstances that Covid-19 brought along. To us, this is not necessarily a bad thing. We got a platform thanks to which we will communicate our events toward our community better and more easily.

When it comes to events, the period in which we currently live has definitely shown us that people find it difficult to function without social connections, contacts and direct, live communication. The three of us have always been proud to emphasize that “networking” is what sets our events apart, because we were able to gather a large number of phenomenal people in a single place. That is the goal now as well, and we will soon let the wider public know about the plans at an event where we will launch DigiTalk as a new event brand.

eKapija: We are witnessing quick changes, an increasing focus on digitization and development of technological solutions. Digital economy is in effect. How do you see the development of small and medium enterprises in Serbia that sense in the future? What should they think about in order to keep up in the market?

– Digital economy is truly bringing along a dynamic future. Quick and constant changes, the needs of consumers as the priority, but also the personalization of products and services. Many companies, including the biggest ones, are reconsidering their organizations and cultures and they too are changing the purpose of their existence and the traditional business models. Small and medium enterprises should use this moment, because, realistically, being smaller, they should be more agile too, so that they can implement the changes that are necessary everywhere better and more quickly.

In my opinion, the biggest problem here, but also in the region, is the syndrome of a “big Serbian boss”, a business owner who resists the changes and placing responsibility. Another problem is that, here, entrepreneurship has not been fostered as something positive and that it is only now, when a generation of young entrepreneurs is coming, succeeding those who were among the first to decide to found private companies in the 1990s, that we can talk about a culture of fostering and promoting entrepreneurship.

The main way of further developing this sector are partnerships, mutual cooperation and connecting, as well as accepting that changes as something that will be and remain a constant. Digital transformation is merely an overused expression, and transformation is the key word. Digital technologies are not the future, they have been here for a long time, and those who don’t accept them are already considered dinosaurs. And we know what happened to dinosaurs. What’s crucial is a transformation of the way of thinking, of leading companies and, above all, of leading people.

eKapija: You are also trying to develop awareness of digital operations outside the big centers like Novi Sad and Belgrade. To what extent are smaller areas ready for this and what are the biggest challenges?

– Since our very beginnings, we have been oriented toward developing small, local communities, so the events we have organized before have been located outside the biggest cities as a rule. Due to my pronounced local-patriotism, I have always gravitated to my home city of Zrenjanin, and Zrenjanin will remain in the focus of our activities when it comes to conferences. On the other hand, Vita was among the first to organize a big IT conference in Nis, namely BizBuzz, so we want to continue that tradition.

Realistically, smaller areas are more suitable for such endeavors, because the young and the business people have a “hunger” for these events. We have a great support in the local areas and everything is easier from the very start. On the other hand, business people from big cities cannot wait to be able to “get away” for a few days to another location and get some rest from the daily commotion.

These events are truly a winning combination, and it is precisely smaller areas that get the most value: the city itself is promoted, local people are connected with company representatives from bigger cities and results are inevitable produced. As for the challenges, there are only some minor logistics and production challenges for us who are organizing everything, but after more than 50 years of combined experience, those challenges are easy to overcome.