Faruk Sirbegovic, Owner of Sirbegovic Inzenjering – The only certain thing in entrepreneurship is that nothing is certain 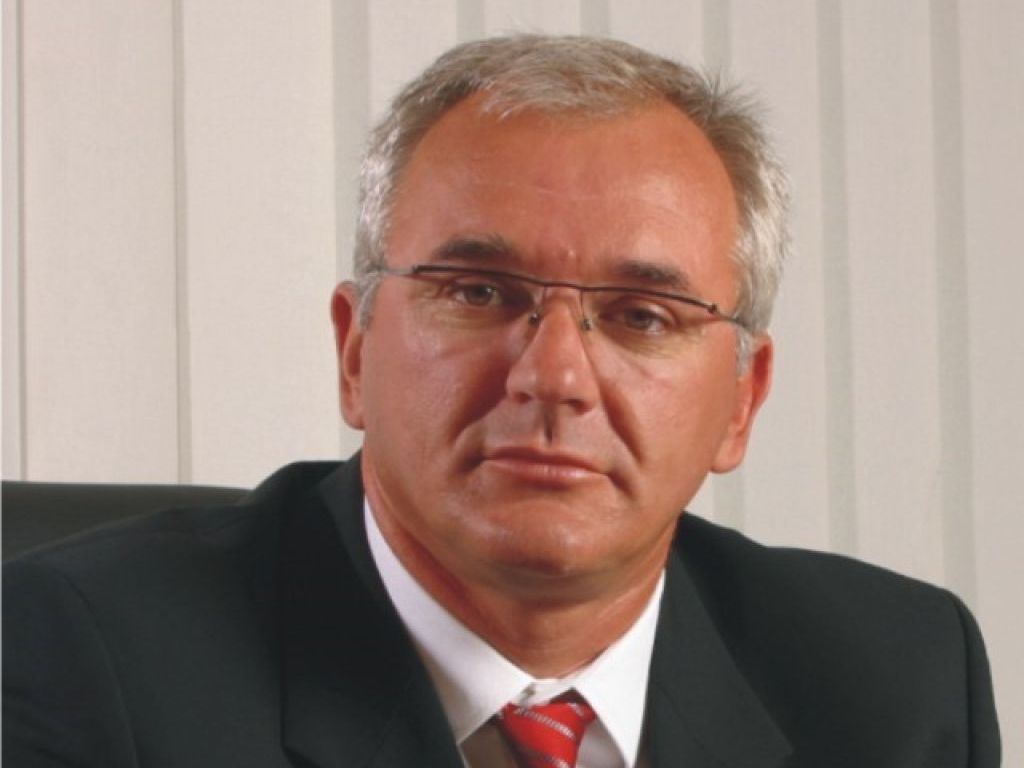 Faruk Sirbegovic (Photo: Širbegović Inžinjering)
Faruk Sirbegovic is one of the most successful business people in Bosnia and Herzegovina, with decades of experience as a manager behind him.

He owns the company Sirbegovic Inzenjering, headquartered in Gracanica, where he was born in 1961. He graduated from the Faculty of Architecture at the University of Sarajevo with the highest grade, and with a faith in his own knowledge and skills, in 1990, he entered the world of entrepreneurship and built a company that is now recognized in the regional market.

Over the years, he has won numerous acknowledgments and awards for his work, among which we highlight the one from 2017, when he received the “Stvaratelji za vekove” (“Creators for Centuries”) Great Award at the IV Regional Entrepreneurs Summit in Dubrovnik for his life’s work in entrepreneurship in Central and Southeastern Europe.

At the same time, his company has also won numerous business and economy awards.

The construction company Sirbegovic has been operating since 1990, first as Arhitekt (Architect), then, from 1995, as Gradjevinska Holding Kompanija Sirbegovic (Building Holding Company Sirbegovic). In 2001, the expansion in the countries of the region starts, the first facilities in Serbia, Croatia and Slovenia are being built. The constant investments in the expansion of the production facilities and new technologies, as well as investments in the education of the employees, have led to the company Sirbegovic’s becoming one of the leading construction companies in the region.

In its operations so far, the company has built more than 6,000 facilities and over 11 million m2 of space, and the main markets it operates in are Bosnia and Herzegovina, Croatia, Serbia, Montenegro, Austria and Germany.

In his interview for eKapija, the head of the company, Faruk Sirbegovic, looks back at the very beginnings of the development, reveals how he overcame entrepreneurial challenges and gives his opinion about what makes for a good leader and manager.

eKapija: Sirbegovic is a renowned name in the construction sector in Bosnia and Herzegovina, but also in the region, and even Europe and the world. Did you believe in such success and what was your guiding light in the first years of operations?

– In my early youth, when I was finishing elementary school, I chose the path of learning and developing my personality, which would always be capable of dealing with life’s challenges. I studied in order to know far more than what the school or the faculty required. The knowledge I had acquired gave me great confidence and knowledge to take the risk of private entrepreneurship. As an entrepreneurship, I had to acquire much wider knowledge than what the faculty had provided. In addition to the professional knowledge that I had acquired as an engineer, I had to adopt a very wide range of knowledge related to management and marketing, finance management, leadership, successful communication, negotiation etc.
I attended the Strategic Management postgraduate studies at the Faculty of Economics in Tuzla between 1994 and 1996, which had a great impact on the expansion of my managerial skills. Thanks to the USAID project, we have had a number of education courses, both in America and within the company. With the Faculty of Economics in Sarajevo, we realized an education program of over 300 hours. In addition to that, both inside and outside the company, we’ve had numerous seminars at various topics of interest for the company and the employees.
With my work, I wanted to provide my family and children with a much better life than I had had. That is my strongest motive. Learning is my passion and I hope that, even on the last day of my life, I will be capable of learning something.

eKapija: Have there been business challenges for which you thought at the time that they are beyond your capabilities?

– The only certain thing in entrepreneurship is that nothing is certain. There are no guarantees for a successful business. You need to constantly struggle in the market to get new jobs that will secure a continuity and stability of your business operations. It had been a big challenge to make a company which, in its time, employed around 1,400 people. The major world crisis which began in the late 2008 was a big challenge for all entrepreneurs, myself included. Our earnings dropped from cca BAM 120 million (EUR 60 million) to below BAM 20 million (EUR 10 million). This meant that we had to lay off a considerable number of employees, which culminated in the beginning of the war in Libya, when we couldn’t find new jobs or new markets. At the beginning of the crisis, I set for myself a clear goal of not laying off any worker. Unfortunately, that proved to be an unrealistic goal which cost me very much, especially in terms of my health.

eKapija: How do you usually solve business challenges? Is there a formula for overcoming them more easily?

– Management is a process of achieving goals with the help of people. That is my favorite definition. In each company, the crucial thing is to secure competent and dedicated staff that will function as one team. Together, we will much more easily recognize and find solutions that occur in a company’s operations. It is very important to create an atmosphere in which people will feel free to give their opinions and suggestions. The key to each company’s success is how much the entrepreneur honors and respects their employees. To me, that is the formula of success.

– With our goals, we choose our future. In choosing our goals, we need to be careful and realistic in estimating our own capabilities, abilities and challenges we can deal with. Entrepreneurship can be compared with mountaineering. No one is pushing you to do it and you alone choose whether to climb and expose yourself to risk. 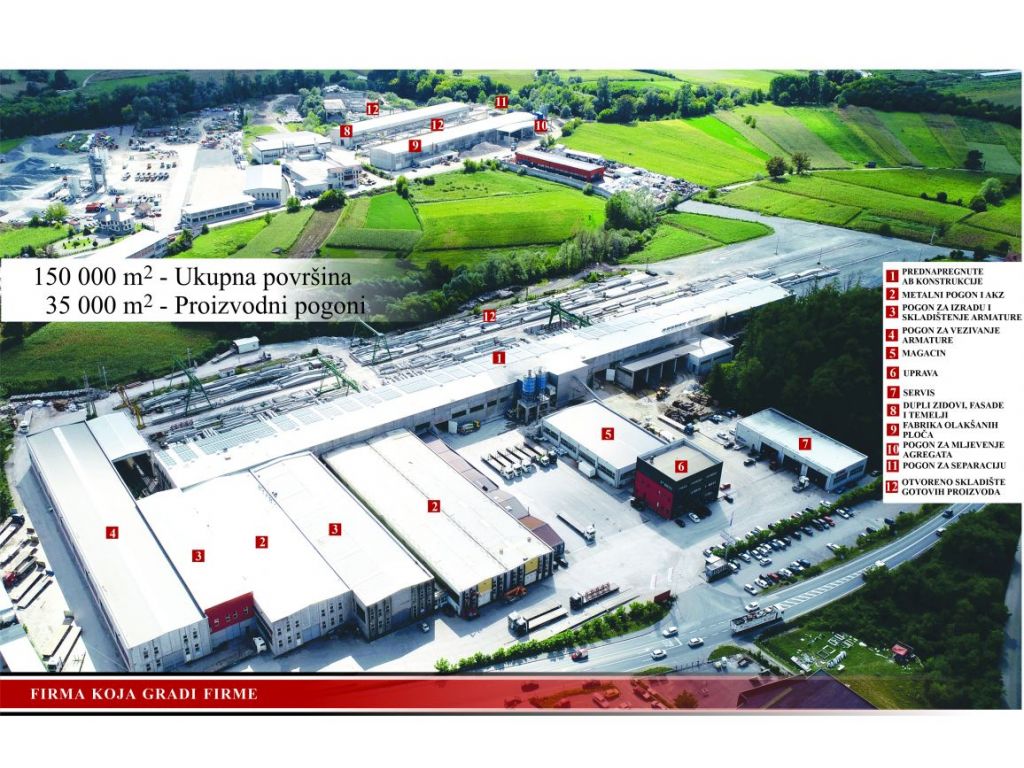 – The work we do, the construction of facilities of various purposes, requires a lot of professionalism and responsibility. So far, we have built over 11 million square meters. Each year, we encounter several facilities that are demanding enough to a big challenge for us. Thanks to the expertise, experience and creativity, we manage to find solutions. Finding those solutions is what makes our job interesting and what gives us the right to be proud of what we do. Let me cite just one example of a project in Villach, in whose construction we participated. I am not free to disclose the details. It is an investment of over EUR 1.6 billion.

eKapija: From your perspective, what is crucial for a good leader and manager?

– An entrepreneur is a manager and a leader, whether they like it or not. To me, the crucial thing is to choose associates who have a high level of competences and dedication to their work. A leader has followers, and they have their interests and needs. Understanding the needs and interest of the employees is crucial to successful leadership. I treat my employees with great respect. Any other approach can lead to dissatisfaction and employees’ leaving.

eKapija: According to you, what makes a company successful?

– To put it succinctly, profitable operations and the satisfaction of the customers, employees and other business partners. To me, corporate responsibility means complying with all the laws and regulations, without which no company can be considered successful

Constant investments in employee education and the raising of their performances is an investment in the employees which is repaid to the company in the best way possible. The goal is, in fact, to create the kind of environment where the employees will look forward to coming to work. What makes a company successful are people led by a quality corporate policy and ethical business operations.

Without a good team, no company can expect to be successful or to develop. We invest in the knowledge and the skills of our employees and we believe that our success is based precisely on our continuity and team work.

eKapija: In which way do you make business decisions and who is your best adviser?

– Business decisions are an integral part of the daily business operations, but also the company’s strategy. Depending on their difficulty and the expected results, we talk and make decisions we believe will be the most beneficial to the company. I incite my associates to express their opinions and suggestions, and we make decisions together or I take the responsibility.

eKapija: What are the company’s plans for the next period?

– Our plans and strategy are based on the development and modernization of the core business. For a number of years, the export of our products has comprised over 70% of our business, and the aim is to further boost our position in the EU market, which is based on cooperation with big corporations which have recognized the quality of our company.

eKapija: Where would you like to see the company Sirbegovic in the next 50 years?

– In 50 years, my youngest son will be 70 and my oldest granddaughter will be 60. I do not concern myself with what kinds of decisions they will make in such a distant future at all. I plan to work for another 10 years, and then it is up to my children to decide what they want to do.