Giles Dickson, CEO of WindEurope - Switching from coal to renewables is feasible, look at Poland 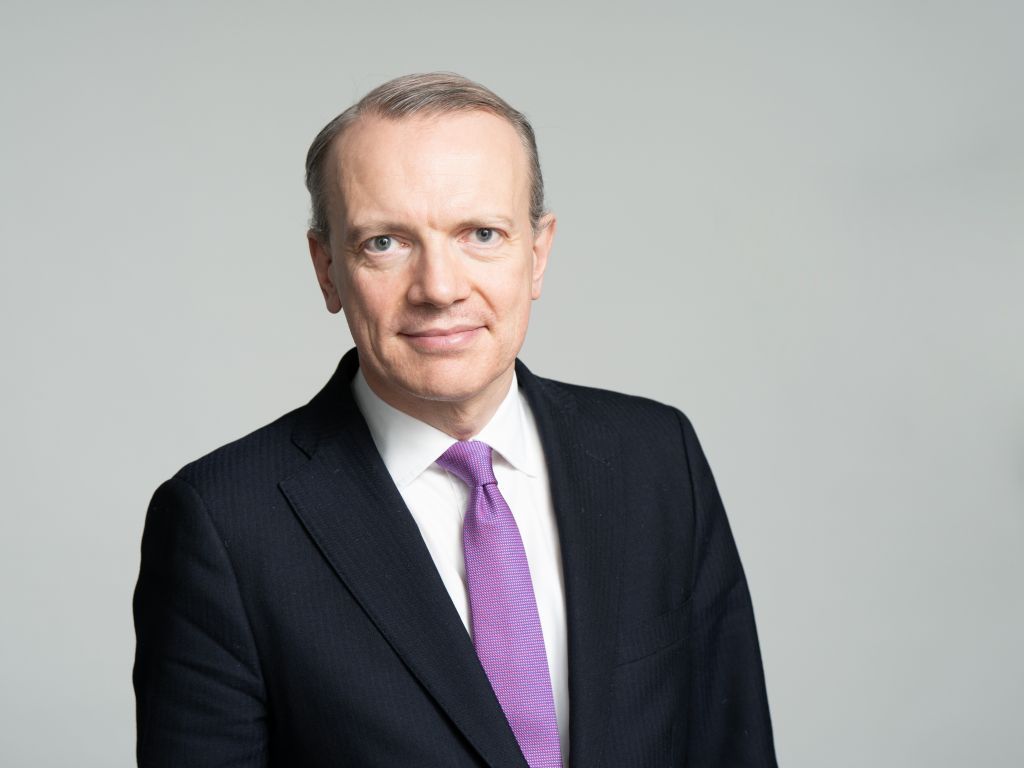 (Photo: Jason Bickley/WindEurope)
Energy obtained from wind is clean and affordable, and will only get more affordable. The wind industry can create well-paid jobs in Serbia, make the country more energy independent, and contribute to the reindustrialization and development of neglected areas - Giles Dickson, CEO of WindEurope, a leading European association with more than 400 members in the wind industry, told eKapija. He will participate in the "RES Serbia 2021" conference in September 15 at the Metropol Palace Hotel in Belgrade.
eKapija: What amount of the overall energy production in Europe comes from the wind power as we speak? How significant, in Your opinion, has been the progress in the industry during the past decade?

- Wind energy now is 16% of Europe’s electricity. That’s a remarkable development. 10 years ago it was only 6%. Wind turbine technology has delivered unpredicted innovation and cost reductions. Turbines continue to grow in size and efficiency. They operate at lower wind speed than before, giving wind farms high capacity factors. Most of the development came from onshore wind which will continue to be the dominant technology for wind energy generation for many years. But over the past 20 years, we’ve also seen the construction of large offshore wind farms. Now we are witnessing the start of the commercialisation of floating offshore wind technology which will allow for offshore wind development in sea basins with deeper waters and more complex soil conditions, such as the Atlantic, the Mediterranean and the Black Sea.

eKapija: Is it correct when experts and media claim the electric power generated from wind farms is becoming increasingly cheaper? To what extent has the cost of the development and of the equipment decreased, and is it still decreasing?

- Yes, costs for both onshore and offshore have dropped significantly in recent years. Wind is one of the cheapest technologies for new energy generation across Europe today – certainly cheaper than new oil, gas and coal. Costs for offshore wind in Europe have fallen by over 75% since 2014. And the cost reduction will continue – across all forms of wind energy generation. We expect onshore wind to have average costs of €33/MWh by 2030. That’s a cost reduction of 28% compared to today. Offshore wind costs will fall by 44% to €48/MWh and floating offshore wind costs by 65% to €64/MWh over the same period. Technology advances are a major factor behind the cost reductions we have achieved so far, both in the turbines and how they are manufactured. Economies of scale have also contributed.

eKapija: In Your opinion, what is the potential, or to say the limits of the wind energy`s contribution to the energy sector? Are some people right when they say it has no means to become the main energy source in Serbia, or elsewhere? To put it simple, if we shut down all of the coal-fired plants in Serbia, that account for some 70% of the nation`s energy production, how much could be supplemented by the energy from wind farms?

- Europe is building a greener, healthier and more efficient energy system. The goal is to be climate neutral by 2050. This will be achieved by electrifying large parts of mobility, heating and industry with renewable energies. The European Commission wants wind energy to be 50% of the EU’s electricity by 2050, up from 16% today. A large part of the remaining 50% will be provided by solar energy and other renewables. Countries such as Poland are showing that a just and inclusive transition from coal to renewables is possible. Already today wind energy helps to revive old port and shipbuilding cities in the north of Poland. Reskilling and upskilling programmes offer new jobs to former coal miners: we are now retraining coal miners in Romania. At the same time, advances in grid technology and demand response mean it’s perfectly feasible and affordable to integrate high shares of variable renewables in the energy system. Wind provides half of Denmark’s electricity and a quarter of Germany’s. Ireland can now accommodate 75% variable renewables in its power system at any time. Wind energy can play a significant role in Serbia’s future energy system, ensuring growth and employment. 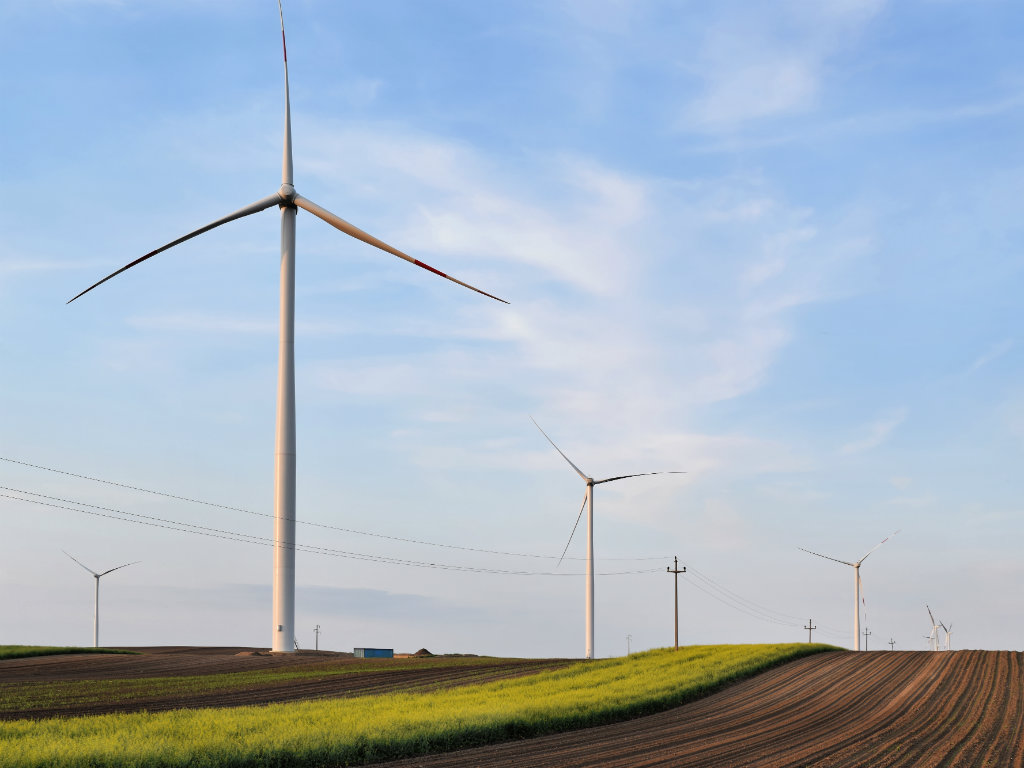 (Photo: Zvone/shutterstock.com)
(wind park Alibunar)
eKapija: Operating wind farms is not labour intensive, which certainly contributes to their performance in terms of economics and profitability. On the other hand, production of the equipment necessary for their operation seams like a possible gain for countries like Serbia, whose economic policy is to reindustrialize itself, after the demise of the heavy industries at the verge of the centuries. Do You see it as an opportunity, and also, do You think companies producing hardware or software for the "old" energetic facilities can easily turn to supporting wind industry?

- The wind industry employs 300,000 across Europe today, and we expect this number to rise to 450,000 by 2030. The wind energy supply chain is spread all over Europe and not just in those countries with the most wind. E.g. Loher in Serbia produces generators and converters for wind turbines. On average every new onshore wind turbine installed in Europe today generates €7m of economic activity, much of it right in the area where the turbines are installed. Wind energy is an industry that brings significant investment and jobs to rural areas, that are often overlooked with the concentration of modern industrial investment in urban centers. Take service and maintenance: Most service technicians need to be located close to the wind farms to perform regular inspections and maintenance tasks. The experience of other deprived areas such as Eastern Germany shows how wind energy can benefit local employment and local communities. Wind farms benefit those who live near them. Wind energy pays €5bn in taxes across Europe every year, often directly to rural municipalities. Many wind farms also make direct payments to communities and local organisations, offer benefits-in-kind, and in many cases, communities participate in the ownership of the local wind farm.

eKapija: In the foreseeable future, could we expect for the technology to allow us to own or operate smaller wind turbines on a large scale, just like solar energy producing equipment is becoming available to average households?

- There is a market for small-scale wind turbines and innovative researchers and companies keep developing new and improved models. That’s good. But large, modern wind turbines will continue to produce the lion’s share of wind energy. Smaller turbines for home use already cannot provide the huge amounts needed to clean up Europe’s electricity production and electrify mobility, heating and industry.

eKapija: Are there any major ecological concerns attributed to the wind energy production?

- The biggest threat to nature and biodiversity is climate change. We need to reduce greenhouse gas emissions from CO2, methane and other climate killers as fast as possible to maintain healthy habitats for local animals. Just look at the economic and environmental damage caused this year by the enormous fires in Greece and elsewhere. Wind energy is cheap and scalable. It reduces CO2 emissions here and now. We take the impacts of wind energy on ecosystems and biodiversity very seriously. During the planning phase of a wind farm, rigorous environmental impact assessments ensure minimal impacts. We factor in habitats and bird migration routes when taking siting decisions for new wind farms.

eKapija: Could we say that, apart from having influenced almost all sectors of the economy, the Covid 19 pandemic had an impact on the wind power industry, and if so, to what extent?

- At the beginning of the pandemic the wind energy sector was faced with some supply chain issues as were other sectors. But all wind farms continued operating: Governments saw wind energy as an essential sector. Wind turbines kept turning, reliably generating 16% of Europe’s electricity despite the pandemic. Construction of new wind farms also continued. In 2020 Europe built 14.7 GW of new wind. 80% of that was onshore wind. Crucially, wind energy remained an attractive investment despite COVID-19. Europe invested €43bn in new wind farms in 2020, the second highest annual amount on record. Investors sent a strong vote of confidence for our industry. The investments cover 20 GW of new capacity that will be built in the coming years.

eKapija: What would be Your prognoses for the next, say, 10 or 20 years? To which extent could the wind energy assist in the decarbonization of Europe and of the whole planet?

- According to the European Commission’s new “Fit-for-55” package Europe needs to install 30 GW of new wind a year up to 2030 to reach its energy and climate goals. Both onshore and offshore will have to grow much faster. As of now we expect to build only 15 GW a year over 2021-2025. The main problem is the slow permitting of new wind farms. To deliver the EU target of climate neutrality by 2050 we need 1,000 GW of onshore wind, up from 165 GW today and 300 GW of offshore wind, a 20-fold increase from today’s 15 GW. The industry stands ready to deliver those volumes. But we need to fix permitting, expand electricity grids at all voltage levels, build electricity storage facilities and invest in port infrastructure to make this huge expansion work.

eKapija: RES Serbia, as a young organization, became a member of the WindEurope, which was an important piece of news in Serbia. Is it good news for WindEurope, too - to be joined by the members from nations that have only recently started to build wind parks? You will now be coming to Serbia for the first time, to speak at the conference organized by RES Serbia, in partnership with the EBRD. Your arrival certainly means support. What other message are You bringing to Serbia?

- Look around: Successful examples of wind energy development are everywhere. Not only historic wind energy markets Denmark and Germany. Poland and Romania are massively investing in clean and cheap wind energy. Similarly the Baltic countries. Not only to fight climate change. But also to ensure energy autonomy. Domestically produced wind energy reduces the need for oil and gas imports and makes them less dependent on fossil fuel producing countries. Wind energy also offers a chance for reindustrialisation and structurally weak regions. It can create well-payed, industrial jobs in Serbia. The European Union is keen to support Serbia’s transition to renewable energies.

Log in to view complete information:
Forgot your password? Click here HERE
For free test use, click HERE
Latest
Most read
Company Izopol doo in Zrenjanin up for Sale 01.02.2023.
Chamber of Commerce of Serbia Submits Initiative to Allow Export of Milk and Butter 01.02.2023.
Works on Bulgarian Section of Natural Gas Interconnector Between Serbia and Bulgaria Begin 01.02.2023.
International Technics Fair in May in Belgrade – From Factories of the Future to Green Industry 01.02.2023.
Factory of Swiss Company Etampa Opens in Krusevac – Producing for Ferrari, Porsche and Bugatti 01.02.2023.
What the Wave of Russian Emigration Brings to Serbia and Its Economy – New “White” Russians or Regular Economic Nomads? 02.10.2022.
Investors Discovering Cost-Effectiveness of Small Solar Power Plants Which Are Being Raised in Serbia in Droves – Electricity Prices Growing, Experts Advice Joining Forces 05.12.2022.
Company Izopol doo in Zrenjanin up for Sale 01.02.2023.
Weather
Weather forecast