Dejan Turk, CEO A1 Slovenia and A1 Serbia – A good manager motivates the employees by personal example, action counts, not words 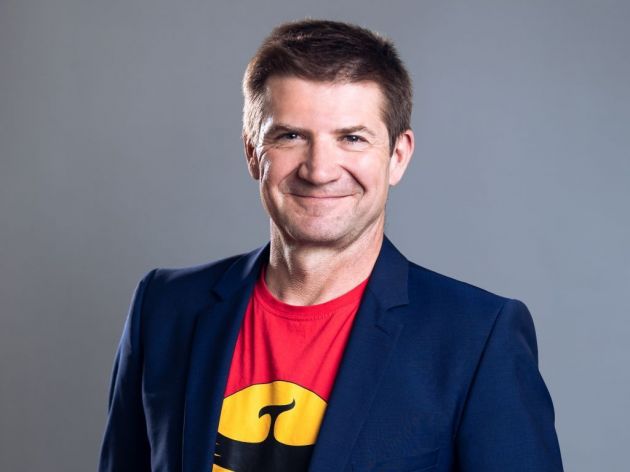 (Photo: A1)
After his studies at the Vienna University of Economics and Business, Dejan Turk started his career in 1995 at McDonald’s Slovenia, and in 2004 he entered the world of telecommunications. He has been the CEO of A1 Serbia and A1 Slovenia companies since July 1, 2015.

In his interview for eKapija, he reveals what his development looked like, but also the development of the company, what the new goals and tendencies are, and he also explains what the role of the CEO is and the essence of the definition of “a good manager”.

eKapija: You have been part of the company since 2004 and the CEO of A1 Serbia and A1 Slovenia since 2015. When you look at the years behind you, what is it that stands out the most? Would you change anything?

– There have been many good moments and several challenging ones, but that’s an integral part of every business. Sometimes things don’t go as planned, but each challenge carries with it a lesson that you need to know how to recognize. There are plenty of moments that I will remember: the arrival to Serbia, to a new environment, culture and people, who had started from a startup, only to get, by joining forces, to over 2.4 million users. Also, we have celebrated nearly a decade and a half during which we have tried to leave a mark on the TC market. The users still recognize us for the first unlimited tariffs, the introduction of the 4G network, the virtual store, but also numerous socially responsible projects, such as A1 Kinoteka, Ekomotivacija, Stari znalci and Svet kakav zelis. Parallel with this, I wanted to create a different internal environment, because people are the driving force for everything. I wanted them to be relaxed, to have an open two-way communication and mutual support at work and outside it. That is why, four years ago, we made the most modern offices in Belgrade, using an open space concept, where no one has their own office, including me. All this has led us here, to the next chapter, which we are developing as an international operator in seven markets of Southeast Europe with over 25 million users. I wouldn’t change anything.

eKapija: You have had the opportunity to observe two markets – Serbia and Slovenia. What are the similarities and what are the differences?

– If we’re talking about the telecommunications industry, both markets are very competitive, Slovenia even more so. There, we are a convergent operator, with mobile and landline services, but the competition is stronger as well. The country is smaller and there are four big operators and several virtual infrastructures to two million residents, whereas, in Serbia, there are three big operators and a virtual one or two. The market development is slightly stronger in Slovenia, in line with the users’ needs and a greater use of digital services. In Serbia, unlimited tariffs are current, but is clear that those trends too will change in the direction of an increased data transfer. If we’re talking about people, each market has its advantages. The Slovenes are slightly more organized and stick to the structures, whereas the team in Serbia solves challenges in a shorter amount of time, with a smaller budget and with perhaps even better results. We have the opportunity to learn from each other, to develop new skills and to be more successful in both markets, which is great, especially now that both countries are under the A1 brand.

eKapija: How do you see the company’s development in Serbia in the future?

– The future will be marked by an accelerated digitization and the implementation of new technologies in all spheres of life and business, so our role is to facilitate the transition to the digital world for our users as much as possible and help them choose the best for themselves from the wide variety of choice. As part of A1 Group, we have a unique opportunity to gain, through a synergy of seven countries, access to innovative products and original services that we will offer to the local market. At the very beginning of the new stage, we presented the Alpha phone and we are currently the only operator with its own brand of devices in Serbia and we are already working on upgrading the network, for which we’ve set aside substantial investments this year, three times as high as in the past few years. More than 70% of our infrastructure will be upgraded, and with it the experience of our users, especially in Vojvodina and in the Belgrade area. At the same time, this is a preparation of our infrastructure for the new technologies that are coming. I primarily mean 5G, which will contribute to the digitization of rural areas, but also the enhancement of fields such as telemetry, traffic, energy, environmental protection, agriculture, industrial production etc. The next important step are digital services related to the safety and protection online, which are in great demand with both business and residential users.

eKapija: How would you rate the role of the CEO of a big company? What are the challenges and where does the pleasure lie?

– I’ve had the opportunity to see how big systems work through various sectors while I was still young, when I worked for McDonald’s, where I went from the lowest position to running the restaurants in two states. This first-hand experience showed me how to learn from my mistakes and how to best organize my time and the business. We live in a time of quick changes and increasing demands by users, which is perhaps the biggest challenge, especially in such a dynamic industry like the TC industry. What’s crucial is never to go “too far” from the end-user. I often visit our call center and listen to what the users are saying. I talk to our employees as often as I can and know nearly every one of them. Being a CEO means being familiar with as many things that happen in your company as possible, anticipating the challenges and constantly learning and working on yourself.

eKapija: You have won numerous famous awards, among them The Manager of the Year. What are the characteristics of a successful manager and what would you advise those who hold those positions or are yet to?

– This acknowledgment is especially dear to me, because it comes from my field, and the honor is even greater seeing how I’m the first foreigner to be awarded this title. It is not enough to have good organizational abilities, but you also have to be a good role-model to the people you cooperate and work with. Being a good manager meant motivating, stimulating and encouraging your employees using a personal example, setting the standards you will meet yourself. It is important to be consistent and prove yourself by action, not just words. Most of all, you need to be emphatic, to build and maintain the spirit of unity, where everyone can feel free to express their opinion.

eKapija: Are you managing to balance your job with your free time and what would you recommend for a vacation or getting away from stress?

– It is very important to find a balance between the business life and the private one. It primarily requires good time organization. Productivity largely depends on how satisfied you are with your work conditions. A1 Serbia is the first one in the country with the Family Friendly certificate and we are really trying to have employees feel as part of a family. We are there to encourage and help each other in any situation. My biggest haven is my family, with whom I try to spend as much time as I can. I also like to play various sports, because that is the best way to maintain your fitness and your spirit.