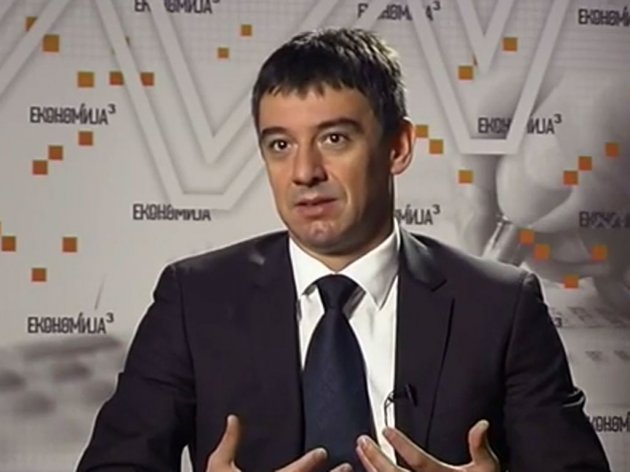 (Photo: YouTube/screenshot)
The Belgrade Stock Exchange crashed during the 2008 crisis and it was only in 2019 that we started to see the fruits of the hard work directed at addressing the key issues of the development of the capital market, including the growth of awareness of key stakeholders, in the private and the state sector, of the importance, potential and strength of the capital market in building a better and healthier society. Having communicated with both during the crisis, I am free to say that this consciousness is now at an even higher level.

This is how Sinisa Krneta, the director of the Belgrade Stock Exchange, responds to eKapija's question about whether the coronavirus crisis will produce the same effects as the economic crisis of 2008.

– I know it will be difficult, probably more difficult than ever, but there are numerous indications that the capital market will finally be understood as one of the cures for our economy, but also the society as a whole – Krneta is optimistic.

There's (partial) reason for it too, considering that, in the past days, the indices have jumped again after dropping at the beginning of the crisis, though investment activities remain low.

eKapija: Last month, we first saw the stock exchange indices drop and then recover suddenly. What has contributed to this?

– It's nothing unusual for crises of such proportions. Large shocks in economies and societies are followed by numerous uncertainties. The only certain thing is that the crisis is global and that the damage is substantial in every sense. Each new piece of news creates an inflation of a new wave of pessimism, which is only occasionally corrected in the sense of the previous intensity of reaction. It is therefore understandable that capital markets are extremely volatile in times of strong crises.

eKapija: Considering that it is shallow and insufficiently liquid, how is our capital market reacting to the current coronavirus crisis?

– Regardless of the decades-long problem with the quality of available securities and the consequently low liquidity of the market material, the Belgrade Stock Exchange is organizationally very strong. Back in late February, we started preparing to activate a plan of continuity of business in line with the current circumstances regarding the coronavirus pandemic. In terms of organization, then, we are very well prepared and capable.

The reaction of the market is the other side of the coin. Even without the current crisis, the securities market run by the Belgrade Stock Exchange is in a permanent crisis for at least 13 years, primarily due to the lack of quality market material which would be interesting to investors. In such circumstances, the market reacts the same as other capital markets, mostly by a delayed reaction. When it comes to the intensity of the reaction, it should be understood that non-liquid capital markets react more strongly by definition, considering how rarefied they are, which makes the drops that much deeper. This time, there are no such deeper-than-average drops in our non-liquid market, which will be subject to more detailed analyses. On the other hand, reactions in all markets not of global importance are always delayed, so it's no wonder that the reactions in our market are always late compared to other leading global, or sometimes regional, markets.

eKapija: Is the lack of large public companies and the lack of quality securities in the market now felt more than ever due to the crisis?

– Serbia has long since lacked such companies on the Belgrade Stock Exchange. Despite the fact that, in times like these, they would be losing the value of their market capitalization, being present on the stock exchange would certainly provide them with a greater choice of market and business medicines for abating the consequences we will all feel during and after this crisis.

eKapija: At the beginning of the crisis, you stated that the Belgrade Stock Exchange had automatically guided mechanisms which are activated in crises, preventing dramatic disturbances in market trading, that is, drastic drops or jumps when it comes to the price of shares. Have they helped?

– Of course. We didn't invent those mechanisms, but we are very proud that in the conditions of a very long unfavorable period for the capital market in Serbia we managed to implement them in the Belgrade Stock Exchange as well. Their help is best reflected in the intensity of the daily oscillations of our leading index since the beginning of the crisis period.

eKapija: Where is BELEX15 now? What is the situation like when it comes to companies' shares and what can we expect in April?

– Practically, the loss of the market since the beginning of the year, measured by the BELEX15 index, is fully equivalent to the losses incurred in March. The prices of companies' shares and the value of the index were in a constant drop until March 24. Since then, including the first days of April, we have been witnessing an increase in the prices. This could mean that the initial reaction was brutal and over-pronounced, which, in such crises, is fully understandable from the side of investors. On the other hand, it could be mean that investors have faith in normalization and resumption of economic and life activities in the foreseeable future and that they are preparing for a new-old time. There's also a potential third motive, which will define investors' actions, but I believe it's something no one wants to see.

eKapija: What was the total trading on the Belgrade Stock Exchange in the first quarter, in the shares market and in trading with government bonds?

– You might be surprised, but the average trading value in the first quarter of the current year, for both shares and bonds, is competitive to a high degree with the average values from the past years. It shouldn't be so surprising, though, as there needs to be something that drives both the increase and the drop in the value of financial instruments – in this case, trading.

eKapija: What are the further expectations regarding investments?

– Investors are characterized, among other things, by an appetite for risk-taking. Therefore, there will always be investors in the market. That is why the market per se is a healthy circumstance in every society.

eKapija: Experts says and experience confirms that a drop of the dinar in the upcoming period is inevitable. How will this reflect on investments, considering that the weakening of the domestic currency lowers the real profit of investors in the market?

– I wouldn't want to comment on such expectations. Whatever the circumstances are, there will always be investors in the market, whatever their number may be. The key thing for each capital market and each stock exchange is primarily the question of the quality of the available investment alternatives and their number. It is the lack of a substantial number of such securities, and not the dinar exchange rate, that is the greatest danger to the Belgrade Stock Exchange.

eKapija: According to you, what should be done in order to maintain activity in the stock exchange?

– Last year, the preparation of a national strategy for the development of the capital market started. Of course, it will not be finished within the set deadline, because of the new developments. Also, all the inputs of the Belgrade Stock Exchange for this strategy will show their significance in the future.

eKapija: Can you compare this crisis with the one from 2008?

– In general, the difference is huge. The 2008 crisis originated in the financial sector and the reach of concentric circles from the epicenter of the crisis was predictable and, in my assessment, not comparable at all with the proportions of this crisis. In this situation, it's difficult to identify an industrial sector which will not be damaged substantially. Even the production of specific medical equipment, which is on the rise at the moment, will be affected by this crisis.

For the Belgrade Stock Exchange, however, the 2008 crisis is still the mother of all crises, or at least that's what it looks like to me at the moment. At the time, all the illusions about the foundations of the building of a capital market, some of which were very widespread, even among experts, broke down. In 2008, a crisis of the Serbian capital market was diagnosed and is still in effect.