Miodrag Skrbic, Founder and President of NITES Group – We work as a team and are smarter, better and more coordinated with every new day 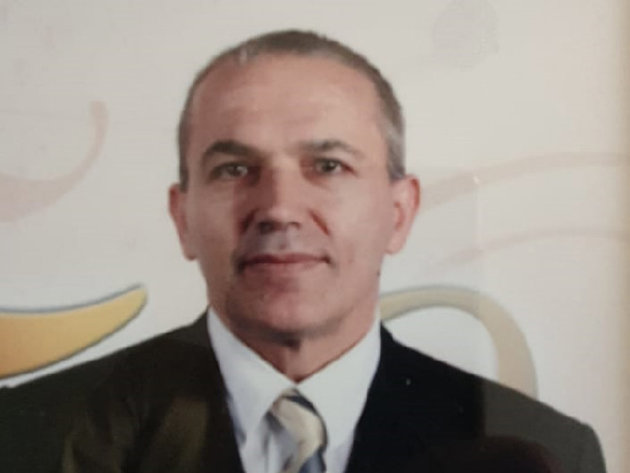 Miodrag Skrbic (Photo: Nites)
Miodrag Skrbic lives in Prague and is the president of NITES Group, which provides services in the field of information technologies in the sectors of telecommunications, energy and health protection. The company operates successfully in several states of central and southeast Europe.

He was born on January 20, 1956, in Hotkovci, near Glamoc, B&H. Immediately after his birth, Miodrag's family moved to Banjaluka, where he finished elementary school, and then to Sarajevo, where he continued his education and started his successful professional career. Miodrag Skrbic earned an MS degree in electrical engineering at the Faculty of Electrical Engineering in Sarajevo, Department of Informatics. Previously, he earned his BS degree at the Department of Telecommunications.

He also played in the Yugoslavian Junior National Team in 1973, with Ante Mladinic as the coach. Due to his studies and his dedication to science, he stopped playing football professionally, but as soon as he graduated, he played several seasons for Famos Hrasnica FC. He remained active in sports and had a career as a football referee until he started a private business. Between 1987 and 1989, he was a referee in the Yugoslav First Federal Football League.

Miodrag Skrbic was one of the first private entrepreneurs in former Yugoslavia.

– I founded my first company, called Grad, together with my friends Nihad Hurem and Mirko Jelcic, in Sarajevo in the late 1980s. In the early 1990s, as the war started, I left for Germany, where the three of us took over the ownership of the company NED Electronic GmbH. After east European countries opened in 1993, I moved to the Czech Republic, where me and my friends, and NED Electronic, with the participation of Tesla Votice, a former leader in the electronic industry in eastern Europe, founded STROM Telecom.

After the company's successful start, Miodrag Skrbic and his friends bought out Tesla Votice's ownership share, and then the Tesla Votice factory itself, which led to the establishment of Prague's most famous TC company, STROM Telecom.

– In the late 1990s and early 2000s, STROM Telecom expanded rapidly in Russia and former Soviet Union states, Germany and central Europe and then in Congo and Uganda in Africa too. At the Geneva show in 2003, STROM Telecom signed a contract worth USD 20 million on the delivery of its digital switching systems to Collax Telecom Holding, a company which, in addition to the German market, also operated in the American market. The company reached the number of several thousand employees in several states and an income measured in hundreds of millions of euros.

In February 2007, STROM Telecom, together with SITRONICS TS Holding (a member of AFK Sistema) successfully listed on the London Stock Exchange, which was the most successful IPO of an IT company whose owners come from former Yugoslavia.

– The high quality of service, the readiness of STROM Telecom to implement international standards and the listing on the London Stock Exchange provided us with access to international capital, so the company soon started doing business with the AFK Sistema corporation, one of the largest groups in Russia and the world. The biggest Russian operator, MTS, together with its branch offices in Ukraine and Belarus, uses hardware and software developed by STROM Telecom's engineers. After listing on the London Stock Exchange, in 2007, STROM Telecom was bought by AFK Sistema and the company was renamed as SITRONICS TS and then NVision.

After STROM Telecom was sold, Miodrag Skrbic founded several companies in different countries. In the period between 2007 and 2011, thanks to his experience and business contacts, these companies were consolidated in another serious business system, called NITES Group. With NITES, Miodrag Skrbic once again organized young, flexible and dynamic development teams of engineers, teams for system integration and support in several cities (Prague, Moscow, Belgrade, Banjaluka and Sarajevo) throughout Europe.

– The quick development of NITES in central and eastern Europe followed as the result of the innovative approach to development and implementation of complete software solutions applicable primarily in TC, energy and healthcare.

Miodrag Skrbic used his experience in the TC sector and invested in the energy sector. He organized a serious development of his own software solutions for remote control and reading of measuring devices, transfer, processing and management of the collected data and for power distributors to communicate with their consumers.

– As the result of the innovative approach to development and implementation of complete software solutions, at the 2009 Brussels Innova/Eureka salon, NITES was awarded with the European Order of Merit for Invention for its contribution to development of innovations in electrical engineering and IT.

Thanks to his experience, Skrbic directed his associates toward an own development of innovative software solutions, custom-designed in line with the real needs of large client, thereby positioning NITES as a group with leading companies in the markets of CRM, AMM, MDM, Billing, ESP, ePrescriptions and Smart Cities.

A special place in the development and implementation of the company's solutions in the health protection sector belongs to the information system for the archiving, analysis and processing of medical data in centers for radiology diagnostics which accelerates business processes and increases productivity and efficient use of the existing radiology resources. Another solution in this sector that should be highlighted is ePrescriptions, as a replacement for paper prescriptions, which connects health institutions and pharmacies. This solution makes it easier for chronic patients to get therapy, enables doctors at health centers to dedicate more time to patients and considerably reduces the administrative procedures related to obtaining the medicines.

– As a company which is showing an increasingly serious potential for growth, NITES is successfully making many partnerships with important world companies (ORACLE, SAP, Mühlbauer, Deloitte, ATOS and others), with which it successfully realizes very demanding and large projects as a system integrator or through joint development and customization.

In addition to the successfully realized projects with large TC operators and in various power distribution systems, NITES is successfully expanding its activities to the field of electronic government and smart cities, in line with Miodrag Skrbic's vision.

– The projects that are spreading throughout the countries of the region and Europe bring NITES significant experience and references and enable the realization of projects of all sizes, especially large projects. NITES is realizing its projects and other activities as a team, becoming smarter, stronger and more coordinated with every new day.

Skrbic insists on a professional approach, realistic assessments, efficient problem-solving and constant investment in the employees and new technologies, which increasingly sets NITES apart in the market.

– We have dedicated a lot of attention to helping a wider community. In addition to numerous donations, investments in the education of six talented young people from the former Yugoslavia region stands out. We enabled them, by financing their entire studies, to graduate from prestigious European universities and then get employed at NITES Group.