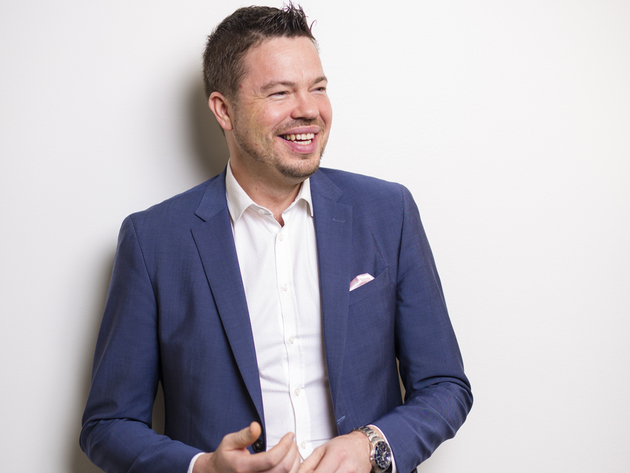 Kari Herlevi (Photo: Miikka Pirinen)
Using the planet's resources and piling up waste is the current economic model, which is unsustainable and harmful to the environment. On the other hand, a new approach in the form of circular economy, which combines economy and a waste management system may be the answer to the growing needs of the humankind.

We asked Kari Herlevi, one of the world experts in this field, how circular economy is implemented by developed countries and what Serbia could learn from the best.

Kari Herlevi is the project director in the Finnish Innovation Fund Sitra, whose objective is a stable and even development of Finland. In his interview for eKapija, Kari Herlevi says that he hopes that, in 2050, we will have a society where human development and progress will not harm the environment and that Serbia can learn a lot from Finland.

– Our economic model today is deeply dependent on unsustainable use of natural resources. To tackle the biggest challenges of our time, like climate change and over consumption of natural resources, we need circular economy in which consumption is based on using services – sharing, renting and recycling – instead of owning things and consistently producing more goods.

eKapija: In which other sectors is circular economy possible?

– Eventually circular economy will touch every sector. In fact, at Sitra we claim that in the future most of the value creation of companies will come from circular economy business models. The business potential is enormous. There are, however, some key sectors that are crucial enablers for the systemic change, such as construction and agriculture.

eKapija: What turned out to be a good circular economy practice in Finland?

– In Finland the key has been involving the whole society to the circular economy. This has demanded diverse cooperation and coordination between different sectors.

eKapija: Finland adopted the Finnish road map for 2016-2025. What specific measures does this plan entail, and what has Finland accomplished so far?

– The first road map published in 2016 set out Finland’s starting position and route to achieve a circular economy. To raise the level of ambition and to speed up the change, the road map’s second edition was published this year.

The updated road map gives objectives to the four central target groups: government, companies, citizens and municipalities and cities. It presents strategic objectives that extend through the entire society and uses society’s different sectors to depict the visions of a circular economy in even more detail.

As part of the implementation of the road map, Sitra has been enhancing the practical adoption of a circular approach by co-creating and providing funding for dozens of projects. For example, the Finnish education system is in the process of introducing circular economy perspectives to teaching to ensure that circular economy thinking reaches as many Finns as possible and future experts are provided with the tools they can use to build a sustainable future. Kemi-Tornio’s circular economy industrial park is disseminating its circular model for heavy industry to other parts of the country through a national network of eco-industrial parks. Sitra has also been involved in the testing of new regional mobility services and the generation of regional, sustainable food systems in Finland.

eKapija: What could Serbia apply from that?

– Collaboration and stakeholders are the key – without vast commitment it is hard to make big changes. Governments have an important role to facilitate the road map process but the stakeholders need to be present in the work: companies, cities, NGOs and citizens. The smaller the focus area of the roadmap, the higher social inclusiveness should be. This way the circular economy becomes closer to citizens and business. If vast support of the stakeholders is reached, the implementation of the roadmaps will be more successful.

eKapija: Do countries that are not so economically developed have the capacity to develop and introduce the concept of circular economy, such as, for example, Serbia?

– Definitely. We have examples of circular economy success stories in all kinds of economies. Circular economy activities are not dependent in the size or development of economy but more of the innovative use of products and their by-products.

eKapija: How could the conception of circular economy for the countries, firms and individuals be profitable?

– The economic potential for national economies is enormous. As stated by the study conducted by Ellen MacArthur Foundation, the circular economy could boost Europe’s resource productivity by 3 percent by 2030, generating cost savings of EUR 600 billion a year and EUR 1.8 trillion more in other economic benefits.

The economic potential in circular economy is based on creating added value throughout the life cycle of a product, without constantly producing more goods or extracting more raw materials. Companies create added value for their products by means of services and smart approaches as well as maintenance, reuse and remanufacturing of products, and maximizing their usage rates.

eKapija: How to bring citizens closer to the significance of a circular economy?

– Citizens have a crucial role in the transition to a circular economy, as the way we consume plays a key role in this transformation. Being able to make the right choices requires awareness, so it is essential to increase discussion about the environmental impacts of everyday life and to inspire people to make sustainable choices. At Sitra, we emphasize that at best, circular economy helps cutting personal carbon footprint and improving the quality of life of an individual.

We have for example published a site that describes the environmental impacts of common everyday choices: 100 ways to be smart and sustainable.

eKapija: SITRA was recognized for its work in 2018 at Davos. What are the current goals and the main focus of this fund?

– We continue to drive the change in the Finnish society through funding and vast cooperation. In addition to this, in the future Sitra’s work will continue with an increasingly international focus as the goal for the next project is to scale up fair circular economy solutions globally to tackle global sustainability challenges.

eKapija: In recent years, awareness of environmental protection has been raised. How do you see the world of 2050?

– If we make the right decisions and commit to them now, in 2050 we might see a world that has already achieved to decouple human well being and growth from exploitation of environment and biodiversity. We have understood the limited amount of virgin natural resources and the economy has been adapted to ecological planetary boundaries.