Momir Djekic, Chief Disruption Officer TeleGroup Innovation – Innovation is the measure of the sustainability of a business in digital economy 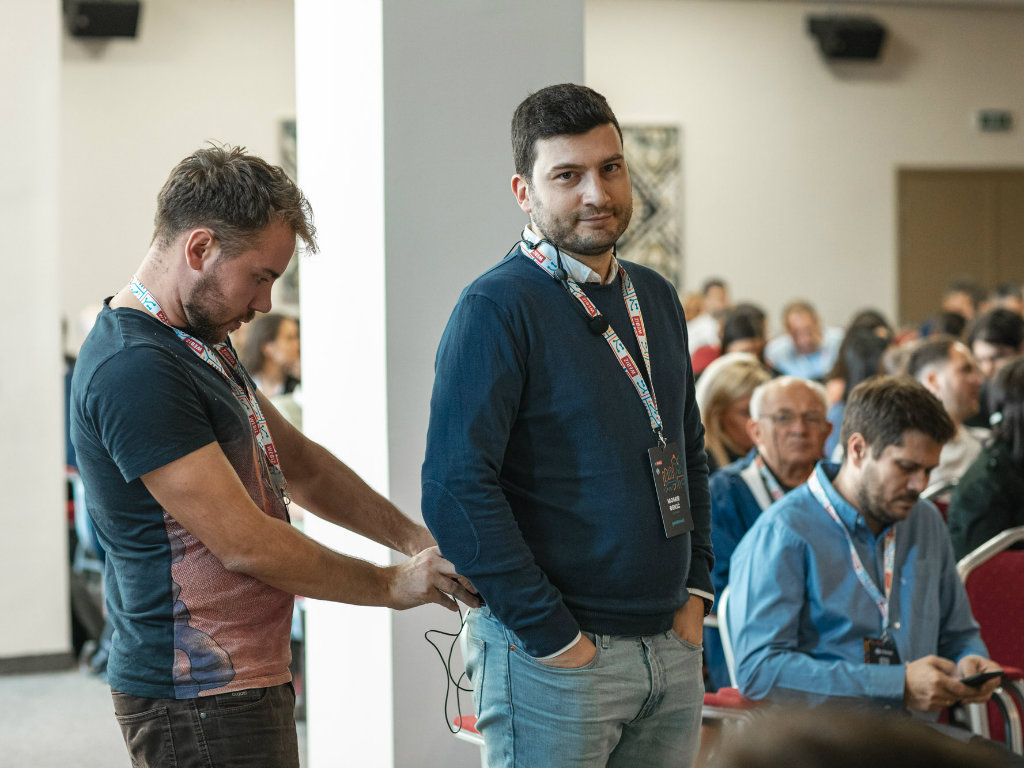 Momir Djekic
There is no single model for digital transformation in the world, and the “change management”, which pertains to changes in business, is nothing new either. The only thing that changes are modalities of changes in a company, Momir Djekic, Chief Disruption Officer in the innovation team at TeleGroup, and one of the participants in the conference “Webiz Education – Digital Economy”, recently held in Nis, says in his interview for eKapija.

As he says, twenty years ago, we had no internet, ten years ago, the internet was not as fast as it is now, and two to three years ago, Instagram was nowhere near as important as it is now. That is why, considering this range of changes, which happen too fast, we can't say there's a uniform solution or a model that can be applied to all businesses equally.

– Changing one's glasses, makeup, hair or a watch is not what transformation is. Transformation is when, for example, you go to India and decide to act like someone who lives there for 20 days, in order to see if you find it acceptable or not. That's real transformation. Also, buying new CRM software in order to keep records of business opportunities is not transformation. People often think that they've made a digital transformation if they've invested in CRM, ERP or digital marketing. But that's not enough, and here's why. The first reason is that, in order to be efficient in digital marketing, you need to know that you can't be if you don't know which information comes from the market, how customers perceive what you deliver and what your competition delivers, but also what you want to deliver. If you don't know that, whichever digital marketing strategy you choose to carry out, whichever technological tool you pick, you will not be successful enough and you will waste money.

eKapija: You also mentioned that it was important to change one's way of thinking, and it's not a secret that people in Serbia are slow to change their habits and that, if a model produces results, we tend to hold on to it, refusing innovations. How can we change this?

– First, we need to differentiate between those two very important aspects – a habit is one thing, whereas awareness is another. People are not prone to changing their habits, but they can change their awareness, even if they stick with the habits. How do we get there? Unfortunately, this need is often based on irrational things, so it often happens that you try to motivate people to do something with fear. Then you deal with their habits. We need to be aware of the globalization and the opportunity provided to us. It's not enough to lean on past knowledge to have sustainable operations in the future. New age – new rules. If we don't change the awareness, it's unrealistic to expect success. 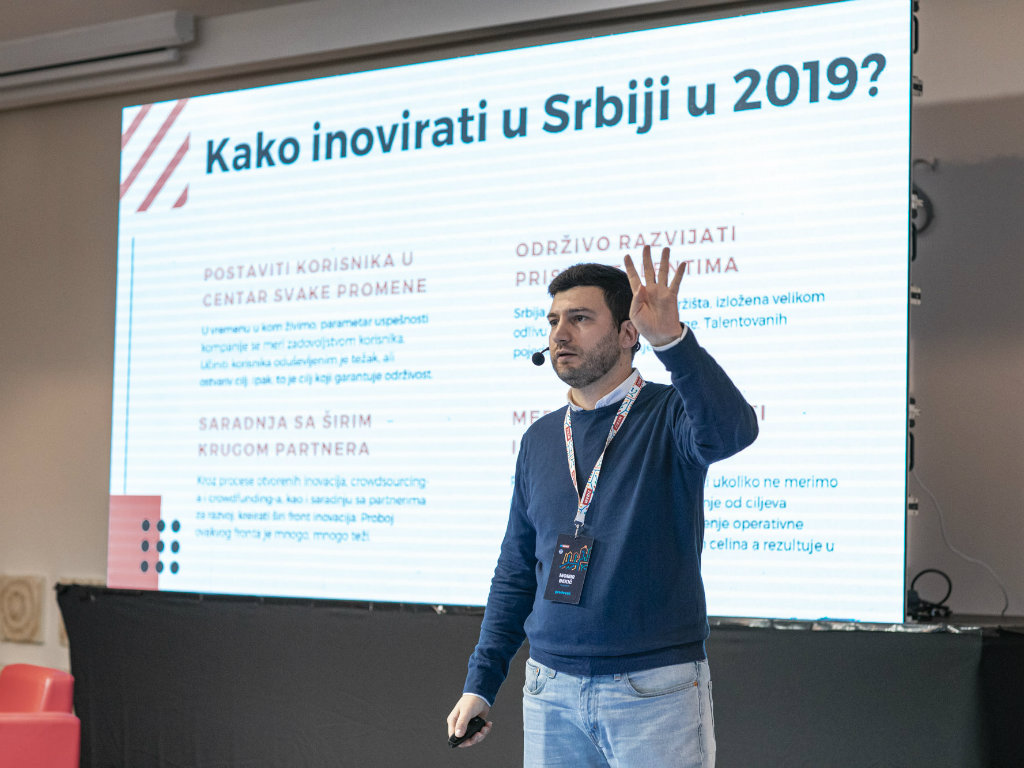 eKapija: Is there a formula that you've implemented with the clients you've worked with when it comes to the transformation process? What are some common weak points?

– Companies are most often not aware of their values and have no strategy, except on paper. They also don't communicate their vision and mission to their employees, they are not organized as corporations, regardless of them having outgrown the entrepreneurial framework a long time ago. Loyal employees who don't know what their job is and who are ready to do whatever they're told to do are still valued. However, until we start communicating real values, we will not be able to change the awareness. When I visit a company with 100 or 200 employees and ask them whether their employees know what the company's values are, they can't answer. I also ask them what kind of goals the person in charge of development at the company has, and I'm often told that there is no such person and that they don't believe they need one. That's what needs to change.

eKapija: Serbia is mostly behind the global trends and rarely the first in anything, judging by the statistics. Since there's been a lot of talk in the past years about digital transformation and implementation of new technologies, apps... how would you rate Serbia's current position on a scale of 1 to 10?

– There's one thing in which Serbia is the first in Europe and which is very important. It is the first in the per capita number of people active in creative industries. Considering how far behind we are in some other fields, when it comes to digital transformation, Serbia is not so slow compared to other countries of the region after all. Still, if we're talking about digitization, we can't just consider one factor. So, if we're talking about digitization of the public administration, for example, Serbia gets a six, whereas, when it comes to the habits, which are also down to the generation gap, the grade is much lower.

eKapija: A lot of professions have appeared recently that would have been unimaginable several years ago. What will the Fourth Industrial Revolution bring to Serbia in the next 10-15 years when it comes to new jobs? What should we focus on?

– At TeleGroup, we've gone through a very important change within the organization and created a spin-off called TeleGroup Innovation. Our task is to deal with innovations in the market, so that the parent company would even have a chance of becoming a popular employer in the upcoming year, the kind that young people want to work for. Our attitude is that young people will want to work only in companies that work on “smart” things and communicate certain values. In around 15 years, 80% of the current professions will exist only in traces, whereas professions which we can barely even perceive today will be dominant. Companies need to realize that the necessity of change is real and that perhaps the most important key word in that process is innovation. In the next ten years, companies which operate in our market will have to find a way of changing – to put it another way, change or be replaced. Through out Innovation team, we are working on this all the time. On one hand, we are changing ourselves, while on the other, we help other companies find new assets.

eKapija: What will TeleGroup work on in the upcoming period?

– TeleGroup is a large company which covers a range of technological and business aspects in the local and the regional market. As any other company, we will try to cover a wide range of activities, in order to secure the profitability, because it's hard to survive in Serbia if you're only active in one field. Also, our Innovation team will maintain balance between all these business aspects, which is very important. When it comes to plans pertaining to a transformation of operations, we aim to keep helping companies in the Serbian market and beyond realize why innovation is the measure of the sustainability of a business in digital economy. This is especially important in the context of the local market, which is characterized by a wide range of activities and thereby has to defend an oversized front.

Log in to view complete information:
Forgot your password? Click here HERE
For free test use, click HERE
Latest
Most read
Serbia to Get Quotas for 2023 for Export of Cheese, Alcoholic Beverages and Cigarettes to EAEC 27.06.2022.
New Energy Scout Generation Selection 27.06.2022.
Rebuilt Border Crossing Kotroman Between Serbia and BiH Opened 27.06.2022.
The Gadget That Will Make Your Summer Better – A Perfect SSD for Fans of Travel 27.06.2022.
Reconstruction of Rajko Mitic Stadium to Cost Around EUR 65 Million – Club’s Annual Income to Be EUR 50 Million, Terzic Announces 26.06.2022.
Ecological Construction Principles on Cigota – Eco Settlement 360 Offers Modern Mountain Houses at Altitude of Over 1,300 Meters (PHOTO) 27.06.2022.
MK Group is Constructing its Fourth Wind Farm and the First Agro-Solar Project in the Region 03.06.2022.
Rebuilt Border Crossing Kotroman Between Serbia and BiH Opened 27.06.2022.
Učitavam ...
Weather
Weather forecast