Ivan Simic, tax advisor – The best way to fight the gray economy is to reduce unemployment 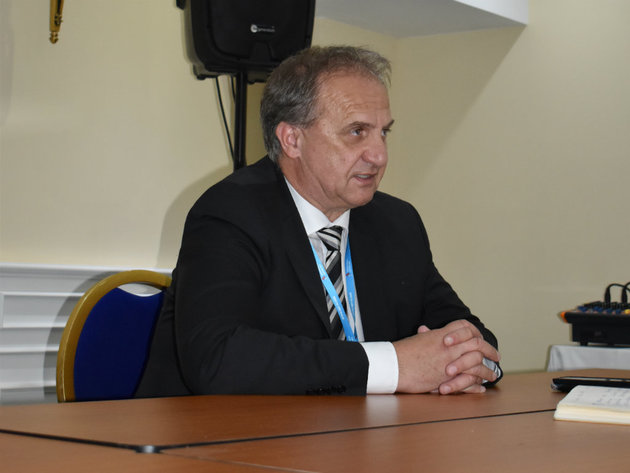 Ivan Simic
At the recently held Congress of Tax Advisors, the Association of Tax Advisors of Southeast Europe was founded, and the essence of founding this informal association is for tax advisors to connect on the regional level and cooperate, Ivan Simic, a tax advisor from Slovenia and the former acting director of the Tax Administration of Serbia, says for eKapija. Simic has an impressive experience in the tax systems of Serbia and Slovenia, and he is currently the president of the Association of Tax Advisors of Serbia and Davcno Svetovalna Zbornica Slovenia.

– Some countries consider the profession of the tax advisor unnecessary, although the experience of Slovenia is that it has had tax advisors for 26 years now. Today, even the Tax Administration is more ready to cooperate with tax advisors than with taxpayers in taxation procedures, as it finds tax advisors easier to communicate with. Taxpayers often don’t understand things the best and that’s where tax advisors help. This profession is a so-called free profession and, in the EU, it is a profession that is not required to be regulated by law. In Slovenia, there is no law on tax advising, and there are three organizations which gather tax advisors. As a tax advisor, it’s important to be accepted by the client and the tax administration.

eKapija: What has changed in the tax system of Serbia compared to 2013 when you were heading the Tax Administration?

– I have noticed that nothing truly new has been implemented. When I came to Serbia in 2012 as an advisor to the then finance minister, Mladjan Dinkic, less than 1% of the taxpayers used electronic operations. After six months, I became the acting director of the Tax Administration and in those 11 months that I spent leading the Tax Administration we invested a lot of effort to convince taxpayers that electronic operations made things easier for both them and us. We therefore implemented a unified payment procedure, which was launched as a test on January 1, 2014, which meant that we went from 0.0% of submitted electronic tax return forms to 100%. A single form and a single account for all income taxes and contributions were thereby implemented. Prior to that, there were more than a thousand payment accounts. The submission of VAT return forms went from 0.32% to over 50%, and on July 1, 2014, it was practically 100%. We also prepared everything that was needed for the electronic submission of annual tax returns for legal entities and entrepreneurs, which was implemented later.

eKapija: Where do you see room for improving the tax system in Serbia?

– I see a lot of room for progress and improvement, primarily in having the current information system working without difficulties. Plenty of times, my colleagues from Serbia call me to tell me that they can’t process tax return forms because the system is not working. Those things can happen, but they mustn’t happen often. The hardware and the software used by the tax administration need to enable an unobstructed filing of all tax returns at any time, even when the system is at the peak overload.

I also see that people are quite reserved in filing foreign income tax returns. In Slovenia, this is an entirely normal procedure. All Slovenian taxpayers can found companies and open personal accounts in banks abroad. They need to let the tax administration know what their shares in those foreign companies are. They also need to report the names of the banks and the account numbers they opened there. After that, they need to report all the related income each year, meaning, interest, dividends and capital gains. The tax administration is thereby provided with all the data. Another positive thing is the sharing of these data between states. The Slovenian tax administration gets all the data from EU states and the states with which it has signed the OECD agreement on the exchange of data. I believe that there’s no need to hide these things, and if Serbia opened that data, under the condition that everyone who has accounts in foreign countries must report them within, say, half a year, without paying a penalty, people would do so and it would increase tax revenues as well, because people would report dividends and capital gains and so on, which they’re probably not doing now.

eKapija: To what extent is the economy in Serbia burdened by taxes compared to Slovenia?

– Compared to Slovenia, the economy in Serbia is less burdened, the taxes are much lower, except for social contributions, which are a special category and there’s not much room for them to be reduced without also reducing the rights arising thereof. For example, social contributions within salaries in Serbia amount to 38%, whereas, in Slovenia, they’re at 38.2%. I’m taking about the amounts paid by both the employer and the employee. The big difference between Slovenia and Serbia is in the personal income tax, especially in salaries. In Serbia, the percentage is fixed at 10%, whereas, in Slovenia, it’s progressive, ranging between 16% and 50%. Also, in Slovenia, contributions are calculated for any wage amount, whether it’s 20,000 or 30,000 euros, and Serbia has a limit. In Serbia, the income tax for legal entities is 15%, and in Slovenia it’s 19%. The government in Slovenia is planning to raise this in the next three years to 20, 21 and then to 22%. The tax rate for interests and dividends is 25%, and a tax rate of 30% is planned from January 1, 2020. In Serbia, it is 15%. Capital gains are taxed at the rate of 25%, which is lowered each five years and it is only after 20 years that it is no longer taxed. In Serbia, the rate is 15%.

One of my suggestions is for all the tax that hasn’t been collected and is now expired to be deleted from all registers, meaning even from off-balance sheets. Those taxes can no longer be collected, so there’s no sense to have them registered anywhere. Also, more time needs to be dedicated to employees at the tax administration and to taxpayers.

eKapija: What is your opinion of the VAT? Should it be reduced?

– I don’t think it should be reduced. Instead, I’d rather reduce some other tax burdening companies or citizens. Even if we reduced the VAT, say for lower rates, from 10% to 9%, I believe that the prices would not drop. A concrete example is that, if something costs 100 dinars, the VAT is 10 dinars, and if the rate were lowered to 9%, the difference would be 1 dinar. The VAT is the tax that fills the budget most quickly.

eKapija: How to fight the gray economy?

– Numerous experts deal with that problem and it’s a topic at various meetings every year. I believe that the gray economy is best fought through the reduction of unemployment and the raising of people’s awareness of issuing and taking fiscal receipts. In order to have a better supervision, online fiscal cash registers should be implemented, as they allow for control of the issuing of receipts at multiple levels, and even the supervision of illegal employment should be implemented. At the time I was the acting director of the Tax Administration of Serbia, we prepared everything for online fiscal cash registers to be implemented, but those who sold and maintained the then and now obsolete fiscal cash registers started sending letters to the president, the prime minister, other minister... and because we were not supported by the then finance minister, Lazar Krstic, we didn’t implement them. I left the Tax Administration afterwards. Now I hope they finally implement them.

THIS ARTICLE IS A PART OF A SERIES OF ARTICELS ABOUT THE 5TH INTERNATIONAL CONGRESS OF TAX ADVISORS ON ZLATIBOR, AND OTHER ARTICLES CAN BE FOUND HERE.